Another billionaire TV star would like to be president now 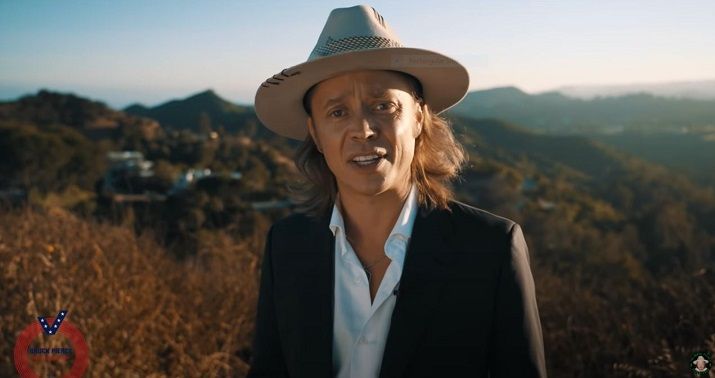 Just when you thought it was safe to go back into the political waters, secure in the knowledge that the race has come down to President Trump versus Sleepy Joe Biden, someone else has to come along and try to muddy things up. But for once, we’re not talking about Kanye West, though he’s still trying to get his foot in the door for some reason. No, in this case we’re talking about yet another person looking to buy their way into a presidential bid, and his name is Brock Pierce.

If that name sounds familiar to you (confession: it didn’t to me), it may be because he was a child actor who starred in a couple of the Mighty Ducks movies as well as a television series called First Kid. Or you may know him for his shocking success in investing his Hollywood cash into cryptocurrencies and racking up quite the fortune. He announced his candidacy on the 4th of July but was a bit overshadowed because that was the same day that Kanye threw his hat in the ring. But where Kanye seemed to dither, Pierce has been hard at work. He’s on the ballot in at least 15 states and he may make it onto as many as five more before all the deadlines expire. So what does he think he has to offer? He tried to explain it to the New York Post this week.

After acting, Pierce got into bitcoin, internet gaming and other tech ventures where he made his fortune. Now the 39-year-old single father of two daughters with two different women is pivoting once again — to the presidential campaign trail.

“Whether we go left or right, it doesn’t feel like we are making progress or going forward as a country. We need … game-changing change. It is time to upgrade the operating system of America. America 2.0,” Pierce told The Post, adding that neither Trump or Biden have a real “grasp of technology.”

Pierce doesn’t sound completely delusional, but his overall plan falls into two stages, one extremely short-term and the other very much suggesting he’s in this for the long haul. He knows that he’s not on the ballot in enough states to win enough electoral college votes on November 3rd to be elected outright. But he suggested during the interview that if he could win enough states in a very close election, he could prevent both Trump and Biden from getting to 271. Then the election would be tossed to the House of Representatives, where he somehow envisions himself as “a compromise candidate.”

Well, I suppose you need to dream big when you’re a 39-year old billionaire. But color me skeptical to say the least.

Even if he fails, however, Pierce is saying that he’s in this for the next 40 years. His real goal is to help build a viable thrid party in the United States so the White House won’t always be occupied by a Republican or a Democrat. That’s another dream shared by many people, but it never really pans out, does it? After all, the Libertarians have been trying for decades and they’ve never come close to shaking thing up at the national level. Of course, Pierce may be able to glom onto some existing third party and try to ramp it up. (He’s on the Independence Party ticket in New York State this year.)

The real question is whether he can have any impact on the general election. He’s putting tens of millions of dollars of his own money where his mouth is and buying advertising time in a number of key states. He clearly has some money to burn and he’s hiring experienced consultants to help him develop a following. It may sound crazy, but look how far Bloomberg moved the primary polling in several states in only a month or so by flushing massive amounts of cash into his campaign. Could Pierce do something similar? He considers himself to be more progressive than Joe Biden, so he’s far more likely to drain votes away from Uncle Joe than the President. In a state like Wisconsin or Pennsylvania, could that be enough to make a difference?

In any event, to get an idea of what style of advertising Pierce is going with, here’s one of his first offerings, found at his campaign website. It’s actually pretty well done.