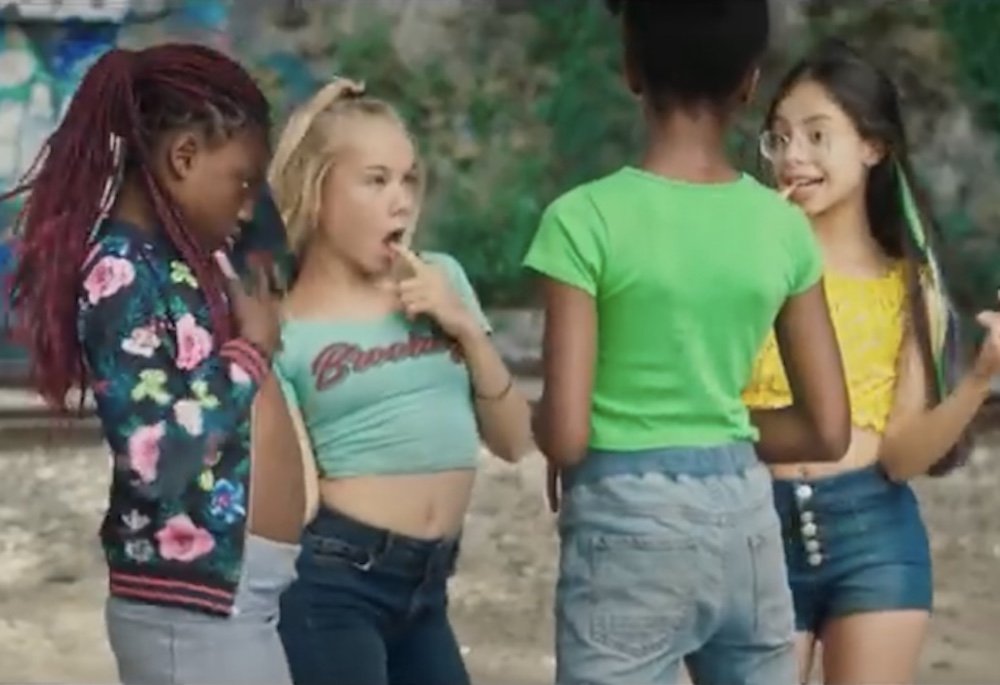 The French film “Cuties” is about Amy, an 11-year-old Parisian, who struggles to balance the strict rules of her Senegalese Muslim family and the hyper sexualization of young girls on social media. Amy and her friends are part of a dance troupe that dresses in revealing outfits while performing suggestive choreography.

“I urge the Department of Justice to investigate the production and distribution of this film to determine whether Netflix, its executives, or the individuals involved in the filming and production of ‘Cuties’ violated any federal laws against the production and distribution of child pornography,” Cruz wrote, joining a growing group of Washington lawmakers calling for a Department of Justice investigation of Netflix over airing the new film “Cuties.”

As a father of three young daughters, I find “Cuties” sickening. Glad to join @SenTomCotton in calling on the DOJ to bring charges against Netflix for distribution of child pornography. https://t.co/xmHO3b1yLN

“As a father of young daughters, I find it sickening. Not only is this movie fodder for pedophiles, it encourages very young girls to defy their parents’ wishes and share pornographic images of themselves with strangers,” Banks told the Daily Caller. ‘The lessons taught in this film are not ones I want my daughters learning.”

Banks added that the DOJ should be “readying charges against Netflix for distribution of child pornography.”

The initial outrage over the new film was ignited after Netflix released a promotional poster for the film in mid-August which depicted the four main character young actresses in suggestive poses and exposed midriffs. Netflix apologized for the film’s artwork, calling it “inappropriate,” but did not stop the film from being released on their platform this week.

Since its release, a growing campaign to “cancel Netflix” has ensued. For the past several days on Twitter, “#CancelNetflix” has been a top trending topic. In addition to the trend, a series of petitions, signed by hundreds of thousands, have encouraged many to cancel their Netflix subscriptions.

Cancel your Netflix subscription. Do not support the sexualization of children. pic.twitter.com/JIQXRc1GFC

“Cancel Netflix” trends are not new. In 2018 Netflix confirmed that it had signed a multiyear deal with Barack and Michelle Obama, inciting outrage from conservatives. Earlier this year, people threatened to cancel Netflix over “365 Days,” a movie that petitioners argued glorified sexual violence against women. This time, however, Netflix may be feeling a more impactful financial blow than ever before.

Ryan Fournier who campaigns for younger Trump voters wrote on Twitter that it is “good” Netflix has lost over $9 billion in stock market value since the #CancelNetflix hashtag began.

Netflix has lost over $9 billion in market value since the #CancelNetflix hashtag went viral.

Any network that promotes pedophelia should fall.

The 35-year old French-Senegalese director of “Cuties,” Maimouna Doucouré, has defended her movie as a commentary on the dangers of society sexualizing its youth. Many in the corporate media have jumped to defend the film, in addition to a number of leftists in Hollywood, like actress Tessa Thompson, who called the film “beautiful.”

Disappointed to see how it was positioned in terms of marketing. I understand the response of everybody. But it doesn’t speak to the film I saw. https://t.co/L6kmAcJFU1

Critics of the film have fired back, saying that the disturbing and graphic imagery defeats the purpose of exposing the oversexualization of children in our culture.

Lila Rose, a pro-life advocate and campaigner for children’s rights, explained that, “You don’t fight child exploitation by exploiting children.”

Filmmaker Sonia Poulton sounded off on Twitter saying, “If you call ‘Cuties’ art or a ‘social statement’. I call you a child abuser. We have no time for niceties while children are being sexualized for mass entertainment. #CancelNetflix”

If you call ‘Cuties’ art or a ‘social statement’. I call you a child abuser. We have no time for niceties while children are being sexualised for mass entertainment. #CancelNetflix