The real conversation on racism is much more difficult but necessary 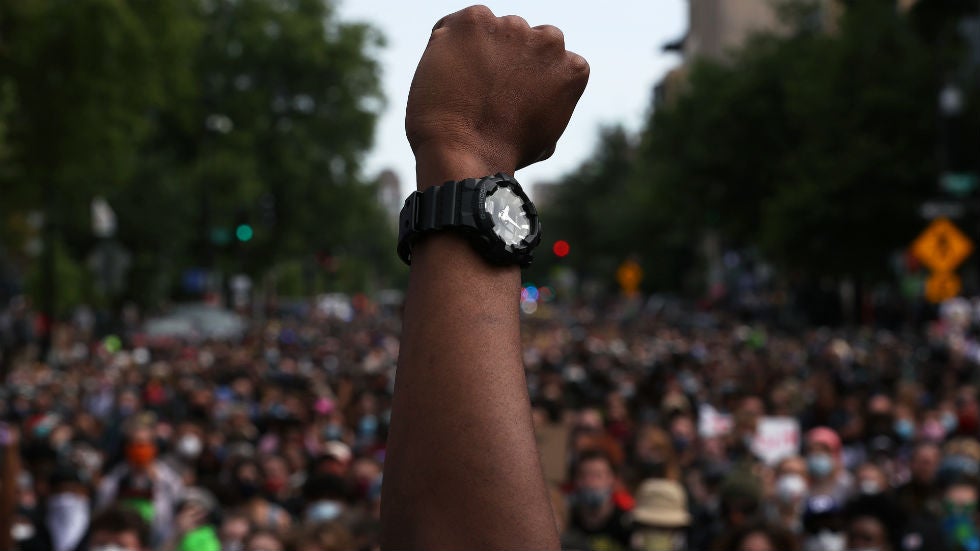 The National Football League sought this week to address calls for racial justice with a demonstration of players, signs proclaiming “Black Lives Matter” and “End Racism” painted in end zones. The response was not uniformly positive, including loud booing from some fans.

The controversy grew after announcer Cris Collinsworth profusely praised the demonstration but added, “Let’s just get that out of the way and go call a football game.” Some objected to his transition. Others such as former Bill Clinton adviser Paul Begala objected that announcer Al Michaels did not declare his own support. “Crickets,” Begala suggested, were not enough, leading some observers to object to the pressure of compelled speech.

A greater concern may be the impact of such corporate displays and whether they constitute real progress toward racial justice or are a ploy that will effectively diminish the issue. The Food and Drug Administration and consumer advocates have long studied how the saturation of product warnings has caused consumers to ignore stated risks; it becomes a type of background noise, tuned out of commercials.

Racial justice should not fall victim to the same speed-read, perfunctory claims. Corporations have been quick to create public displays of their “wokeness.” But will such messages truly resonate with people when they become ubiquitous and uniform? There also is the question about the true corporate purpose.

Take Lululemon, a $3 billion company funding a campaign to “unveil historical erasure and resist capitalism.” A multinational company pushing an anti-capitalism campaign brings to mind a quote attributed to Vladimir Lenin: “When it comes time to hang the capitalists, they will vie with each other for the rope contract.” Lululemon must hope to sell not just the rope but the attire for the revolution. After all, what better way to redefine society than in a fetching Lululemon “define jacket” for $128?

Such campaigns have become a type of woke certification, and self-denouncement is the new norm. I’ve been deluged by relatives and friends blasting out Twitter confessions of being racists; many professors have read or signed statements declaring themselves racists.

The acting dean of Northwestern University Law School opened a diversity event by declaring, “I’m Jim Speta. And I am a racist.” He was followed by Emily Mullin, executive director of major gifts to the university, who said, “I am a racist and a gatekeeper of white supremacy. I will work to be better.” Such recitations are now expected of anyone claiming to oppose racism. Indeed, there is a sense of urgency among some faculty not to be the last to self-condemn. As Begala demonstrated, “crickets” invite criticism.

I do not question Speta’s motives. I assume his statement is a heartfelt effort to support racial justice. Yet this type of social catharsis comes across with all the spontaneity of a reeducation camp recitation. It is difficult to see how it helps the cause of racial justice for everyone to dutifully declare themselves racists or tools of white supremacy. In a way, it dilutes the impact of calling out real racists.

If everyone is a racist, then racism becomes a common — not a singular — distinction. It makes it easy for everyone to declare themselves recovering racists, and the problem of addressing real racism becomes more — not less — difficult to address. Recent protests have educated me on a number of issues. There is an important meaning in declaring “Black Lives Matter.” Racism remains our most transcendent, unresolved national issue. However, saying “I am a racist” may be popular — but it is not true. That does not mean I don’t want to address ways that my words may negatively impact other people or to become better educated about their feelings and lives.

The question, however, is whether this movement is being advanced or undermined by these awkward recitations of self-condemnation or corporate identity. That is why many recoiled when Collinsworth said, “I feel like I have to start off by saying I stand behind these players 100 percent, 100 percent. What they’re trying to do is bring positive change in this country that, frankly, is long, long overdue. Let’s just get that out of the way and go call a football game.” The view of many fans is that the NFL has not really changed its views, just its public position. Many fans believe the NFL just wants to get on with the game, just as Lululemon perhaps wants to get on with selling overpriced leggings as an “anti-capitalist” corporation.

It is clear why such campaigns and declarations can help some corporations or individuals. Yet they also can give a false sense of progress. Painting “End Racism” in a stadium’s end zones is gratifying, but it does not move the ball on racism because it is not really part of a conversation on race — and that conversation is happening less, not more, in society. Many advocates have pushed for public declarations as proof that we finally are having a long-delayed dialogue on race. In reality, though, it is a recitation, not a conversation.

What we need is what few seem willing to tolerate: a real discussion on race. There are many who believe racism is a societal scourge but disagree with the goals of the Black Lives Matter organization; others do not agree that police shootings of African Americans are part of a systemic problem of racism as opposed to a systemic problem in the use of lethal force. When some academics have published works on such questions, they have been denounced as racists or subjected to firing campaigns. Few minds will be changed in this environment. And that is the greatest loss of all.

Public confessions or corporate slogans are not likely to change actual minds. We can change minds on both sides by exploring different views of racism with the understanding that reasonable people may disagree over aspects of the problem. Indeed, for most of us, there may not be different sides, just different views of the causes or solutions. That is a much more difficult conversation to have than painting a slogan in an end zone or leading self-condemnations. Otherwise, from gridirons to classrooms to fashion runways, anti-racism campaigns will become just a cost of doing business.

Jonathan Turley is the Shapiro Professor of Public Interest Law at George Washington University. You can find his updates online @JonathanTurley.