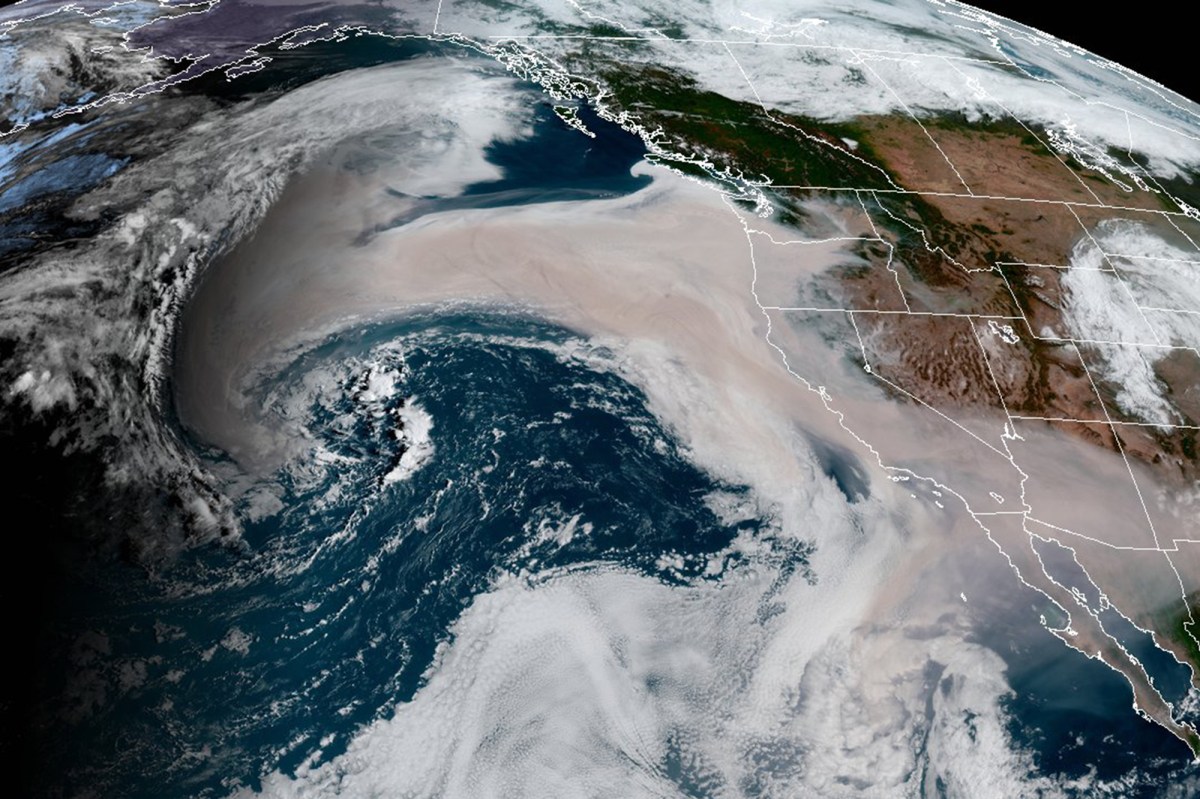 Satellite images show smoke from the West Coast wildfires being carried out to sea and sucked into a cyclone more than 1,000 miles offshore.

The stunning images from NASA showed that instead of being pulled out east, smoke from the wildfires in California, Oregon and Washington state was swept off the coast and into the Pacific Ocean.

By Sept. 10, the brown clouds of smoke had wafted more than 1,300 miles and were dragged into a cyclone, Mercury News reported.

“OK this seems very 2020: The offshore smoke is now getting sucked into that swirling storm out in the Pacific,” KOMO News meteorologist Scott Sistek wrote on Twitter.

The historic wildfires, which have destroyed millions of acres, have sent smoke billowing as far as Ohio and Hawaii.

The National Weather Service in Cleveland, Ohio shared a satellite showed wildfire smoke last week at an altitude of 30,000 feet above Lake Erie.

And forecasters at the NWS in Honolulu, which is more than 2,500 miles from the California coast, said that smoke had reached the state’s islands.

“If you thought you saw or smelled smoke recently, experimental forecast data suggests that some smoke from California wildfires is near the islands,” the agency wrote on Twitter.