As Two ‘Ambushed’ L.A. Police Officers Fight For Their Lives, Protesters Scream ‘We Hope They Die’ 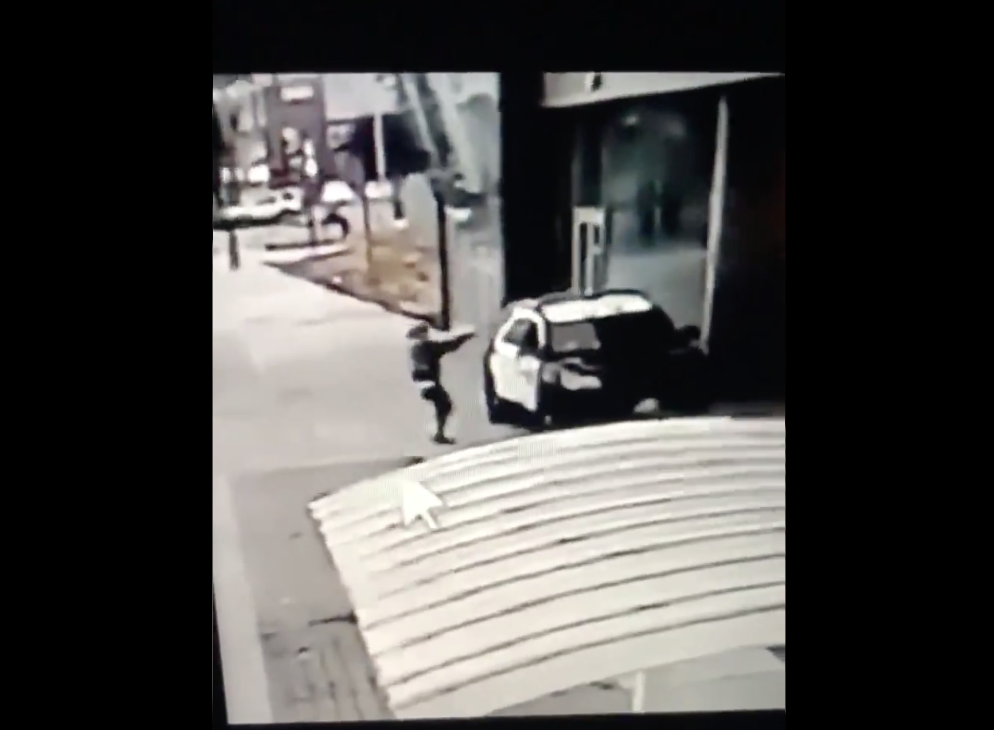 After a gunman opened fire on two Los Angeles County deputies Saturday night, protesters gathered to express hate for the police outside the hospital where the two “ambushed” officers still lie with life-threatening injuries. Police say they had to clear the protesters from blocking ambulances from bringing sick people into the hospital.

Videos from reporters on the ground show the protestors yelling at the police outside of St. Francis Medical Center in Lynwood, California, calling cops “pigs,” screaming “f-ck the police,” and “we hope they die.”

A tense situation developing in Lynwood as a handful of protesters on sidewalk shout at deputies outside St. Francis medical center where 2 deputies are recovering from surgery after being shot tonight in Compton pic.twitter.com/wwpcnVFvOI

The Los Angeles County Sheriffs pleaded with the public on Twitter to cease the protests, saying that they were “blocking the entrance & exit of the HOSPITAL EMERGENCY ROOM.”

“DO NOT BLOCK EMERGENCY ENTRIES AND EXITS TO THE HOSPITAL,” the sheriffs’ office tweeted. “People’s lives are at stake when ambulances can’t get through.”

To the protesters blocking the entrance & exit of the HOSPITAL EMERGENCY ROOM yelling “We hope they die” referring to 2 LA Sheriff’s ambushed today in #Compton: DO NOT BLOCK EMERGENCY ENTRIES & EXITS TO THE HOSPITAL. People’s lives are at stake when ambulances can’t get through.

A male protestor and female National Public Radio reporter for Los Angeles were arrested at the protest and charged with violating California penal code 148, which prohibits anyone from stopping a “public officer, peace officer, or an emergency medical technician” from performing their assigned duties. The violation of the penal code is punishable with up to a $1,000 fine or up to one year in the county jail.

(3/3) The female adult, who was later identified as a member of the press, did not identify herself as press and later admitted she did not have proper press credentials on her person. Both individuals have been arrested for 148 P.C.

ABC7 showing video of radio reporter being taken down to the pavement by officers, handcuffed and led to a patrol car outside of hospital where two #LA County deputies shot in ambush are being treated @LASDHQ #crime #SoCal pic.twitter.com/rTg1UdeDKA

The reporter, later identified as Josie Huang, announced her release from jail on Sunday morning, claiming that she will update the public on her view of Saturday night’s events soon.

Hi, all. I’m out of county jail and am headed home. Thank you for caring. I have seen @LASDHQ tweets and have thoughts and videos to share soon after a little rest

The Saturday shooting, depicted in a video released by the L.A. County Sheriffs, shows the suspect walking up to the police vehicle and shooting into it “without warning or provocation.”

According to the sheriffs’ department, the suspect is still at large.

Moments ago, 2 of our Sheriff Deputies were shot in Compton and were transported to a local hospital. They are both still fighting for their lives, so please keep them in your thoughts and prayers. We will update this thread with information as it becomes available.

Update: The gunman walked up on the deputies and opened fire without warning or provocation. pic.twitter.com/cBQjyKkoxJ

L.A. County Sheriff Alex Villanueva gave a press conference about the 31-year-old female and 24-year-old male deputies on Saturday night. He said both had successfully emerged from emergency surgery but remained in critical condition. Villanueva emphasized that this shooting is “a somber reminder that [policing] is a dangerous job.”

‘This is a somber reminder that this is a dangerous job, and actions, words have consequences and our jobs don’t get easier because people don’t like law enforcement,” he said.

Villanueva says the 2 deputies suffered multiple gunshot wounds and are out of surgery.

The other deputy is 24 years old. His parents and gf are with him.

Villanueva says both were sworn in 14 mos ago.

President Trump responded to the shooting on Twitter, retweeting the sheriffs’ office updates and calling for the death penalty for the suspect if the officers do not survive.

Animals that must be hit hard! https://t.co/zrOd9ZUl8o

If they die, fast trial death penalty for the killer. Only way to stop this! https://t.co/K3sKh28GjX