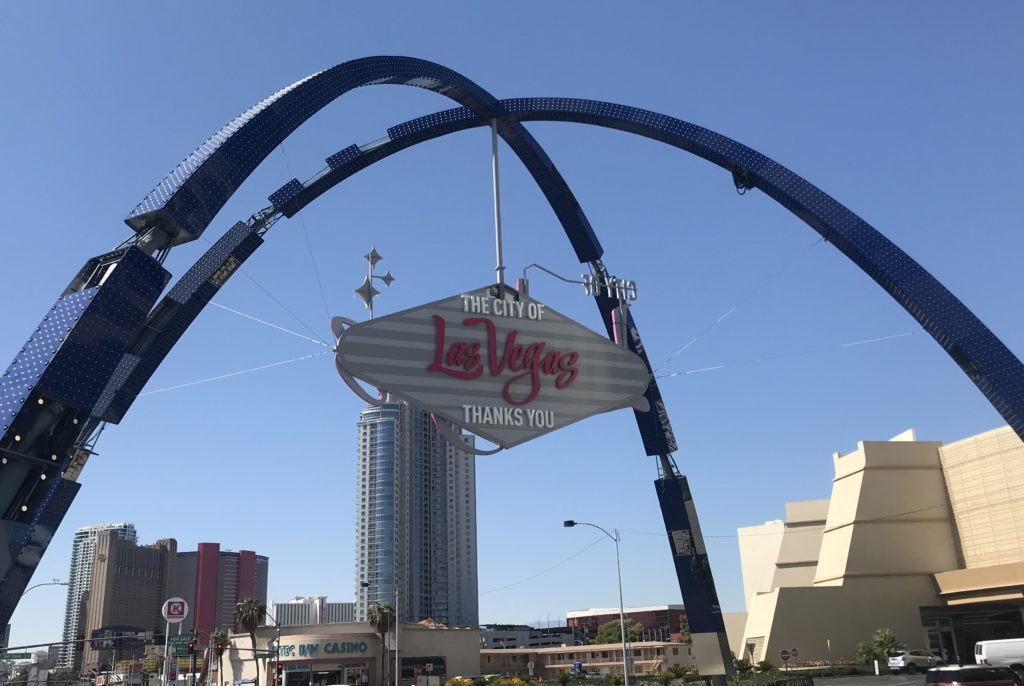 LAS VEGAS, Nev. — Since I’ve never been to Las Vegas before, I have no normal to compare it to, yet it is obvious that Sin City is not exactly in its prime these days. My cab driver from the airport, always a good source, told me he thinks his business is operating at about 40 percent of what it would usually be.

Many hotels are still shuttered, and the streets really do feel, as one local told me, “eerie dead.” I made my way to a sports bar off the strip to find some voters and take their temperature. This only seemed fair, since I had my temperature taken about 600 times in the course of my journey from New York.

I’ll be honest: social distancing is a problem for my job in these situations. Generally, I tuck into a bar, ears open, and gently insinuate myself into conversations, finding a way to guide them to my questions. It’s a well-honed skill, and it’s useless now. There was no bar in the sports bar; it was cordoned off. Instead, there was a smattering of tables spaced about ten feet away from each other.

This led to awkward approaches, reporter’s notebook in hand, to introduce myself and ask if people would answer some questions. It feels like being John Cusack with a boom box over your head. Yet, as always, the American people didn’t disappoint me. They were as affable as ever, and had a lot to say about the election creeping quickly upon us.

First I spoke to Chris and Michelle, a pair in their 50s on a weekend in Vegas. Chris lives in Indiana and Michelle in Arizona. Both are dedicated Trump supporters. They were quick to explain why: it was all about what he has done. “Low unemployment, the economy, raises,” Chris, said “Did you get a raise under Trump?” I asked. He said he certainly did. Neither blamed Trump for the virus that reversed his economic gains, but Michelle expressed a lot of frustration.

Her four kids haven’t been in school since March, and it’s weighing heavily on her. “They just sit around and eat all day,” she told me. “The grocery bills are way up.”

Neither are confident that things will ever really return to normal. I looked at Chris as he placed his cigarette athwart mine in the ashtray and said, “Will we ever sit at the bar again?” “I think we’ll sit at the bar again,” he said, with Michelle nodding agreement, “but we won’t work the same way. Companies are saying, ‘Why have an office if people can work from home?’ My friend in Florida might lose her event-planning company.” When I asked about the racial turmoil tormenting America, Michelle was blunt: “Until they stop talking about race, nothing will get better.”

If Chris and Michelle spelled good news for the president, Brian ,who I got to talking to a few minutes later, was not. I’ve interviewed a lot of people all over the country these past few years, but in Brian I found the elusive Never Trumper in the wild.

As soon as the topic of the election came up, he said those magic words: “I’ve been a Republican my whole life and I’m voting for Biden.” His reasoning was familiar. He didn’t really dislike most of the stuff Trump has done policy-wise, but he has a deep disdain for him — not just his tone, but more Trump as a person.

Brian exhibited a kind of managerial attitude that likes order. It was interesting that he works in the marijuana industry. Never Trump does, after all, have a splash of libertarianism. Brian was evidence that there are some would-be Republican voters out there who will never be comfortable with a Trump presidency.

Here in one smoke-filled Vegas sports bar were both sides of the essential conservative argument over Trump. Now, Michelle and Chris absolutely represent the vast majority of Republicans. The question becomes: How many Brians are there? That seems hard to know, but suggests a further question: How motivated are they to vote? Brian hardly seemed to be thrilled about Joe Biden.

Trump was in town for a rally, and rallying his base is still a big part of his path to victory. He has to bet that by getting people excited about voting for him they will come out for him, and that those who hate him but feel unexcited about Biden just stay home.

That is probably a pretty decent bet, but this is Las Vegas, and as we all know even safe bets crap out. On the whole, though, it is much better to be the candidate Americans actually want to vote for than the lesser of two evils.