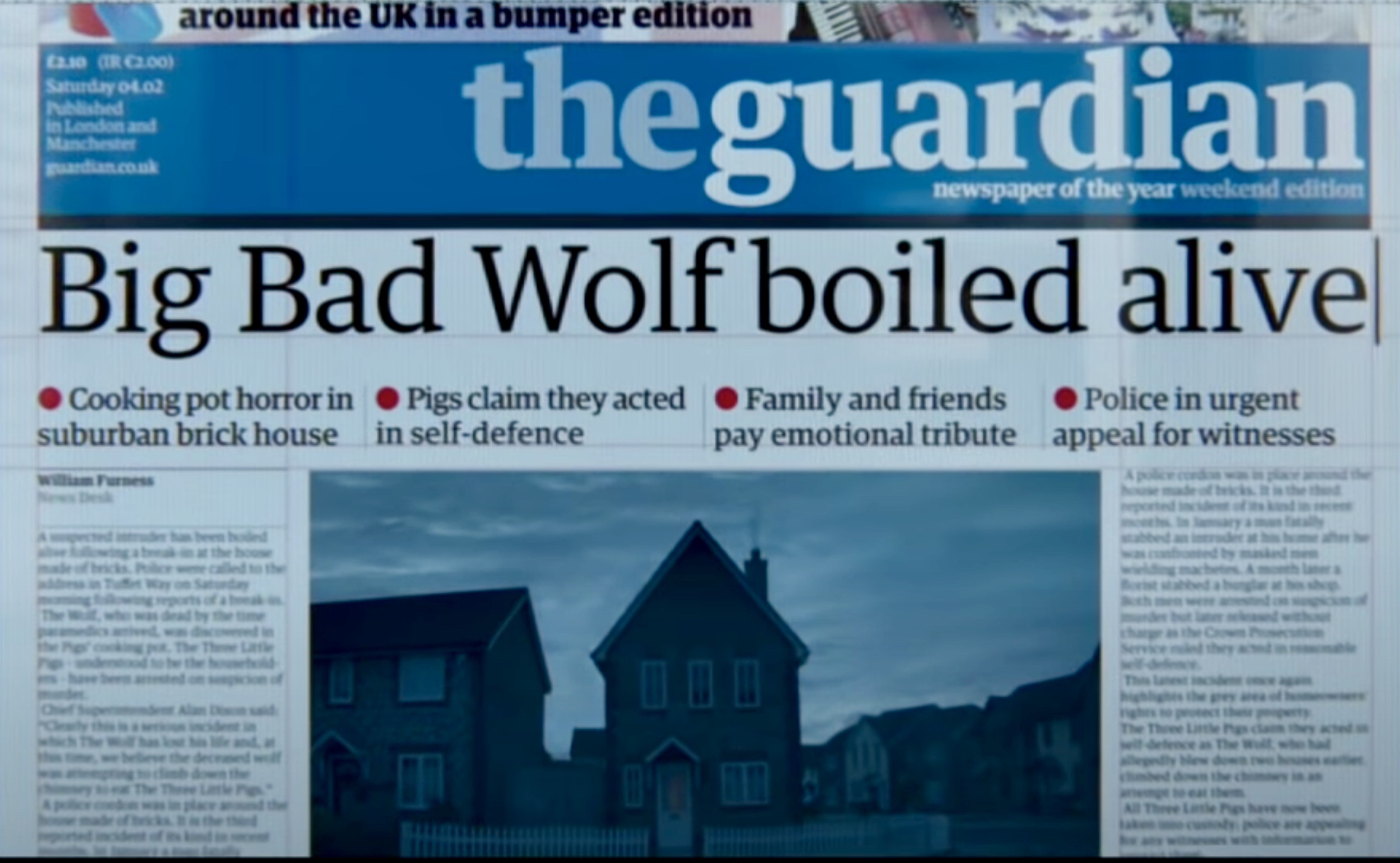 Journalists’ failure to draw from multiple perspectives makes us seem far more divided than we really are.

Anyone who has conducted a Zoom meeting in the last months understands the tyranny of perception. I recently interviewed for an international development NGO from a friend’s basement in northern Virginia. I spent as much time working on the mis en scene as I did my talking points. Out went the antique rifle and in came woven baskets. People are always making prejudiced valuations, or judgements, based on what they see.

‘Point of view’ has been on my mind of late. Earlier in the summer there was a spate of videos on social media filmed by people walking into supermarkets without masks, in defiance of COVID restrictions, as a demonstration of their personal liberty. These individuals filmed themselves being ‘abused’ by the store workers asking them to leave.

Meantime, someone in the store filmed an angry person entering the store mask-less and ranting about first amendment rights. It was intriguing: both individuals saw the other as the perpetrator and themselves as the victim.

In social media, the subjective shot had moved into pole position. The same may be true of media more generally.

But let me take a step back. In the 1980s, The Guardian newspaper in the UK ran a truly intriguing television commercial promoting their journalism. It showed a young man, a contemporary stereotype of a disaffected youth, knocking over construction as he assaults an older man on the sidewalk.

The camera plays the same event from another perspective. Here we see the young man is in fact saving the older man’s life by pushing him out of the way of collapsing construction materials. The moral of the commercial is that you need a media that looks at the whole picture.

Yet what the newspaper understands to be “the whole picture” had completely altered by the time of a 2012 commercial. In the “Three Little Pigs” commercial, the media outlet reports on a story that generates social media comment. The social media comment leads the news. Rather than journalists reporting the newsmaker, journalists are making the news, agitating a feedback loop that spills out over into aggressive street protest.

The commercial, blindly prophetic, suggests this is a virtue.

Yet on both sides of the Atlantic there is concern at the loss of objective journalists. There is nostalgia for newscasters of the 1980s who delivered the script without raising an eyebrow or inserting their own political opinion.

Big name journalism personalities have now become campaigners. What was once a ‘house style’, point of view, or bias that framed output has now become an entrenched cause that rejects other points of view.

In a trivial example of this, I was baffled by the recent response to Melania Trump’s unveiling of the new Rose Garden in the White House. Overgrown trees were out, while new cultivars celebrating the Presidency of JFK were in. Journalists reacted without even recourse to the press release. The new garden was decried for its environmental vandalism in moving trees and roses. Journalists were commenting without even reading the press release. This wasn’t journalism, just trolling.

This is a small example demonstrating how your average professional reporter has just become another person with a phone.

A recent report identified that America is far less polarized than we think. The report from the Proceedings of the National Academy of Sciences of the United States (PNAS) showed that partisan differences are not held with the level of hostility they are perceived to be. As the researchers put it in an interview published by the Charles Koch Foundation, the media could play a role in de-escalating the perception of increasing polarization by looking “at each news story from multiple points of view, instead of just one.”

Sauron had one eye. The point being that he lacked any depth of field. We too are losing perspective.

A single point of view can only have one perpetrator and one victim. It reduces everything, if I am allowed to use the phrase, to black and white.

Nuance, due process, complexity are gone. We forget that all of us, whether individuals or groups, can fluctuate in virtue over time. Seeing from multiple-perspectives—surely the one thing that post modernism was meant to celebrate—has all but gone from an increasingly centrifugal media that is pulling society to extremes.

It is important for journalists and media outlets to recognize that the descent into subjective point of view is dumbing-down Americans on a slow and steady tik tok to ignorance.

While pure objectivity is beyond human nature, and media outlets can never wholly outgrow subjectivity, they could at least try.

Christopher Bullivant is a DC-based writer and former political speech writer. He has also written for the Daily Telegraph, UnHerd and CapX. He tweets @chrisbullivant.