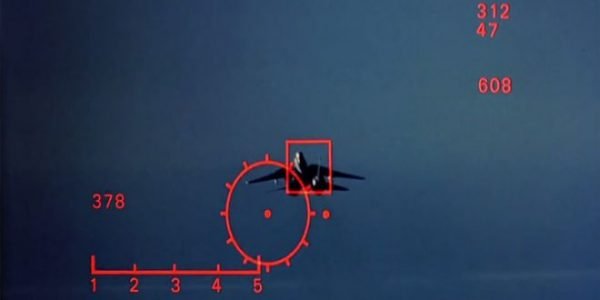 I love to read about the upcoming election. It’s fascinating to read the opinions of people on all sides, especially since a large portion on each side is convinced they know the outcome right now. Both sides have a lot of people who expect to win in a landslide, and both sides have a lot of people who expect a close election, but one they win. Every now and again, I like to step back and revisit opinions, to see what brings them about, and consider correcting some assumptions. I do not think it is wise to assume the other side is full of liars, or that ‘they’ are all deluded. If it was wrong for Liberals to think that way about Trump supporters in 2016, it would be wrong now to do so about Liberals.

So let’s start with the polls, which have consistently shown Joe Biden to be in the lead. I have demonstrated in past articles that the polls are showing bias, but what if that bias is honest bias? That is, the polls are in the business of reporting the election condition as accurately as possible, and while they could rig the polls to send a message that depresses Republicans only to close the spread just before the election, we should consider the possibility that the pollsters really do think Biden is as far ahead as they say. After all, the pollsters have to know people are watching polls far more critically this year than before. There is a strong incentive to get the numbers right.

On the other hand, I have no idea how Biden is supposed to have such support. I don’t see Biden yard signs, Biden bumper stickers, or crowds of Biden supporters at rallies. Frankly, everything I see suggests that the media is 80% of Biden’s support. They can’t win an election purely on hating Trump.

Then there is the problem of the 2016 polls. The polls promised to review what went wrong in their election polling, but by the end of November 2016 they had fallen back on the claim that they actually got the call right. I said I would revisit the polls, but for here I just want to observe that of the fifteen polls which released during November 2016, the average support for Trump was 42.5%, below his actual support by more than the MOE. There is reason to expect that the polls are doing the same thing now.

Next is the matter of internal demographics. Even the polls showing Biden with a big lead show that Trump is improving with Black and Latino voters, and is improving support in the swing states. Sooner or later that rising support has to show up in the totals.

So on the one hand, I believe the pollsters want to get the numbers right, but on the other, the available data does not support the reported totals. Some other factor, not yet considered, has to be in play. For that, I went back to the 2016 Exit Polls.

Yeah, I’m a nerd. Nerd enough to go look at the polls taken after the election, the Exit Polls. A lot of people pay no attention to the exit polls, since the election results are known. And fewer still go back years later to see how the exit polls can clue us in to what is going on now. There are a lot of interesting things – at least to me – in the 2016 exit polls, but for here I am focusing on just three important takeaways, with the third one the most important.

First, people paying attention on Election Day 2016 heard a lot of early media reports that Hillary Clinton was doing really well, with releases from the media telling us she was winning handily in most demographics. Later those numbers changed, to the outrage of Liberals. The polls at CBS, CNN and the New York Times admitted that their polling staff had a habit of asking young voters for their opinion, missing the older voters who preferred Trump. This matters because it reminds us that pollsters are commonly younger people with limited experience in polling and a preference for speaking with their own age group.

Second, a lot of people heard certain narratives about the exit polls, some of which is valid and some of which is misleading. For example, it is true that Hillary Clinton did well with people holding postgraduate degrees, while Trump won among voters who did not go to college. However, the media has implied that Clinton did better with ‘educated’ voters while Trump did better with ‘uneducated’ voters, which is incorrect. First, while Clinton did better than Trump with voters who held college degrees, she only won that demographic by about 2 points, the same spread as her overall popular vote margin, meaning Trump did as well with degreed voters as he did overall. Also, Trump did better than Clinton with voters who did not earn a 4-year degree, but who did have some college work or an Associates degree, or who went to trade or vocational school. The takeaway here is that exit polls reveal broader support for Trump than the media has reported. That is likely to be the case again this year.

But the most important information from the exit polls comes from the CNN and New York Times polls, which confirmed that almost 40 percent of voters made up their mind in September or later. A full eight percent of voters made up their mind during the last few days before the election. This is where I want to show how polls, if they reflected the actual condition, would have reported the positions.

Next, the polls indicate that 5% of voters made their mind up during the week ending November 4 (6.8 million voters). Of those, 2.8 million went for Clinton and 3.5 million went for Trump. That raises Clinton to 60.9 million and Trump to 58.0 million. That means a 48.5% to 46.2% lead for Clinton, very close to the final spread;

What does all that mean? A lot of analysts have had trouble working out undecided voters. Nate Silver, for example, reported that 18.5% of voters were undecided 100 days before the election, against the 40% reported by the exit polls at the end of August. But Silver says 12.5% of voters, fully one in eight, were undecided on election day itself, against the exit polls which said 8% made up their mind in the last few days. The difference can be resolved by noting that exit polls addressed voters who decided to vote, while Silver’s numbers include voters who decided not to cast a vote in the end.

All of this brings me to the matter of flux. The number of voters who will cast a vote in November or earlier (by early voting, absentee, etc.) have not yet cast that vote, so the vote is at this time is not a static asset. What you have now can be lost, either to a decision to stay home, or in some cases by your opponent winning over opponents. To win, you have to keep your assets active and motivated, and you have to stay alert for opportunities and trouble.

This is where Biden’s strategy has a critical flaw. Up to now Joe Biden has run a campaign that does nothing but attack and insult the President. Historically that does not work in the long term. When Bill Clinton beat George HW Bush in 1992, he did so by building positive support for his policies. That’s also how Reagan beat Carter in 1980, and how FDR won in 1932 over Hoover. You have to have substance in your campaign, something which affirms your own positions.

I see the situation this way. First, a lot of voters have found reason to criticize President Trump. This is reflected in his job approval numbers. Some of those voters supported the Democrat early, as a form of protest. But that support for the Democrats is soft, or more accurately described, brittle. It would explain how the polls, especially if the have focused on young people and urban locations as is their habit, show a lead for Biden at this time, but with a serious enthusiasm gap. With that said, however, boat parades and yard signs and flags for Trump do not prove that he is on his way to a landslide win in popular vote terms. Trump had such things in 2016 and only got 46% of the popular vote. But polls showing Trump with under 45% support, especially the ones showing less than 30% participation by Republicans, can reasonably be said to be repeating mistakes which will likely embarrass them.

Biden has more support than Trump right now, but it’s not going to last all the way to November unless he can show positive value to his policies. Trump’s support has grown more slowly, but it’s solid and does not waver. Now that the pandemic is starting to recede in emotion, and the economy is coming back, Trump’s tacit supporters will start to be more vocal, and this should be reflected in later polls, albeit slowly. I expect the October polls will lag actual support, which will move in similar ways to 2016, given the way Biden’s 2020 campaign is mirroring Clinton’s 2016 campaign.