Who Is Opposed to What Free Market Capitalism? 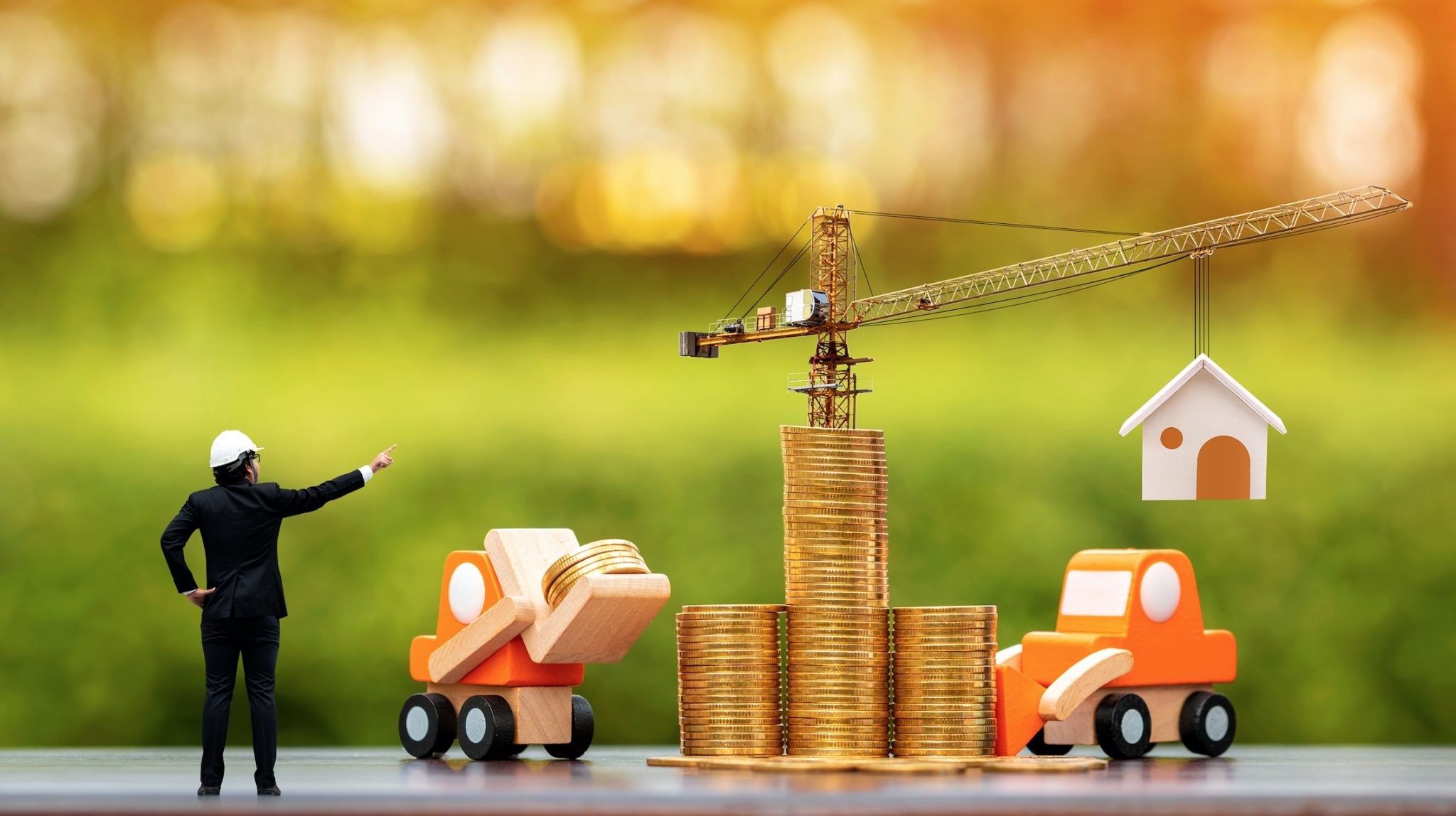 Free market capitalism is under siege from the Right these days, perhaps more even than by the Left. Not to pick on any one in particular but consider David Azerrad. He writes against even using the term “conservative” after years as a conservative think-tank theorist and now prefers the amorphous concept Right because today’s free marketers “actively side with our enemies,” by supporting the “barren” libertarianism of “atomized individuals and global markets.”

As Sharma concludes, “Without entrepreneurial risk and creative destruction, capitalism doesn’t work. Disruption and regeneration, the heart of the system, grind to a halt. The deadwood never falls from the tree. The green shoots are nipped in the bud.…”

So the problem is markets; but who is supporting what kind of global markets, what he also calls “the free trade fetish”? Which libertarianism supports today’s actual “markets” overwhelmed by massive government intervention, both domestic and international? Actually, it is Azerrad who is more satisfied with the status quo, conceding that his new-Right-with-no-name is more interested in power than ideals. He even admonishes conservatives who “long for a return to constitutional government,” saying that “the modern administrative welfare state is here to stay.”

That state may be here to stay but let us not be confused. It is that very administrative state that now manages our government-administered American and world economies. To call this command economy “markets” is preposterous. One merely needs to look at the evidence.

Here is one little gem. As the Wall Street Journal’s wonderful Holman Jenkins reminds us, Tesla’s market capitalization is greater than GM, Ford, Daimler, VW, and Fiat Chrysler combined and recently reported a $100 million quarterly loss on its electric car sales but a $400 million overall profit thanks to “government gifts” at the expense of the other auto companies.

For a more systematic insight consider Ruchir Sharma regarding how the Federal Reserve now manages the financial system. He is the chief global strategist for Morgan Stanley and has long been my guide to how today’s markets actually work; and is the right person to teach the critics a careful lesson in introductory economics and government. He is presumably part of the global economic “power elite” but I will borrow freely from him because he speaks the truth.

In the 1970s the Federal Reserve went on an inflation spree that led to hyperinflation and hyper-unemployment that was not ended until Ronald Reagan and Paul Volcker broke their back in the early 1980s. Not satisfied with success, the Fed intervened big time again in 1987 and in 1998, this time actually directly rescuing a finance firm — Long Term Capital Management. “In 2008 the Treasury stepped in to save an entire sector—banks at the core of the mortgage crisis—with $200 billion. Unable to do much more to cut rates, which were already close to zero, the Fed launched its first experiments in ‘quantitative easing,’ buying up to tens of billions of dollars in assets each day, including mortgage-backed securities, to calm the credit markets.”

The 2008 Great Recession saw unprecedented government involvement by the Fed and Treasury. As Sharma revealed in 2016, the Fed then began leading the stock market. “The S&P 500 has gained 699 points since January 2008 and 422 of those points came on the 70 Fed announcement days.” “Since the Fed began aggressive monetary easing in 2008, my calculations show that nearly 60% of stock market gains have come on those days, once every six weeks, that the Federal Open Market Committee announces its policy decisions.” The average “gain on announcement days was 0.49%, or roughly 50 times higher than the average gains of 0.01% on other days. When real estate value was added to securities, current asset valuations have never been higher over 50 years than they are today.” He concluded we now are witnessing an asset bubble that has been caused directly by the Fed’s easy money.

The 2010s continued with additional easy money policy which by now no longer “purged the economy of inefficient companies,” boosting growth even in good times. Today, “amid the worst crisis since World War II, governments are riding to the rescue again. In the U.S., the Treasury is adding trillions in automatic crisis spending (such as benefits for the unemployed) and discretionary spending (like cash payments to single jobholders making up to $99,000). The Federal Reserve is doing its part by cutting rates, printing massive amounts of new money and directly buying the debt of troubled companies for the first time.” Foreign governments have joined in bringing interest rates to near or less than zero, in effect making “money free.”

Criticism of markets is mostly directed against large corporations; and these deserve it. Yet, they are offered free money in the name of expertise, saving the planet, and good finance. During the Great Recession federal officials even had to force two recalcitrant bank CEOs to sell their shares. Let they who are without sin explain how to refuse free money. Yes, as Sharma notes, “Easy money fuels the rise of giant firms and, along with crisis bailouts, keeps alive heavily indebted ‘zombie’ firms at the expense of startups, which typically drive innovation. All of this leads to low productivity — the prime contributor to the slowdown in economic growth — and a shrinking of the pie for everyone.”

At the same time, easy money has juiced up the value of stocks, bonds, and other financial assets, which benefits mainly the rich, inflaming social resentment over growing inequalities in income and wealth. It should not be surprising that millennials and Gen Z are growing disillusioned with this distorted form of capitalism and say that they prefer socialism. The irony is that the rising culture of government dependence is, in fact, a form of socialism — for the rich and powerful.

The massive increase in government regulations generally has created a mass of rules that only “big companies with armies of lobbyists and lawyers” can understand and manipulate, especially big tech, which “sucked up talent and resources, crowding out the little guys.”

Today an astonishing number of the survivors are, quite literally, creatures of credit. In the 1980s, only 2% of publicly traded companies in the U.S. were considered “zombies,” a term used by the Bank for International Settlements (BIS) for companies that, over the previous three years, had not earned enough profit to make even the interest payments on their debt. The zombie minority started to grow rapidly in the early 2000s, and by the eve of the pandemic, accounted for 19% of U.S.-listed companies. Zombies are also spreading in Europe, China, and of course Japan, where this phenomenon first became apparent.

“Gradually, the Fed has loosened the definition of what it will buy. Even after the credit markets had settled down in June, the Fed ramped up purchases, and it now owns debt issued by, among others, Apple, Walmart, AT&T, Disney, Nike and Berkshire Hathaway.” “When the government is willing to buy just about anything, it distorts market prices, which normally guide people to buy into profitable, promising companies. Now investors are simply buying what the Fed buys. The process of competitive capital allocation, which is critical to raising productivity, has broken down.” “Governments also rescue fellow governments as quickly as they bail out domestic companies.”

As Sharma concludes, “Without entrepreneurial risk and creative destruction, capitalism doesn’t work. Disruption and regeneration, the heart of the system, grind to a halt. The deadwood never falls from the tree. The green shoots are nipped in the bud.… With more debt to fuel the same amount of growth, capitalism bogs down.”

To consider this command economy a free market is ludicrous. As Sharma mentions it is a form of socialism, democratic socialism but a command economy nonetheless. The U.S. economy is freer than many but clearly not as responsible as Germany or Switzerland. The sad story is that this administrative financial welfare state irresponsibility and debt cannot last forever.

Rather than conceding that the administrative state is here to stay, the choice is simple. Will we continue this welfare state socialism or begin returning to more free market capitalism, greater control of debt, and more work and less free money to rich and middle alike?

Donald Devine is senior scholar at the Fund for American Studies. He is the author of America’s Way Back: Reclaiming Freedom, Tradition, and Constitution and Political Management of the Bureaucracy. He served as President Reagan’s director of the U.S. Office of Personnel Management. He can be followed on Twitter @donalddevineco1.