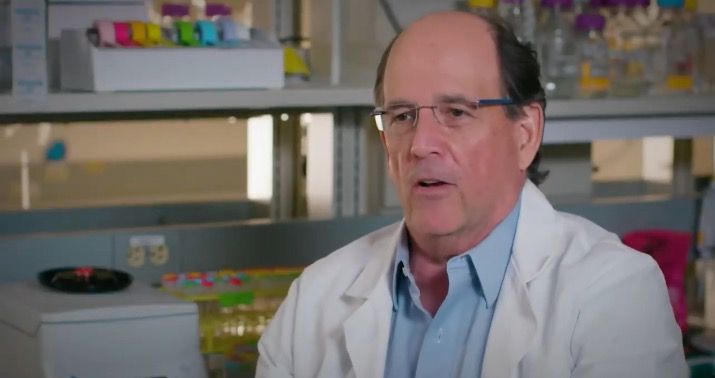 I was going to write about the new Reese’s peanut butter cup with potato chips in the filling but I suppose this is the more newsworthy breakthrough of the two.

This isn’t as good as a vaccine but if it pans out it’d be the next best thing. It’s an antibody treatment — or, more specifically, a treatment involving an antibody component. Scientists at the University of Pittsburgh realized that you don’t need whole entire intact antibodies to fight off COVID; what you need is something that’ll bind to the virus’s “spike” protein, thereby blocking it from attaching itself to human cells. What they did, according to today’s press release, is set about trying to find which antibody — in a library of 100 billion or so — bound most tightly to SARS-CoV-2’s spike. They exposed the virus to that library and discovered that part of an immunoglobulin antibody produced the best fit. If I’m understanding the science right, they then took the genetic sequence of that component and used it to produce a drug they call Ab8. How’d Ab8 do in tests?

The researchers report today in the journal Cell that Ab8 is highly effective in preventing and treating SARS-CoV-2 infection in mice and hamsters. Its tiny size not only increases its potential for diffusion in tissues to better neutralize the virus, but also makes it possible to administer the drug by alternative routes, including inhalation…

[A] team at UTMB’s Center for Biodefense and Emerging Diseases and Galveston National Laboratory tested Ab8 using live SARS-CoV-2 virus. At very low concentrations, Ab8 completely blocked the virus from entering cells. With those results in hand, a team at UNC tested Ab8 at varying concentrations in mice using a modified version of SARS-CoV-2. Even at the lowest dose, Ab8 decreased by 10-fold the amount of infectious virus in those mice compared to their untreated counterparts. Ab8 also was effective in treating and preventing SARS-CoV-2 infection in hamsters, as evaluated by scientists the University of Saskatchewan. Researchers at the University of British Columbia uncovered the unique way Ab8 neutralizes the virus so effectively by using sophisticated electron microscopic techniques.

Antibody treatments can be used as either therapeutics, for people who’ve already been infected, or as temporary vaccines, to prevent infection. Someone who has the virus and is struggling to fight it off might turn the tide as Ab8 enters their system and starts blocking the virus’s ability to enter new cells. According to the researchers’ report, it may prevent contagion as well: “It not only reduced the viral load in the lung and alleviated pneumonia; but it also reduced shedding in the upper airway (nasal washes and oral swab), which could potentially reduce transmission of SARS-CoV-2. Impressively, VH-Fc ab8 was active therapeutically even at 3 mg/kg.”

How excited should we about all this? I remembered when I read the press release that the University of Pittsburgh also announced early on, in April, that they had a novel vaccine candidate that would be applied as a patch instead of a shot and could be transported without it needing to be refrigerated. Unfortunately, as of late July that vaccine still wasn’t in clinical trials. I assume the timeline for this antibody treatment is also long-ish if they haven’t begun testing on humans yet, which means that it could be moot by the time it’s ready for the market.

Then again, the timeline on beating COVID is longer than many expect despite everyone’s hopes for the vaccine. Anthony Fauci said a few days ago that he’s not expecting a return to normalcy until later in 2021, after the vaccine has been deployed and a critical mass of the population has been immunized. If Ab8 is on the market before then, it’s potentially enormously significant. Even after the vaccine has arrived, the many, many, many Americans who are skeptical of vaccinations might be less skeptical of Ab8 as a therapeutic for whatever reason, making this a lifesaver for anti-vaxxers and others who can’t get the vaccine for medical reasons. And of course it’s possible that the vaccine’s immunity won’t be long-lasting, or that it’ll work on only some segment of the population. We’ll need a highly effective treatment for infected people in that case. Is this it?

Here’s the head of Pitt’s program explaining the process in mostly intelligible terms. By the way, the senior author of the study was also one of the first scientists to discover antibodies for the original SARS in 2003.