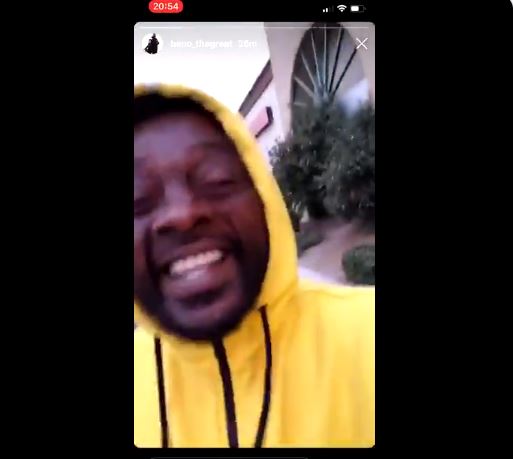 Based on what’s mainly out there, you’d think the people cheering the attempted murder of two Los Angeles County sheriff’s deputies Sunday were psychopathic lowlifes, morally grotesque male Madame Defarges, cackling pleasure at the sight of two cops gunned down in cold blood, while blocking an emergency room entrance as these same wounded cops fought for their lives, yelling, “We hope they die.”

Here’s the reaction of an eyewitness to the ambush of two Deputies shot in the head in #Compton. The victims are in the background. No one is going to help them. Vote like your life depends on it. #BlueLivesMatter pic.twitter.com/tE8NH5YZvm

But far from it.

Leftist elites are explicitly making it clear that they, too, cheer the killers.

According to the Daily Wire:

On Saturday night, soon after two Los Angeles County Sheriff Deputies seated in their patrol car were shot in the head in an ambush in Compton, a leftist think tank called The Gravel Institute responded to a tweet stating, “Say it with me: blue lives matter,” by replying, “Say it with me: they don’t.”

They deleted their tweet after it got controversial, but we heard them the first time.  In any case, it’s far from the only insane such sentiment they’ve spewed, they’ve also cheered assaults on the helpless elderly, such as they did here:

Don’t think it was just some intern, tweeting on the Gravel Institute’s masthead.  High-ranking leftists are openly cheering the carnage, too.  The wounded deputies who were blocked from life-saving treatment at the emergency entrance to St. Francis Hospital by mobs of baying lowlifes are situated in the nearby city of Lynwood, which is led by a city manager who tweeted this:

NEW: Jose Ometeotl, the city manager of Lynwood, posted on his Instagram that “Chickens come home to roost” following the ambush shooting of two LASD deputies in Compton. One is a 31 y/o mom of a young boy, the other is a 24 year old male deputy, both very new. @FOXLA pic.twitter.com/CpMmmEZp5z

This freak is a powerful person…cheering the criminals.

This is strikingly counterintuitive — after all, wouldn’t the public official have some say-so in how the cops are to act if indeed there were ever a problem?  Who would have more say-so?  And wouldn’t such a person presumably be in need of police protection?  His insults to the cops are a dinner triangle to Lynwood’s abundant criminal community to come rob his house, at a minimum.  The only way it might make sense would be if Ometeotl was the criminal.

If he’s not a criminal, he’s very, very stupid, and either is a sign of just how deep the blue-city crisis is.  The elites have turned against the very law enforcement they need for their cities’ protection, and their own protection, while literally cheering the criminals on.

Newt Gingrich sums it up well, given the scope of the problem, in a report from Breitbart::

In a Sunday interview on New York WABC 770 AM radio’s “The Cats Roundtable,” former House Speaker Newt Gingrich sounded off on the ongoing unrest in some of the United States’ major cities leading up to the 2020 presidential election.

“I think the degree to which people are learning about how pro-criminal and anti-police the modern Democrats have become,” Gingrich told host John Catsimatidis. “And I think that’s been a big deal. And the very fact that George Soros is going around the country spending millions of dollars to elect pro-criminal, anti-police district attorneys, that’s beginning to sink in.”

The elites are a big part of the problem, openly cheering attempted murder, while placing in key positions prosecutors who won’t prosecute and leaders who call cops the enemy.  It’s a criminal’s delight, and with the elites onboard this repugnant setup, the police will simply have no backup and no reason to enforce at all.  President Trump and Attorney General William Barr said they intended to get to the bottom of who might be directing these riots — they shouldn’t discount that among these higher-ups may be the criminals themselves.