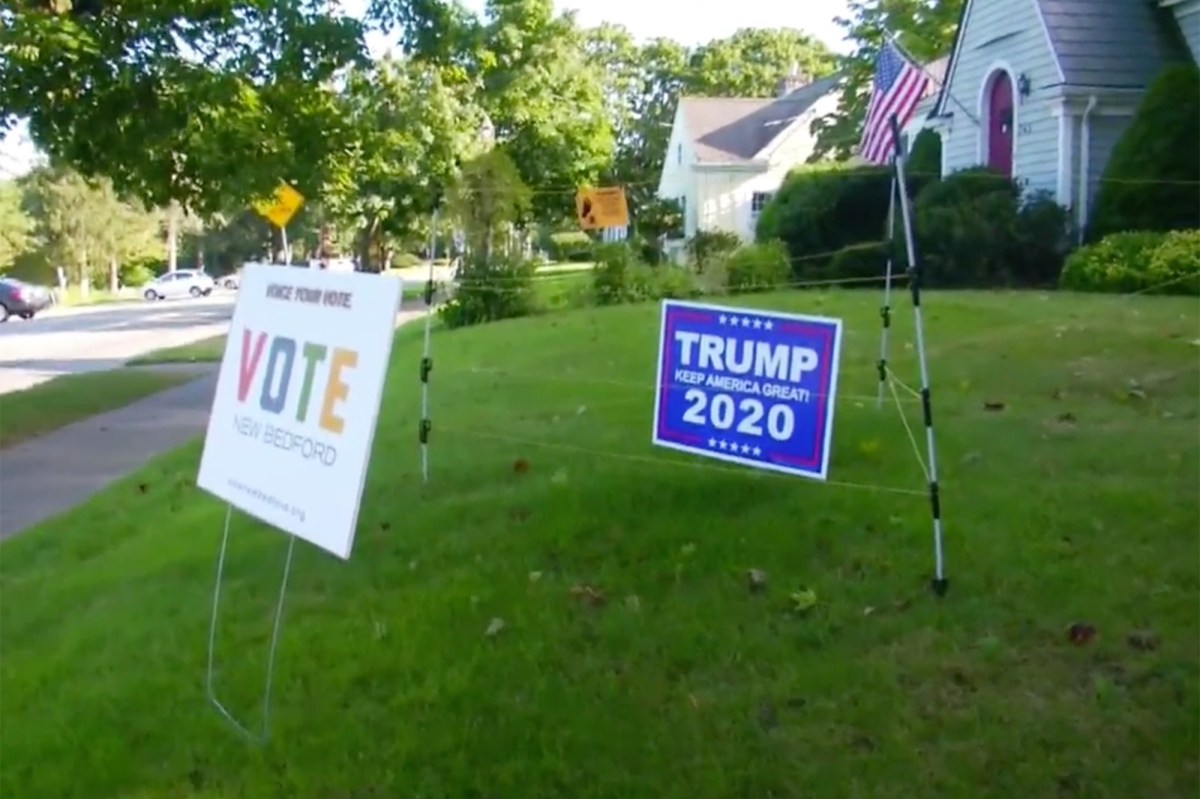 A Massachusetts man resorted to installing an electric fence to stop thieves from stealing his Trump 2020 sign off his front yard.

“I’m done with this,” he told WJAR in a report Tuesday. “I’m just trying to make a statement and say what I believe in. The electric fence is a deterrent. Horse wire carries a charge. It will certainly send a message.”

“It’s a shame that I have to do this,” Oliveira told the network. “I believe in the president. Obviously, people didn’t like that.”

The New Bedford School Committee member said everyone is entitled to their own political beliefs and opinions.

“Our country is about different opinions and being able to voice those opinions in a fair and equitable manner, and when you’re taking people’s signs, that’s not fair and equitable,” he said. “You have to be able to respect each other because we’ll never get anything accomplished if you don’t. Don’t mess with my right to free speech.”