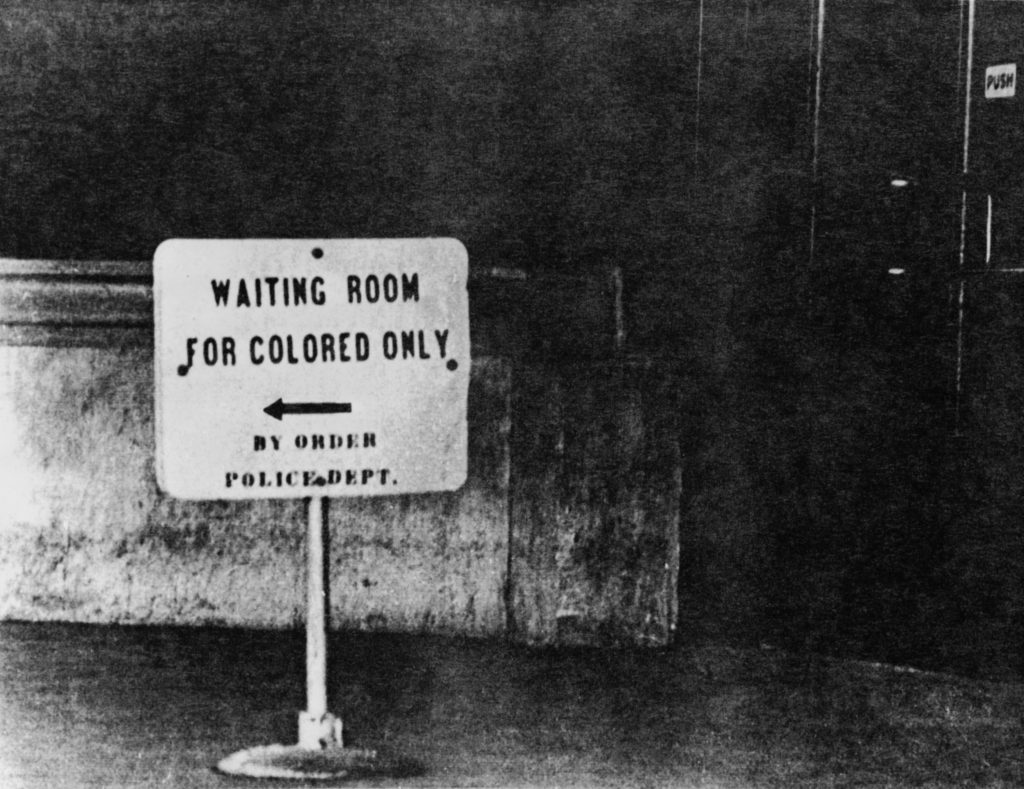 “I’m your black friend,” B. L. Wilson assures us, “but I won’t educate you about racism. That’s on you.” This has become a common refrain in the anti-racism movement. White folks (like me) are supposed to come to grips with our own subliminal anti-black prejudices, but without asking black people to explain what those prejudices look like. We may as well demand the French to learn Swedish without asking a Swede. Those who genuinely wish to purge any unconscious bigotry are forced to pay enormous sums of money to other whites who style themselves as “experts” on white racism.

How will we know if our re-education is a success? Nobody can say for sure but, once you’ve come around to the idea of abolishing the police, you’re headed in the right direction.

White people are tying themselves into knots trying to awoken themselves, and with little success. As the editor of a Catholic magazine, I’ve received a number of submissions by young, white Catholics who insist the Church is racist because there aren’t any black people in their parish. I point out that, for the better part of a century now, our bishops have discouraged “proselytism.” That’s why, for every one person who converts to Catholicism, seven people abandon the Faith. Catholics aren’t trying to convert black people because we’re not trying to convert anyone. The author will nod in agreement, withdraw the submission, and head back to the drawing board.

But what’s the alternative? A small group of affluent, educated whites trying to explain racism to themselves—a sin they’ve never experienced and don’t even know they’re committing—hoping that, one day, blacks will say, “Hey, you did it! Good job. There’s no more racism. We can all get along now.”

Of course, that’s never going to happen. Which is why a more radical form of anti-racism is now emerging in America. It holds that white people are inherently racist, that “whiteness” itself is anti-black. White people are supposed to devote themselves to purging racism from their souls while, at the same time, acknowledging that we are totally incapable of doing so.

That might explain why so many are despairing of integration altogether. The new, prevailing theory of race in this country now holds that whites and non-whites cannot coexist. White folks, by our nature, will always try to subjugate and marginalize black folks. It’s in our DNA.

A third school of anti-racism is now emerging, which we might call “woke segregationism.” Black folks are deciding that, since white folks are fundamentally and irredeemably racist, it’s best if they strike out on their own.

There were echoes of woke segregationism in the debate over gentrification. Racism led white people to box black people into urban ghettoes in the middle of the 20th century; racism now leads us to move into those neighborhoods, driving up property value and forcing black residents to move out. And there’s a legitimate grievance there. But there’s also no clear solution, except for blacks and whites to keep to themselves.

That’s precisely what the Freedom Georgia Initiative has decided to do. A group of 19 black families have just purchased 97 acres of land in rural Wilkinson County in hopes of creating a new, all-black society. “We needed to create a space and a place where we could be a village again, a tribe again,” said organizer Ashley Scott. Their despair is understandable. Big Agriculture has ravaged rural Georgia, dispossessing black farmers at a much higher rate than white farmers. It’s heartbreaking that some black Georgians feel they have no alternative than to self-segregate but, apparently, that’s where we are.

Speaking of the Catholic Church, at least one of our prelates has enthusiastically embraced woke segregationism. In June, Bishop David Zubik of Pittsburgh announced that he was forming a new parish under his direct control exclusively for black Catholics. “Along with their sincere enthusiasm and passion for their Catholic faith, I heard and felt their desire to have their unique spiritual and cultural needs met,” said Bishop Zubik. “I want to raise awareness of the need to walk with our black sisters and brothers as they continue to enrich and be an integral part of the Diocese of Pittsburgh and the Catholic Church Universal.”

The thing is, though, they won’t be an integral part of the diocese. That’s exactly the point. They’ll be tucked away in some ecclesial ghetto. Black parishioners won’t enrich the wider Catholic community by isolating themselves from it.

Given the astonishing decline in American race relations over the course of 2020, there’s every reason to believe that woke segregationism will become the favored solution in America by year’s end. If “systemic racism” is a myth, as I believe that it is, then it’s a myth that many of our countrymen—both black and white—take very seriously.

Black separatism is nothing new, of course. Louis Farrakhan has expressed hopes that the Trump Administration would implement racist policies, leading African-Americans to abandon their white countrymen. Speaking to the State of the Black World Conference in 2016, Mr. Farrakhan said, “The white man is going to push. He’s putting in place the very thing that will limit the freedom of others.” Then he pointed to the crowd, smiled and said, “That’s what you needed,” as motivation to finally separate from whites. “My message to Mr. Trump: Push it real good,” Farrakhan continued, building to a roar that drew applause and cheers. “Push it so good that black people say, ‘I’m outta here. I can’t take it no more.’”

White nationalists will happily embrace the new segregationism. The rest of white America will simply shake our heads in sorrow and disbelief. Is there nothing we can do but tip our hats and go our separate ways? Whites would never expel blacks from the cities and churches and neighborhoods we share, but what if they choose to leave of their own volition? What can we do but wish them well?

Of course, this could all come to naught. Yet, seeing how much this country has changed in the last four years, only a fool would say that it’s impossible. We can’t even say it’s unlikely, because nothing is “likely” in America anymore.

I don’t know what to say except I hope it does come to naught. Whatever The New York Times might say, American black and whites (and Hispanics, and Asians, and all the rest) are better for having each other. Slavery and colonialism were great evils; that goes without saying. But they also left us totally incapable of imagining what America would look like if our different ethic groups had no contact with each other. It wouldn’t be America in any meaningful way.

Then again, this seems to be a long time coming. The growth of black ghettoes, Chinatowns, and Jewish enclaves show that Americans have never really worked out how to coexist happily. Even as we struggled to integrate blacks and whites after the Civil War, we were herding Native Americans into reservations.

Really, the impulse behind “woke segregation” isn’t unlike that of the Benedict Option. Many Christians, like many blacks, feel the need to make a tactical retreat in order to escape persecution. The BenOp’s principal theorist, TAC’s own Rod Dreher, has even looked to Hasidic communities in New York for inspiration. It should be said that, contrary to what his critics claim, Mr. Dreher isn’t a Christian separatist. The Benedict Option is a strategy for Christians to survive and regroup so we can re-evangelize America. The woke segregationists have no plans to reintegrate. They’re happy to lock the door and throw away the key.

I’m a BenOpter myself, which may be why I sympathize with black separatists. When secularists tell BenOp types that our fears of persecution are unfounded, we say, “That’s because you’ve never experienced it.” When I say that systemic racism is a myth, black people may very well say the same thing to me. Even if I think they’re wrong—which, again, I do—who cares what I think? If they believe it so strongly that they’re willing to desert their homes and create their own “villages” far away from whites, what can I do to stop them?

I can’t answer those questions. I have no idea what to do, and I’m not even allowed to ask black people for help. What seems obvious is that America’s experiment in multiculturalism is failing. Looking back, it doesn’t seem to have gotten very far.

Michael Warren Davis is the editor of Crisis Magazine. He is the author of The Reactionary Mind (Regnery, 2021).