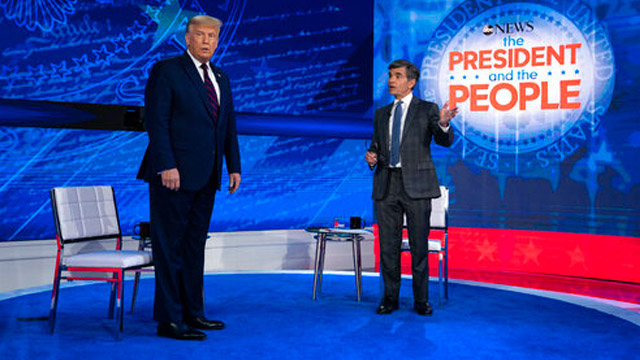 So, Trump is doing this town hall on ABC News. And everybody is livid because the setup for the thing was that Trump was going to get questioned by undecided voters. And, apparently, they weren’t undecided voters. Apparently, these are voters that all despised Trump. So, I thought about it. And I didn’t even remember it. I knew it was on and it slipped my mind and I didn’t watch it so I had to catch up on some of it this morning.

I gotta tell you something. As unfair as it was and as big a setup as it was — and Trump knew it was gonna be a setup last night. And I probably wouldn’t have advised him to do it. But the parts of it I watched today just to catch up on it, they were not that bad. I thought he was actually good. He came across very presidential. The Drive-Bys, particularly CNN today, are just lying through their teeth about how Trump did last night. ABC’s analysis of their own town hall had this headline: “How Trump failed to connect with voters at ABC News town hall.”

Well, that was gonna be the headline no matter what happened because the town hall, the excerpts of it today that I watched, I thought Trump connected very well. I mean, the questions were all loaded. They were hostile, and Trump knew this going in. And I, of course, knew what it was gonna be going in. And Trump dealt with it really well.

He’s not a coward. He’s not afraid of these circumstances. No matter what else you might say about Trump, nobody can call him a coward or accuse him of backing down from anything. I think he’s fearless. I think he’s got no problem going right into the lion’s den even on live TV. And I think, based on a story I have coming up later in the program, I think the fact that Trump is a man — Donald Trump is a man’s man. Donald Trump is not a coward. He’s not afraid of going into hostile environments. In fact, he actually relishes it, looks forward to it.

I think that there are a lot of people in this country who are fed up with the attacks on masculinity that have been taking place for a lot of years, predominantly on college campi, but throughout our society. Our society has been chickified. Our culture has been chickified. And masculinity is now called toxic. Men being men, being naturally who they are is called barbaric, toxic, or what have you. 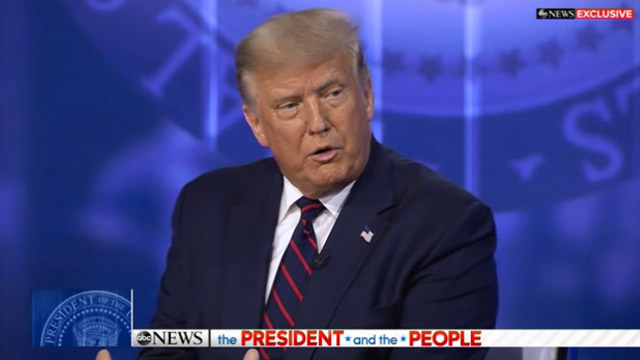 I think there is a secret and rather large group of people who admire masculinity, and I think it’s one of the character traits Donald Trump exudes. You never hear people talking about it. “Why do you like Trump?” Well, the guy is a man. You know, I like the guy. He’s masculine. You don’t hear that, but I guarantee you there are a lot of people for whom that is the exact reason they support the guy.

And last night, folks, it was harmless. Trump knew it was gonna be a setup. You might say it is a waste of time. Why did he do it? From his standpoint it was not a waste of time. He didn’t let any of them get to him. He did not act or act out in ways that were harmful to him. He came across really engaged. I thought he came across as empathetic. I think there were a couple of examples. We’ll have this in audio sound bites as we get into the roster today.

But I think he was far more empathetic in that setting than, say, Obama was in a similar setting. If you go back to 2009, ABC did a town hall with Obama to help him promote Obamacare. And you know the story. There was a woman in the audience, it was in the White House, and a woman stood up and asked the president of the United States if he would permit her mother, who’s gonna be a hundred and-some-odd years old, to get treated for an illness based on her will to live, that she wanted to live, she wasn’t ready to die, wasn’t ready to go toast.

And the president — I was taken aback anyway that an American citizen has to go to the White House to ask the president if he is gonna let another citizen live. And you know what Obama said? Obama said (paraphrasing), “Well, no. Will to live, we can’t start factoring that kind of thing into it. No. I think what we do, just give had her a pill and let her enjoy the remaining moments.”

There’s no empathy there. Trump had some examples of this last night. But I think if you just look at it as rehearsal for the upcoming debates, which, speaking of which, I still remain really dubious. I’m really, really doubtful that these things are going to happen. Everybody tells me, “But, Rush, they have to. I mean, Biden’s committed to it. The presidential debates are as part of the campaign as running ads. You gotta do it.” Folks, I don’t remain convinced that he’s gotta do it. I still think that they are looking at ways to renege on it. And we’ll see. Time will tell.