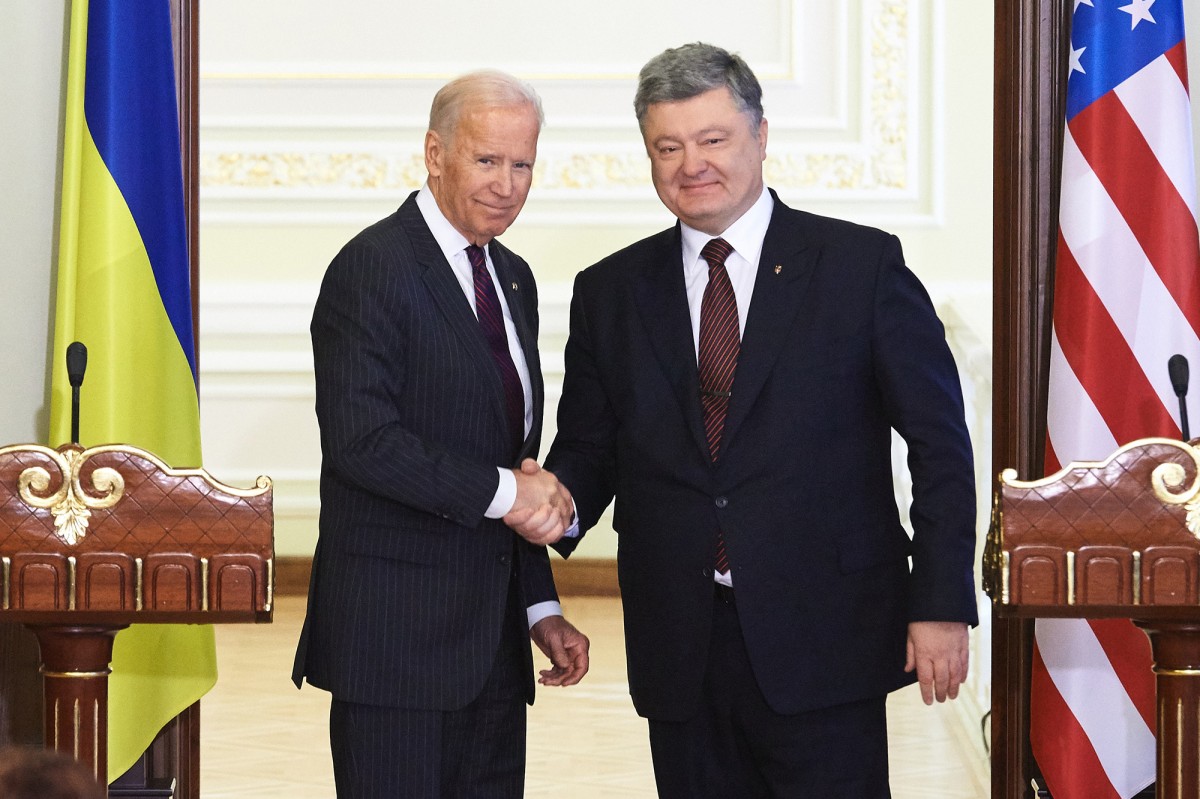 A phone call between Democratic presidential nominee Joe Biden and former Ukrainian President Petro Poroshenko was leaked Tuesday showing the two former leaders discussing what he could and couldn’t tell the incoming Trump administration, with Biden telling the foreign leader that he wants to stay “deeply engaged” in their diplomatic work as a private citizen.

During the exchange, the outgoing vice president and the then-president of Ukraine discussed the topic of visas, “something we have tried to sell to the Ukrainian people,” Poroshenko said.

“Hey, Petro. It’s Joe. How are you?” the conversation between the two began.

“Very well indeed, as usual, when I hear your voice, my dear friend,” Poroshenko responded.

The call then went dark and picked back up with Poroshenko saying, “And if President [Obama] can also support us, not only with the means, but with visa-free, that is something we have tried to sell to the Ukrainian people. And still hoping that you can come, maybe on the 21st of November, on our anniversary of the Revolution of Dignity and that would be very big delivery.”

The vice president then told Poroshenko that he was not able to visit on the date in question before warning that a future visit on a later date was dependent on how he responded to the incoming Trump administration.

“With regard to my coming on the 21st, as I told you I can never come … the 21st. I am going to try to come immediately after, in early December. But here’s where I am now, part of my answer to that depends on what was your conversation with our president-elect?” he asked the Ukrainian president.

“One of the things I’ve been doing is spending– they are not making the– I’m not being critical, but they, the new administration, the incoming administration has been very, very slow on getting ready for transition. Quite frankly, like most of America, they didn’t think they were going to win the election, so they did not have a fulsome transition team. As a matter of fact, they changed their transition team. Transition is a very, very delicate and precise dance, it goes on from administration to administration over the last 100 years and it requires the exchange of classified information and the like,” Biden continued, knocking his incoming successors for their handling of the transition.

“And the people they put forward to be part of the transition have to be cleared to do that, just as we had to be cleared after the Bush administration, etc. They have not done that, they’re trying to catch up and do it now since they fired the guy who headed up the transition just last week. The reason I bother to tell you that is I have been somewhat limited on what I am able to tell their team about Ukraine,” he admitted.

“The truth of the matter is that the incoming administration doesn’t know a great deal about the situation. So I am meeting with the vice president-elect, who is the only one who has any foreign policy experience,” he added, speaking of Vice President Mike Pence.