Study: As Many as 59 Million Displaced by America’s War on Terror 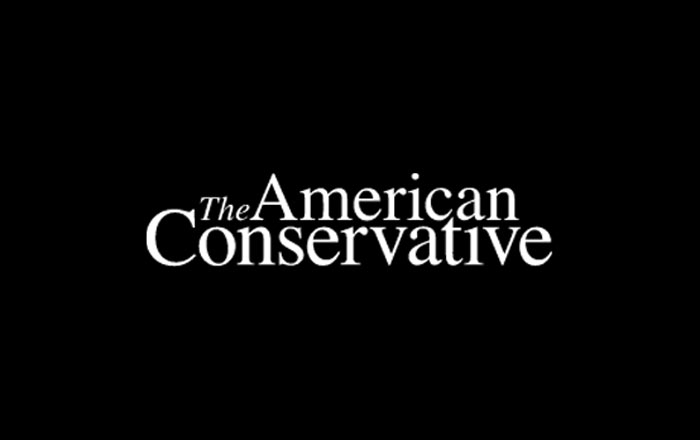 In the nineteen years since 9/11, the U.S. has waged ceaseless wars in dozens of countries around the world. A new study finds that those wars have exacted a heavy human toll on local populations—at least 37 million people in Afghanistan, Iraq, Pakistan, Yemen, Somalia, the Philippines, Libya and Syria have fled their homes due to wars the U.S. was involved in during the post-9/11 wars.

This exceeds the number of people displaced by every war since 1900, other than World War II. Thirty seven million is a conservative estimate—the number may actually be closer to 48-59 million. From 2010 to 2019, the total number of refugees and displaced persons globally nearly doubled from 41 million to a staggering 79.5 million, surpassing even post-World War II numbers.

Thirty seven million people is equivalent to the number of nearly all the residents of the state of California, or all the people in Texas and Virginia combined; it’s nearly as many people as live in Canada.

In other post-9/11 conflicts which involved U.S. troops, millions more people have been displaced, in as far-flung regions as Burkina Faso, Cameroon, Central African Republic, Chad, Democratic Republic of the Congo, Mali, Niger, Saudi Arabia, and Tunisia, according to the study by Brown University’s Costs of War project.

“Mainstream foreign policy makers and wonks, inside the administration and working at think tanks, both Democrats and Republicans, so often make policy prescriptions and advocate for things like going to war, with very limited attention to, or concern for, the human damage these actions will cause. Sadly this way of thinking goes back to the U.S. war in Vietnam, where there was a similar disconnect between the policymakers and the human effects,” American University professor and author of the study David Vine told TAC.

The report lands as the United States approaches the 20th anniversary of the invasion of Afghanistan on Oct. 7, 2001, and plans are being made within the Trump administration to draw-down U.S. troop numbers in Iraq and Afghanistan.

Yet the study prompted very little self-reflection from the Washington foreign policy establishment, said Trita Parsi, co-founder and Executive Vice president of the Quincy Institute for Responsible Statecraft, in an interview with TAC.

“The reaction that I saw from the blob was predictable,” said Parsi. Experts at many think-tanks prefer to see “the U.S. as some sort of a passive non-entity in these different conflicts, which at a minimum does not account for the negative consequences of our wars.”

“When a report like this comes out, which shows that these wars have created millions of dispossessed refugees, instead of having even a brief moment of self-reflection, the immediate reaction is to attack, dismiss, and criticize,” said Parsi. “It’s not very different from the reactions of many politicians, which is probably why it’s so hard to change policies on this. It’s a pattern that also fits a lot of America’s wars; there’s just no willingness to recognize the problems.”

Reports that neglect or are completely silent on the U.S. role in various global catastrophes are “constant,” said Parsi. But a report like this one, that accounts for U.S. actions, causes the establishment to “throw a tantrum.”

“That’s symptomatic of the reflexive defensiveness which makes it really difficult to shift US foreign policy,” he said. “There’s an unwillingness to recognize that there could be something wrong with the grand strategy of constantly wanting to dominate the whole globe.”

When Americans think of the post 9/11 wars, they tend to almost exclusively focus on the conflicts in Iraq and Afghanistan, where large numbers of U.S. troops were deployed. The study’s inclusion of other countries and conflict zones where America either had boots on the ground, or provided weapons and materiel support, ruffled some feathers in the Washington foreign policy establishment, and caused some to question the study’s methods.

But the study authors explain their methodology clearly:

“We focus on wars where the U.S. government bears a clear responsibility for initiating armed combat (the overlapping Afghanistan/Pakistan war and the post-2003 war in Iraq); for escalating armed conflict (U.S. and European intervention in the Libyan uprising against Muammar Gaddafi and Libya’s ongoing civil war and U.S. involvement in Syria); or for being a significant participant in combat through drone strikes, battlefield advising, logistical support, arms sales, and other means (U.S. forces’ involvement in wars in Yemen, Somalia, and the Philippines).”

And while some within the blob interpreted this to mean the study authors are blaming the U.S. for these conflicts and for the millions displaced, the very next next sentence in the study reads:

“In documenting displacement caused by the U.S. post-9/11 wars, we are not suggesting the U.S. government or the United States as a country is solely responsible for the displacement. Causation is never so simple. Causation always involves a multiplicity of combatants and other powerful actors, centuries of history, and large-scale political, economic, and social forces. Even in the simplest of cases, conditions of pre-existing poverty, environmental change, prior wars, and other forms of violence shape who is displaced and who is not.”

Vine said some took issue in particular with the inclusion of the displaced Syrians in the study.

They “questioned” our decision to include Syrians in our calculations, but “we anticipated this, and that’s why we were conservative in our estimates. We could have included upwards of 20 million displaced, since in some ways the U.S. has been involved in Syria, funding Syrian rebel groups all the way back to 2013; and given the role the U.S. had in destabilizing the region with the Iraq War which birthed ISIS,” said Vine.

Instead, the study “opted for a more conservative approach given that U.S. involvement in the war has been relatively limited compared to that of the Syrian government, rebel forces, foreign militants, and Russian, Turkish, and other foreign militaries.”

“We included 7.1 million displaced people from Syria, focusing only on the years that the U.S. was engaged in the anti-ISIS war and only those displaced from provinces in Syria where U.S. forces have operated,” said Vine.

“A less conservative and arguably more accurate approach would include the displaced from all of Syria’s provinces since 2014 or as early as 2013 when the U.S. government began backing Syrian rebel groups,” write the study authors.

Since U.S. support for the Syrian “free Army” has always been portrayed in U.S. media as the “good fight” against Assad’s bad guys, it’s easy to see why the blob is dismayed by the inclusion of Syrians displaced by U.S. action. Indeed, official sources have never fully acknowledged the billions of dollars of weapons the Pentagon poured into the region.

“I think people feel like the U.S. shouldnt take the blame for displacement on that scale in Syria, and that’s what upset some people,” said Vine. “We’re very clear in the report we are not saying the U.S. is solely responsible for the 37 million displaced globally. There’s responsibility to be shared by many other actors, including Assad, ISIS, Taliban, Shia militias. But we focused on displacement in areas where the US has significant responsibility because the U.S. launched the war, or played a significant role in the conflict.”

What impact will a study like this have on foreign policy thinking in the decades to come? Will the next administration carefully ponder a study like this, alongside cost estimates, weapons capabilities, oil futures, and U.S. casualties?

“Personally, I hope this study casts more light on the human impact of these wars, that I think largely has been overlooked, certainly in recent years,” said Vine. “There’s been a humanitarian catastrophe that has engulfed the Middle East and I think a lot of people in the U.S. and elsewhere haven’t reckoned with the full scope of destruction and damage these wars have wrought.”

“Somehow the record of the past 19 years of war — disastrous doesn’t even begin to capture how horrific these wars have been, for the U.S., for the world, for the people who have been affected — yet somehow there’s people in Washington that still think the U.S. military can and should invade Iran or start a war with North Korea,” Vine added.