Will we remember this as the week that the tide turned in Trump’s favor? 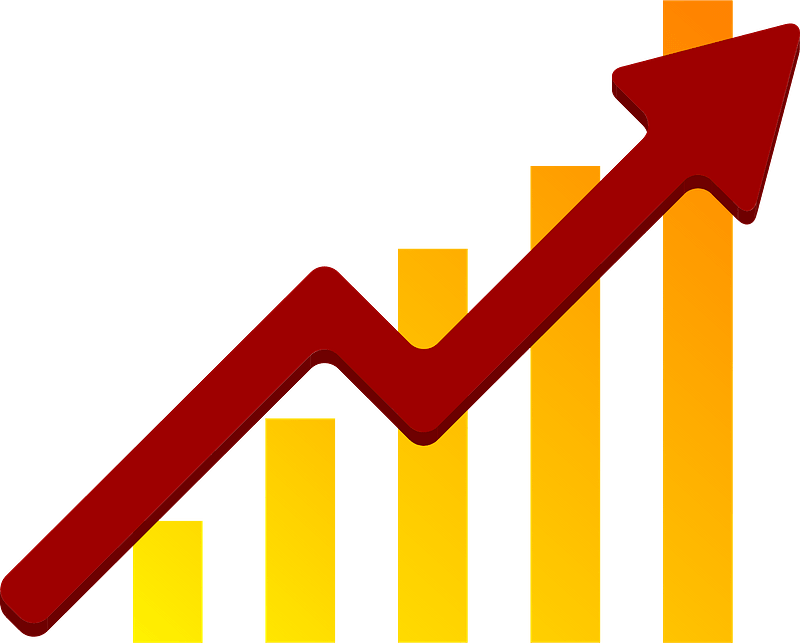 I’m not a superstitious person, but I have to admit to something close to trepidation as I write this post with good news about Trump’s reelection prospects. I fear angering the gods or the fates, or maybe I’m just worried that people will get complacent. Still, good news needs to be shared, so here goes. Just promise me that, if you read this, you’ll maintain a sense of unusual urgency that will see you casting an in-person vote in this election.

The first bit of good news is learning that the violent protests, riots, and looting that the Democrat party encouraged over the summer are backfiring. According to the most recent Rasmussen Reports poll,

Three-out-of-four voters who’ve had violent anti-police protests in their community rate those protests important to their vote in the presidential election. Among these voters, a sizable majority like the job President Trump is doing.

What’s significant is that this poll doesn’t just reflect the hardest-hit areas, such as Portland or Kenosha. Instead, 42% of the people polled had anti-police protests take place near them, while 48% of those respondents said the protests had become violent. Moreover, 65% of all voters said those violent protests had affected their votes, with those most affected by the violence (that means those living in Democrat strongholds) saying that violence will factor into their vote.

Ken Miller walked into one of the four storefronts on the right flank of the Richland Shopping Center, asked if this was where he could change his voter registration, sat down with a purpose and began to fill out the form.

“It is time to go,” he said flatly as he checked his Pennsylvania driver’s license number to place on the form.

Miller did not vote for Donald Trump in 2016; he didn’t vote for Hillary Clinton either. He is a retired insurance manager and does not like what he sees coming from the party he has been a part of his adult life. “I just get tired of the game playing that the Democrats are doing,” he says. “Everything’s just so disgusting today. Something has to change. Well, something’s going to change.”

“I’m afraid something’s going to break out here, and I’m pretty sure it will,” he said. He’s concerned that what happened to patrons having dinner at an outside cafe in Pittsburgh, when protesters swarmed them, will find its way here and other bucolic settings across the country.

Miller is not alone. For the first time anyone can remember, Cambria County is no longer dominated by Democratic voter registrations. It lost that dominance quietly on Labor Day weekend when Pennsylvania Department of State registration numbers showed Republicans having 37,951 registrations and Democrats holding 37,826.

As you read this, keep in mind that this is consistent with a trend that began in July, as increasing numbers of people in swing states registered to vote as Republicans:

The Republican Party has edged out the Democrats in the race to sign up new voters — and coronavirus lockdowns are to blame, a new report says.

New registrations cratered in the last three months, says TargetSmart, a Democratic data firm. In May of this year, 194,596 new voters were registered nationwide, according to TargetSmart’s report. That’s just 13 percent of the 1,490,631 who registered in May 2016.

In at least five battleground states, Democrats appear to have borne the brunt of the damage during the COVID-shutdown period.

Florida is one of the most crucial battleground states, and Trump is rising in the polls there:

After falling behind Democratic nominee Joe Biden in May, U.S. President Donald Trump has surged back into a virtual dead heat in the battleground Sunshine State, according to a statewide survey of registered Florida voters by the Florida Atlantic University Business and Economics Polling Initiative  (FAU BEPI).

Biden holds a 49 percent to 46 percent lead, with 5 percent undecided, but those undecideds are breaking for Trump 4:1, resulting in a statistical tie at 50 percent for each candidate.

Still, Biden is in there fighting for Florida’s Hispanic vote:

And here’s the best news of all. CNN is starting to panic about mail-in voting. You read that correctly. It’s not worried about fraud, of course, which only benefits Democrats. Instead, the problem is that absentee ballots from their key demographics get rejected too often:

Those rejections result, in part, from voters having trouble complying with the unique procedural requirements absentee voting entails. Those voting absentee for the first time — which is expected to be most absentee voters this fall — are more likely to run into these problems. Studies also show that absentee ballots cast by voters who are younger or from racial and ethnic minority groups are rejected at higher rates than other absentee ballots.

It’s bad when you figure out that even cheating won’t help you win. No wonder Biden tottered over to a voting booth on Monday, putting to rest forever the lie that voting is too dangerous in a Wuhan virus era:

If even Basement Biden can vote in-person, why shouldn’t we?