Masculinity Suddenly Rushes Into the News 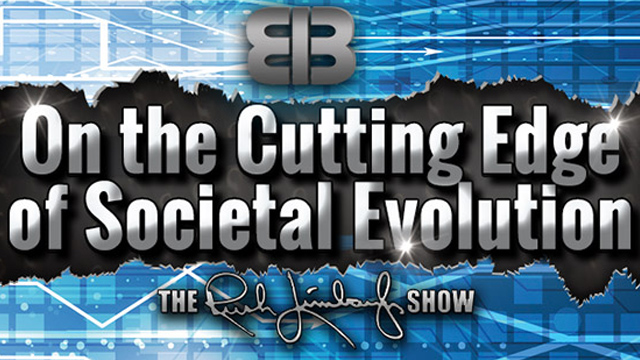 I had a piece yesterday by Mr. Perez in Miami who thinks that African-American and Latino young men of color are going to respond favorably to masculinity because they’re tired of their masculinity being called toxic. My point is there isn’t anywhere else on the radio or in media that anybody’s talking about masculinity but me. So whenever there’s a story about masculinity out there, where do you think it emanated?

And I have one here. Jason King at Outkick. I think that’s the place that Jason Whitlock went to work. At any rate, the headline: “Like It Or Not, Return Of Big Ten Football A Win For Trump And Masculinity.” Well, ladies and gentlemen, I always tell you I’m on the cutting edge of societal evolution, and therefore if you listen regularly to this program, so shall you be on the cutting edge. I don’t know who Jason King is, but the odds are — well, I’m not gonna make any rash assumptions, but I don’t know of too many places where masculinity being discussed positively.

RUSH: Here it is: “Like It Or Not, Return Of Big Ten Football A Win For Trump And Masculinity.” Now, isn’t it interesting that masculinity would all of a sudden be an ingredient in this story? And I’m not being critical of anybody here, don’t misunderstand.

“Donald Trump’s biggest bet is on masculinity.” That’s how this story opened. Jason King at Outkick. “Masculinity is Trump’s calling card, his defining characteristic, his primary tool for re-election. His opponents showcase their alleged empathy. President Trump highlights his masculinity. Masculinity is an aphrodisiac, a reason to fall in love.”

And one of the ways that masculinity is expressed is in the area of confidence. You know what I’ve found over the course of my many years as a top-ranked media figure? Confidence really puts some people off, especially for some reason Millennial-aged women. If you are confidant — and I am — if you are confident, and if you add bravado to the confidence, it turns some of them off. Because in their minds nobody is supposed to be that sure of themselves. “And you can’t say that what you think is right. There are so many possibilities.” 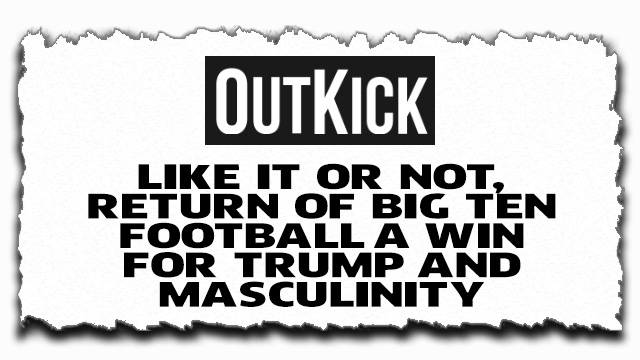 So if you are dead certain about something, if you are confident, if you have no doubt whatsoever about what you believe, it can offend people, because they don’t have that kind of confidence, and they don’t think that there are answers that are cut-and-dried on anything. And that’s because the whole notion of right and wrong has been so diluted and watered down.

The attack on morality has been so successful that there are some people that just blanch at anybody that loves themselves, is confident in what they believe. And that is Trump. Trump is very much confident about what he believes and what he can do. He’s very confident about what he’s going to do. He doesn’t need a committee of people to help him come to a maybe decision. And that alone can be off-putting to some people. But I think it is part and parcel of masculinity. And masculinity, as I say, is not just brute strength or things that are macho. Masculinity is attitudinal as well.

So Jason King here says, “Midwest people love football, a sport that rouses feelings of toughness, strength and power. That’s why Wednesday’s announcement that the Big Ten would indeed have a 2020 season wasn’t just a win for college football fans. It was a victory for Donald Trump.

“On Wednesday, the president made sure to remind everyone that two weeks ago he called Big Ten commissioner Kevin Warren to make the case for the conference to reverse its decision to cancel football season. ‘This was completely dead in the water on August 31,’ a Senior White House Administration Official said.” 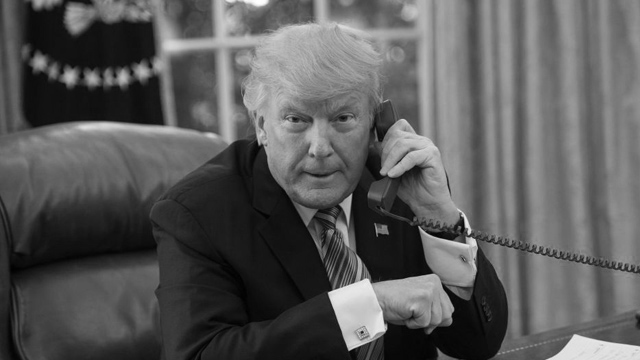 Then Trump gets on the phone, they change their mind. I think also something that helped change their mind was the success of the NFL and its opening weekend. By the way, they have tested the players, the Chiefs and the Texans. Zero. Zero cases of COVID-19 after the Thursday night game between the Texans and the Chiefs.

RUSH: Grab sound bite number 24. Yesterday, remember I shared with you excerpts of a column in USA Today written by Christine Brennan. She’s a sportswriter, and she used to be at the Washington Post. She is livid that the Big Ten changed its mind. And I remember, I made the observation that these sports writers, particularly women sportswriters, it seems like so many of them don’t even like sports.

They blame sports for creating these characteristics in men that everybody should be afraid of, the toxic masculinity, the brute force, the barbarism, the mean-spiritedness, the aggression, all of these things that we are trying to program out of young boys and men. And when the Big Ten reversed itself, she was fit to be tied and blamed Trump for it.

We have an audio sound bite here from CNN’s Newsroom today. John King speaking with USA Today columnist Christine Brennan. Question: “You call it the Trumpeting of the Big Ten. You see the president’s thumb on this?”

BRENNAN: I do. And the president sees the president’s thumb on this, John, as we know. There was an off-the-record briefing yesterday about this, so he’s taking a victory lap. Whether it means anything in terms of votes that he desperately needs in Michigan, or Ohio, or Wisconsin, or Pennsylvania we’ll see. But again, there are adults in the room and they’re the presidents of the Big Ten schools. That’s the decision the Big Ten made, but to go for football as opposed to being correct and sitting back and watching some of the problems elsewhere and saying, “Hey, we made the right decision, we did not roll the dice.”

RUSH: Does anybody know what her point there is? Any idea what she’s saying? All I know is that she’s mad that the Big Ten changed its mind. She’s upset they’re gonna play football. She would rather them not. Blaming Trump for it. She alluded to something here that is interesting. “Whether it means anything in terms of votes that he desperately needs in Michigan or Ohio or Wisconsin”? 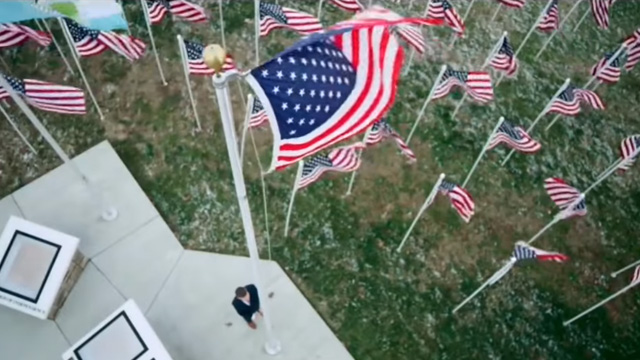 Donald Trump believes in American traditions. He believes that there are things at these institutions which uniquely, exclusively define America, which create the entire combination of things that equal American greatness, American exceptionalism. And laugh if you will, but he believes college athletics is one of those great traditions. He believes the NFL, Major League Baseball, professional sports is another. It’s merit-based. It is individuality. It requires teamwork and rugged individualism at the same time.

But more than that, Donald Trump is not doing this for votes. Yeah, the Big Ten does have some states that he needs. But that’s not why he thinks the Big Ten ought to play. He thinks they ought to play because this is the United States of America, and we don’t cower in the corner! We do not shift away and start acting like we are afraid of life. We do not fear living. We adapt. We show the rest of the world how to adapt.

The institution of college football, there’s a lot riding on it. So many young men’s futures are tied into it. Financial independence and health of the universities are tied into it. Some people may disagree with the way the financial aspect of all of this is structured, but still, it is a relevant factor. And to just shut it down for a year because fear seems to be the proper response? That’s not who we are.

The Millennials need to learn this. This is not how America became what it is. And there’s a lot riding on this. These people that would be forced to miss this year of college football is not just college players that might be good enough to maybe get drafted or chosen to play in the National Football League. These kids have a finite number of years that they are athletically capable of excelling at the top tiers they do. And to just have a year of that taken from them that they can’t get back, is senseless.

But really, I don’t know if Trump’s gonna benefit from this politically. Some of the states in the Big Ten are states that he needs to win, but I don’t believe that’s what is in his mind. I think people just can’t understand it no matter how hard they try. Loving America is not that tough to figure out, but he does. And he’s proud of it. And he thinks these traditions that have defined this country are worth preserving and continuing. That’s really all this is.

Celebrating the flag before NFL games. It’s worthy of preserving. It shouldn’t become an opportunity to rip your country to shreds. Do that somewhere else.