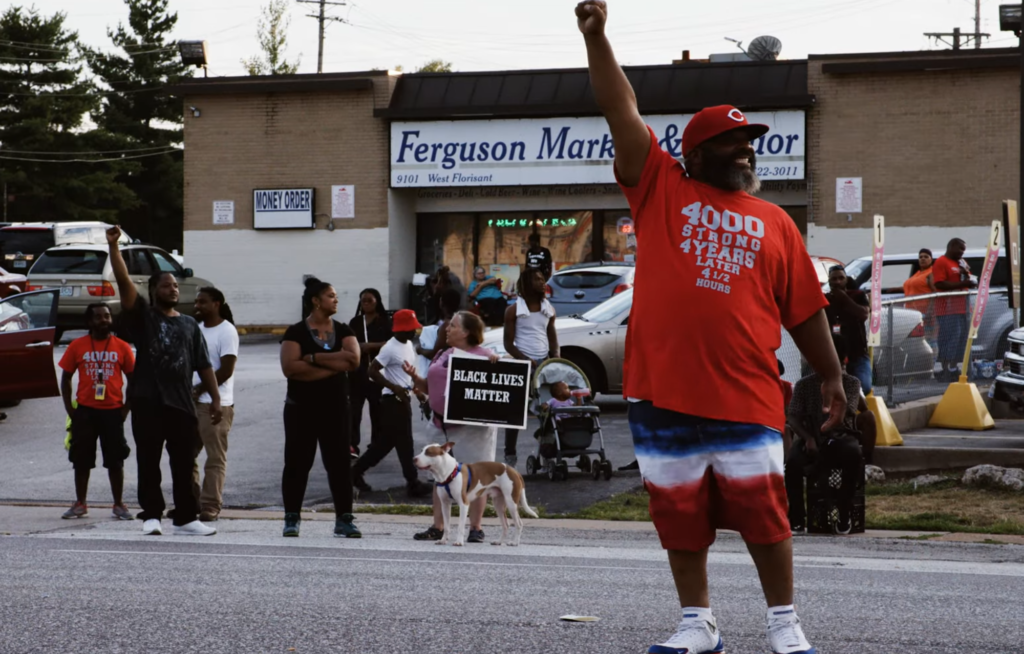 Directed by Eli Steele and set to premiere on streaming platforms on October 16, “What Killed Michael Brown?” is meant to examine race relations in the United States and the reactions to the deaths of young black men such as Michael Brown in Ferguson, Missouri.

“America’s original sin is not slavery. It is simply the use of race, as a means to power,” the trailer states. “Was it really racism that killed Michael Brown?”

Steele believes it is the culture of black victimization and the rise of “white guilt” that plays a role in the increasing amount of attention and outrage at these events.
“One of the things we hope comes out of this film is that you, the viewer, sees that over and over we’ll go down that road. ‘We’ll make race count here. We’ll make it right. We’ll use race to do the good thing to uplift people.’ That’s the worst thing you can ever hear. Then you know corruption will follow,” Steele explained.

While Steele claims that growing up as a black man during segregation and the civil rights movement showed him the importance of the black advocacy craved by many of the people in Ferguson and other cities, he claims that many black leaders such as Al Sharpton and Jesse Jackson “exploit these situations” for political gain.

In the film, Steele said he avoided political and partisan and instead chose to dig into the “fictions” of race that contributed to these shootings and events.

According to Steele education and broken homes are areas that black people are ignoring in exchange for targeting racism.

“We use racism and white racism as an avoid, as an escape from the real work,” Steele said

Moving forward, Steele said he believes that black people need to embrace the freedom that they have as Americans to embrace that change.

“Freedom is a frightening thing. And when the responsibility for your life is put back into your own hands, that makes us all nervous. But let’s face that. Let’s deal with that,” he said.

In June, Steele told The Federalist that today’s racial tensions are caused by the explosion of a racial change during the civil rights movement and the development of “redemptive liberalism.”

“The left has discovered that there’s enormous power in claiming to be redemptive, claiming and putting yourself on the side of the good. And so the left always is a constant scream of political correctness and do-gooders in one kind or another and claiming the mantle of power in order to say ‘We will redeem America. We will be the ones who make America achieve its dreams of equity for all,’” Steele said.