The West Shouldn’t Intervene in Belarus 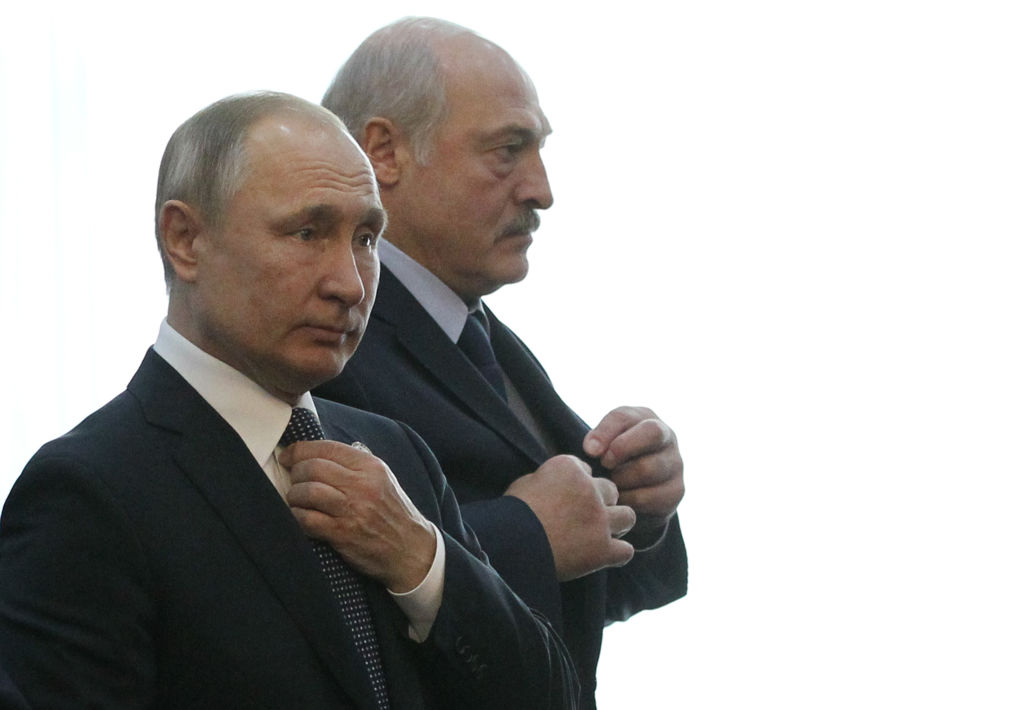 Russia considers its neighbor a buffer between itself and NATO. The consequences of a provocation could be disastrous.

After massive street demonstrations erupted last month against the corrupt, autocratic rule of Alexander Lukashenko, the longtime president of Belarus, it appeared that Western governments might have the wisdom not to meddle. Unfortunately, that hope is fading, as the usual advocates of U.S.-led regime change campaigns become more vocal. It’s imperative that American and European leaders resist calls to take action in support of pro-democracy demonstrators. A move in that direction could not only entangle the United States and its allies in a messy internal political struggle in a small Eastern European country, it also could lead to a dangerous confrontation with Russia.

As I discussed in a previous American Conservative article, the relationship between Lukashenko and Russian President Vladimir Putin is complicated. On a personal level, the two men can barely tolerate each other. The Kremlin regards the regime in Minsk as a dysfunctional, often unreliable, client. Most Western experts agree that Moscow would prefer to avoid conducting a direct military intervention in Belarus. Russian officials likely see little advantage for their country in becoming responsible for the affairs of their politically restless, economically impoverished neighbor.

Nevertheless, Putin’s government is visibly nervous about what might fill the resulting power vacuum if Lukashenko is ousted. The memory of Ukraine’s 2014 Maidan Revolution, when demonstrators (with more than a little Western encouragement) overthrew the country’s elected, Russia-friendly government and replaced it with a staunchly nationalistic pro-NATO successor, still haunts Russian leaders. Granted, there are important differences between the two. Unlike the Ukrainian protestors, few Belarusian demonstrators carry signs proclaiming their enthusiasm for NATO or the EU, nor are they festooned with buttons and flags displaying the stars and stripes. Overall Belarusian public sentiment appears to be vaguely pro-Russian. Most pro-democracy demonstrators seem genuinely focused on their stated goal of having honest elections and bringing an end to Lukashenko’s strongman rule.

Yet it’s important for Western leaders not to underestimate Moscow’s determination to keep Belarus in Russia’s geopolitical orbit. Early on, Putin explicitly warned EU governments not to interfere in Belarus. He also assured Lukashenko that Russia was prepared, under the provisions of the existing mutual security agreement, to deploy troops to help maintain order, if that became necessary. He has since reiterated that commitment.

The initial response of Western governments to the disorder in Belarus was relatively cautious and restrained. When Lukashenko accused NATO of deploying troops on his country’s Western border, alliance leaders flatly denied the allegation, and at the time, those denials were apparently accurate. They aren’t anymore. NATO has now conducted military exercises near Lithuania’s border with Belarus, an imprudent and gratuitously provocative step. It also may reflect a growing campaign in the West to demonstrate “solidarity” with pro-democracy factions in Belarus.

An editorial in the September 10 New York Times, “Support the Brave Protestors of Belarus,” is typical of this lobbying effort. The Times’ editorial board asserted that the “crackdown on peaceful protests over a blatantly fixed election in Belarus is an affront to everyone who cherishes democracy and elemental fairness.” The editorial noted that the protesters “have not reached out to the European Union, NATO or the United States for support.” Yet that did not deter the editors from offering support. They warned that Moscow might “try to draw the European Union into some form of dialogue that would give a patina of legitimacy to Russia’s search for a way to resolve the crisis to its advantage.”

The editorial writers scorned any such dialogue. Instead, they contended,

the West’s role — that of governments, human rights organizations and the social media-wielding public — is to demonstrate to the many courageous people who cast their ballots for Ms. Tikhonovskaya, [the opposition’s candidate in the previously tainted election] and who have braved beatings and arrest simply to demand that these be counted, that free people everywhere are on their side and support their demand for new elections, the release of all detainees and the return of opposition leaders who have been driven into exile.

The Times was hardly content with such moral support, however. It insisted that the message of Western support “ought to be underscored by serious personal sanctions — frozen foreign bank accounts, travel bans and the like — against Mr. Lukashenko’s cronies and those who falsified the election results and then cruelly abused those who dared to protest.”

That approach managed to be simultaneously provocative and feckless. It would symbolize that the intent of the West was once again to fish in troubled political waters on Russia’s perimeter, agitating the Kremlin and worsening already chilly East-West relations. Belarus has already threatened to shut down important transit routes from Russia into Eastern and Central Europe if sanctions are imposed, which would further raise tensions. Although provocative, the sanctions suggested by the Times would be woefully insufficient to bring down Lukashenko’s regime or even threaten its tenure.

Highlighting the bipartisan nature of the push for a more active U.S. policy to back the anti-Lukashenko forces, the Heritage Foundation urged Washington “to consider implementing Magnitsky Act sanctions on relevant Belarusian authorities.” That legislation was enacted in 2012 to punish Russia for alleged human rights violations. The Times and Heritage recommendations regarding the desirability of sanctions were nearly identical.

U.S. and EU leaders must resist such pressure. The one development that might impel Putin to overcome his reluctance to intervene militarily in Belarus would be if he concludes that the West intends to interfere there as it did in Ukraine. Moscow regards Belarus as an important territorial buffer between the Russian Federation and NATO. If pressed, Putin may decide to absorb Belarus for security reasons, as he did Crimea. A Treaty on the Creation of a Union State of Russia and Belarus was signed in 1999. So far, it has been mostly symbolic, but a spooked Russia could move to implement it fully. Such a step would put the existing cold war between Moscow and the West into a deeper freeze, an outcome no one should want. Western, especially U.S., leaders need to refrain from making an already bad situation worse.

Ted Galen Carpenter, a senior fellow in security studies at the Cato Institute and a contributing editor at The American Conservative, is the author of 12 books and more than 850 articles on international affairs. His latest book is NATO: The Dangerous Dinosaur (2019).