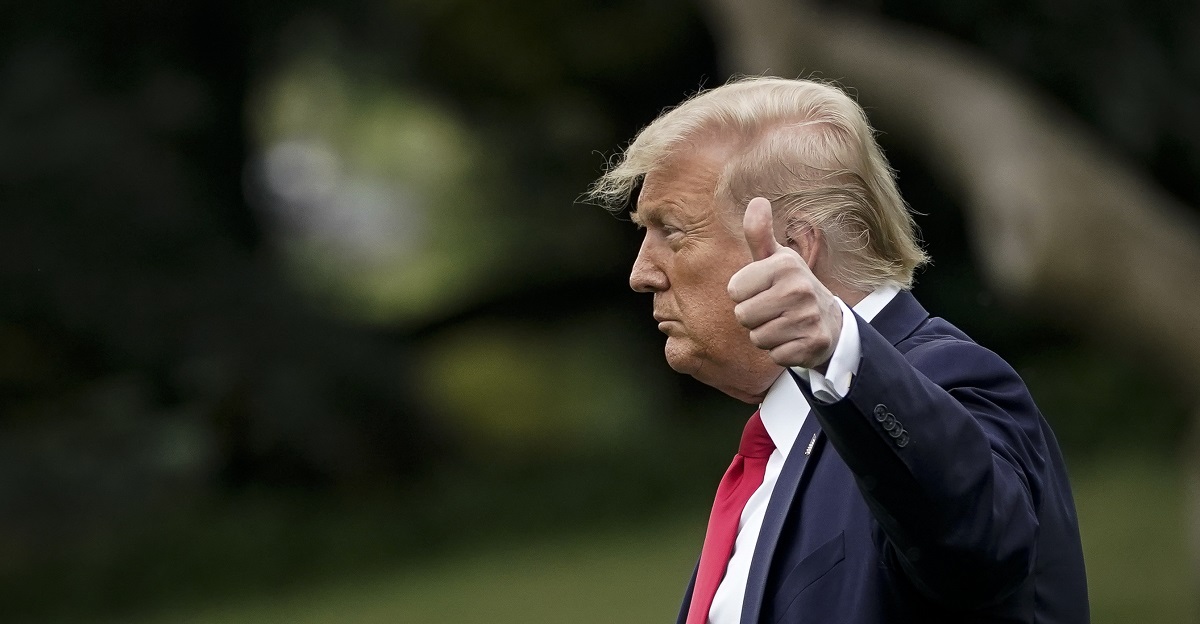 President Donald Trump baselessly questioned the validity of the November 3rd general election in a Thursday morning tweet that criticized what he called “unsolicited ballots,” and cited the efforts of the pro-Trump political group True the Vote.

The two-part tweet came shortly after a Fox & Friends segment aired an interview with Catherine Engelbrecht, founder, and president of the True the Vote whose mission is to “restore the confidence in our election process.”

Amid the public health emergency and risks posed by entering high-trafficked and crowded indoor environments like many polling locations and the easy spread of Covid-19, mail-in voting has become a lightning rod of controversy between those who want to make voting more accessible and those who see it as rife with fraud. There is very little evidence that mail-in voting has been exploited in the past, however.

But Englebrecht told Fox & Friends host Ainsley Earhardt that she sees mail-in voting as “engineered chaos” and explained her True the Vote effort “is part of a plan to open up legal battlefields nationwide.” She then explained that she is trying to “recruit, train, and mobilize citizens, we litigate and fought many of these states already this year that are trying to change the rules just to cause added confusion, added chaos.”

This message resonated with the commander-in-chief, who claimed (in all caps) “the Nov 3rd Election result may NEVER BE ACCURATELY DETERMINED, which is what some want.”

Because of the new and unprecedented massive amount of unsolicited ballots which will be sent to “voters”, or wherever, this year, the Nov 3rd Election result may NEVER BE ACCURATELY DETERMINED, which is what some want. Another election disaster yesterday. Stop Ballot Madness! https://t.co/3SMAk9TC1a

The big Unsolicited Ballot States should give it up NOW, before it is too late, and ask people to go to the Polling Booths and, like always before, VOTE. Otherwise, MAYHEM!!! Solicited Ballots (absentee) are OK. @foxandfriends

Election security is paramount to a working democracy, and no reasonable person favors voter fraud.  Regardless, Trump’s past and current comments undermine the results of the coming election by opening the window of possibility that, no matter the outcome, they will not be legitimate, “which is what some want.”

Watch the segment above via Fox News.