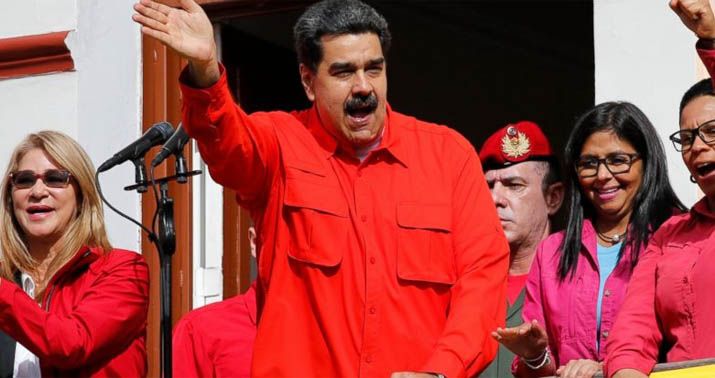 It’s a rare day when we get the opportunity to toss some praise to the United Nations, but as the saying goes, even a blind squirrel finds a nut every once in a while. This week, the UN Human Rights Council made a somewhat unprecedented decision to accuse Venezuelan tyrant Nicolas Maduro and a number of his high-ranking officials of war crimes. The accusations cover at least some of the socialist dictator’s many sins, including murder, torture, and “arbitrary detention.” One can only imagine the families of the literally thousands of people who have been thrown in dungeons, beaten to death in the streets or simply “disappeared” without a trace saying in unison… “ya think?” (Free Beacon)

A UNHRC panel said it has “reasonable grounds to believe” that Maduro and other regime officials, including Venezuela’s defense minister and director of intelligence, “ordered or contributed to” arbitrary detention, murder, and torture.

“Far from being isolated acts, these crimes were coordinated and committed pursuant to state policies, with the knowledge or direct support of commanding officers and senior government officials,” said panel chairwoman Marta Valiñas. “High-ranking officials had effective command and control over the perpetrators and knowledge of their actions but failed to prevent or repress the violations.”

While we should give credit where due and support the UNHRC’s decision to take this action, it’s also worth asking what took them so long. As you may recall, it was well more than a year ago that this same commission concluded a years-long investigation and issued a report confirming that the Maduro regime had been using torture and “extrajudicial executions” to maintain the dictator’s hold on power.

The most common form of executions was conducted by the President’s roving bands of hoods who would single out opponents on the street, claiming they intended to take them into custody. The target would then be accused of “resisting arrest” and summarily executed. For those of you expressing concern over American police using lethal force against suspects who actually are resisting arrest, consider some of the numbers Maduro has racked up. The UN confirmed that 5,287 people had been killed in this fashion just in 2018. And that’s in a country with a total population less than one-tenth that of the United States.

Of course, none of these tactics have been much of a secret ever since Maduro came to power. Last year, a civil rights group operating inside Venezuela issued a report detailing more than 15,000 “politically motivated detentions” in just the first eight months of 2019. A significant number of those people were never seen again, despite no formal charges being filed and none of them actually going to trial. Details are hard to come by because most of the families are afraid to speak up or go to the media for fear of further governmental retribution.

These charges come on the heels of the United States charging Maduro and 14 of his cronies with narco-terrorism, corruption and drug trafficking. Sadly, these charges, both from the UN or our own government, will be largely meaningless, as with nearly all UN mandates. The United Nations has almost no power to enforce its decrees beyond coaxing member nations into participating in sanctions. And even the United States government lacks the ability and the authority to go bursting into Venezuela and arrest their president or bring him back to America to stand trial.

In the end, there is only one way that Nicolas Maduro will face justice and that’s if the people of Venezuela (hopefully with the support of the military) decide to stand up for themselves and remove him from power. But as long as he retains the military and financial support of Russia, China, Iran and Turkey, that seems to be an unlikely proposition at best. The most the rest of us can probably do is pray for the citizens of Venezuela. They could definitely use help.