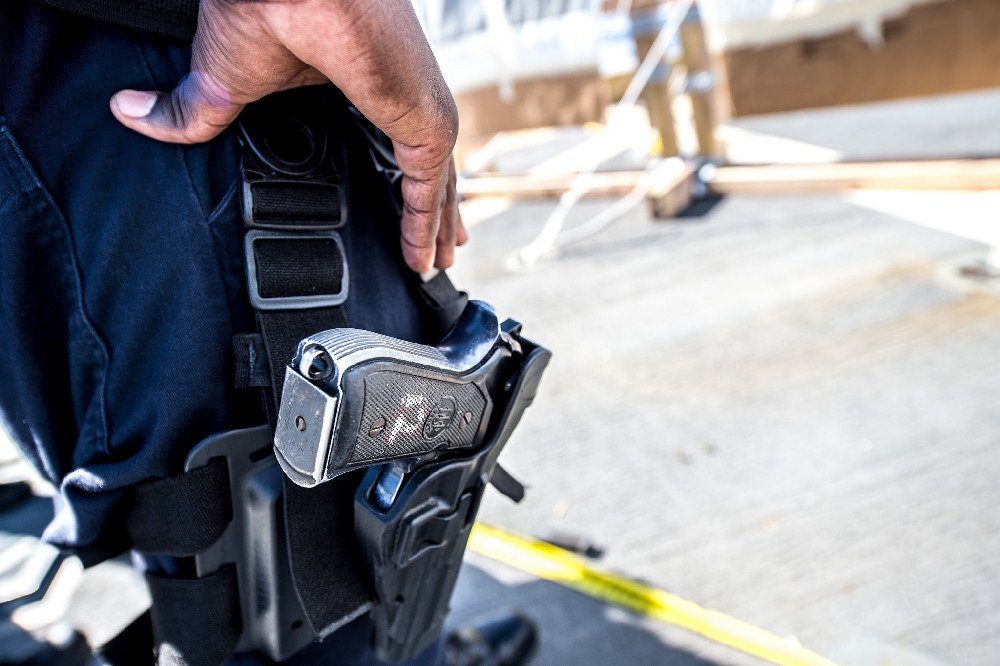 A sheriff’s deputy in Oildale, Califonia is on administrative leave after he shot a man who attacked him on Tuesday while he responded alone to reports of a suspicious vehicle with two people inside.

“The deputy arrived and located the vehicle, which was a reported stolen vehicle,” said Public Information Officer for Kern County Sheriff’s Office Joel Swanson to local news media. “As he was dealing with that vehicle, a subject ran up behind him in an apparent ambush attack. And a struggle ensued with the deputy and that subject.”

It was during the struggle that the deputy fired three shots at Ricardo Enrique Usher, the suspect. Usher was transported to the hospital and is now “facing felony assault charges and a misdemeanor for resisting arrest.” His bail is set at $500,000.

According to The Kern County Sheriff’s Office, the suspected ambush was an “unprovoked attack.”

“At this point it appears that this was an unprovoked attack and the deputy had no knowledge of the suspect being in the area until the suspect was nearly on top of the deputy,” Swanson said.

The suspected ambush comes a few days after two Los Angeles County deputies were also ambushed by an armed suspect while sitting in their patrol vehicle in Compton, a Los Angeles sector. Both were transported to St. Francis Medical Center in Lynwood, California, with serious injuries. Outside the hospital as the badly wounded officers were being given emergency care, protestors called the cops “pigs,” screamed “f-ck the police,” and said “we hope they die.”

Two of the people at the protest, including an NPR reporter, were arrested and charged with violating California penal code 148, which prohibits anyone from stopping a “public officer, peace officer, or an emergency medical technician” from performing his assigned duties.

A $675,000 reward is available for anyone with “information leading to the arrest and conviction of the gunman,” but no suspect was named as of Thursday.