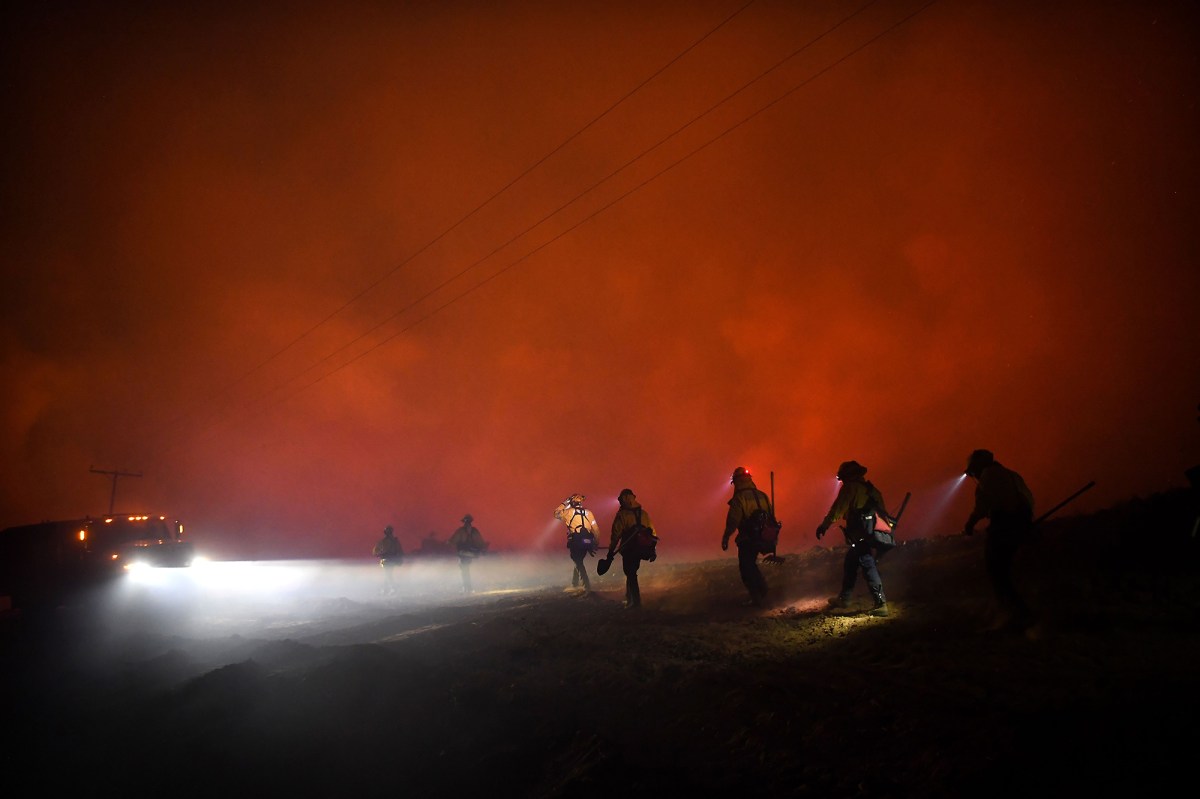 A firefighter died battling the California blaze sparked by a pyrotechnic device during a gender reveal party — as nearly 60 large fires continued to ravage the West Coast.

The firefighter, whose name was not released pending family notification, died Thursday in the San Bernardino National Forest where he and others were battling the El Dorado Fire, according to the US Forest Service.

“Our deepest sympathies are with the family, friends and fellow firefighters during this time,” Forest Service spokesperson Zach Behrens said in a news release.

Investigators are probing how he died. No information was immediately released about the agency he worked for.

The blaze — which has since burned more than 19,000 acres and is about 66 percent contained — was ignited Sept. 5 when a couple set off the device at El Dorado Ranch Park, at the foot of the San Bernardino Mountains, to reveal a yet-to-be-born baby’s sex.

The El Dorado Fire is just one of about two dozen wildfires raging in California alone — burning more than 3 million acres this year and causing at least 25 deaths.

Elsewhere on the West Coast, five men in Oregon single-handedly battled a blaze, known as the Lionshead Fire, as it encroached on the historic Breitenbush Hot Springs Retreat earlier this month, according to a new Los Angeles Times report.

Strong winds thrust the flames through the Willamette National Forest toward the resort on Sept. 7.

As the fire drew near, all 150 guests and workers at the resort evacuated — as did the volunteer fire department — considering it too dangerous to stay there.

In all, the Lionshead Fire — which was ignited by lightning on Aug. 16 — has burned more than 189,000 acres and is only 10 percent contained as of Friday, according to the US Forest Service’s InciWeb system.

But the blaze is also just one of 12 wildfires in Oregon, which have collectively burned almost 950,000 acres, according to the National Interagency Fire Center (NIFC).

In total across the US West Coast, about 59 uncontained large fires are still burning, according to National Interagency Fire Center stats obtained by CNN Friday morning.

Blazes in California, Oregon and Washington State have collectively scorched more than 5.8 million acres, the network reported, citing a spokesperson and a report from the NIFC.

At least 34 lives have been claimed by the fires.