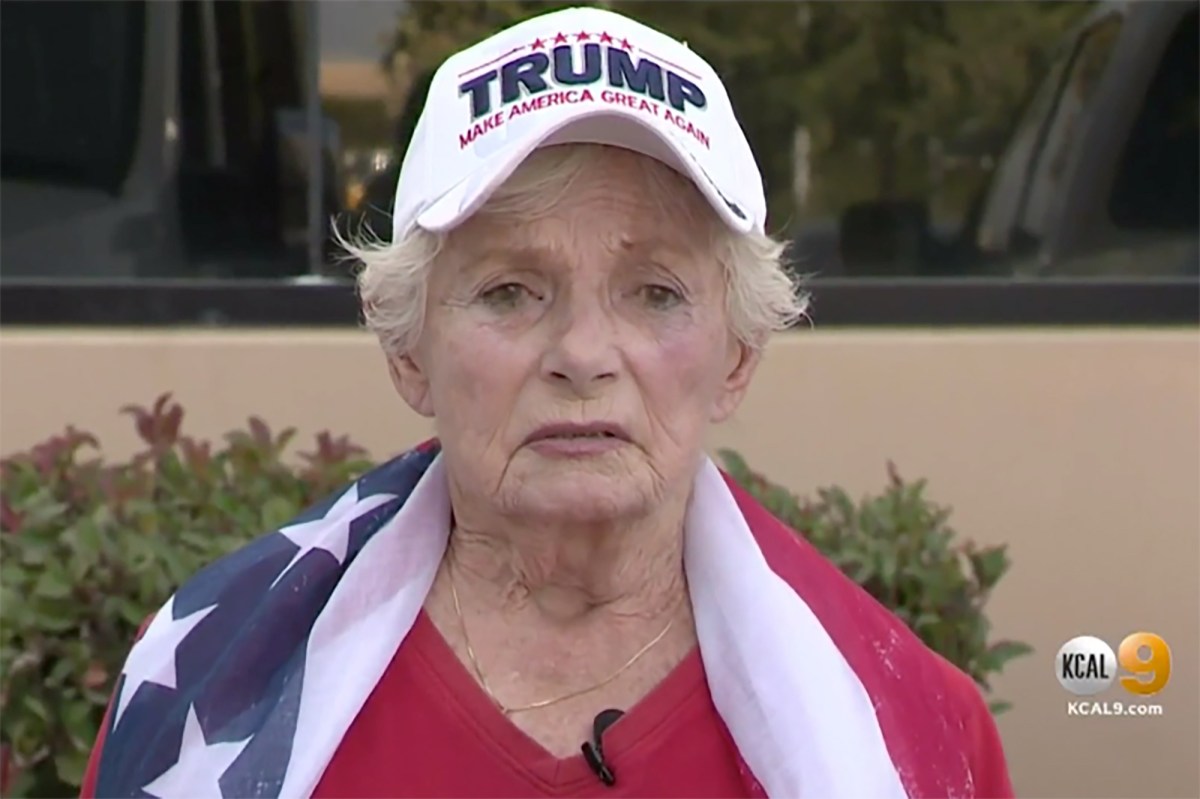 A knife-wielding California man allegedly punched a female Donald Trump supporter at a “Make America Great Again” rally before a retired cop pulled a gun and subdued him.

He allegedly put his cigar out on 84-year-old Donna Snow’s Trump sign and blew smoke in her face, cops and witnesses told the station.

“I said don’t do that. And he took his hand out from way back and whacked me right across my face and broke my earring off,” Snow said.

As Shaw flipped out, he allegedly hit two other women, ages 55 and 74, then pulled a pocket knife — causing the retired officer to spring to action and detain him, according to cops and footage.

Shaw’s knife was later recovered from a nearby bush, where witnesses reported seeing it thrown, said Sheriff’s Sgt. Dennis Breckner. He was charged with suspicion of assault with a deadly weapon, elderly abuse and battery.

Roughly 30 people had gathered at the rally, which was winding down when Shaw approached them. One demonstrator, Cynthia Cantrelle-Westman, said she at first thought he had come to join the group.