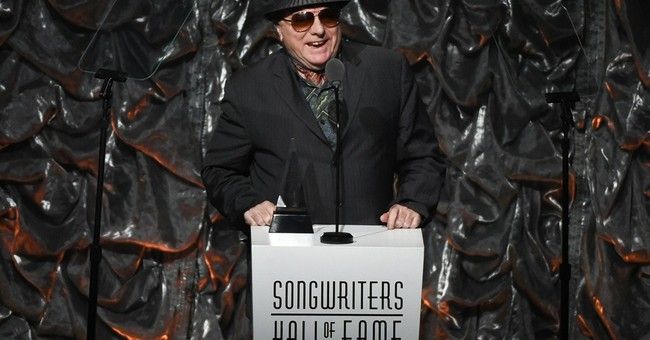 Irish singer-songwriter Van Morrison has had enough of government-mandated lockdowns. He’s announced that he will release three songs written in favor of freedom over restrictions.

Morrison is accusing the U.K. government of “taking our freedom” and is criticizing worldwide lockdowns, in general, as a method of mitigating the coronavirus pandemic. He goes as far as to accuse scientists of “making up crooked facts” to “enslave” the population. One particular lyric in a song is criticized as supporting a conspiracy theory. Morrison refers to a UK government page that stated as of March 21, 2020, “Covid-19 is no longer considered to be a high consequence infectious disease (HCID) in the UK”. While it is true that the statement appeared, it does not diminish the fact that the coronavirus is highly contagious. The HCID designation in the U.K. is given to very fatal diseases, like Ebola, which kills more than 50% of those infected. As of the latest update on the Johns Hopkins Coronavirus Resource Center website, the fatality rate in the U.K. is 10.9%, with 62.86 per 100,000 population. In the U.S., for comparison, the fatality rate is 3.0%, with 60.41 per 100,000 population. The coronavirus was classified as HCID in January when little was known about it but that classification was revised in March.

As you might expect, Morrison is being criticized by scientists and public officials. Health Minister Robin Swann says if Sir Van has scientific facts to present, he should do so.

Mr Swann said: “I don’t know where he gets his facts. I know where the emotions are on this, but I will say that sort of messaging is dangerous.

“Our messaging is about saving lives.

“If Van wanted to sing a song about saving lives, then that would be more in keeping with where we are at the minute.”

He added: “If Van Morrison has counter-scientific facts that he’s prepared to stand over, and have that debate with the chief scientific adviser, then I think that’s how he should do it.”

Mr Swann has warned that Northern Ireland could again face tighter restrictions if new cases of Covid-19 continue to rise.

On the flip side, DUP MP Sammy Wilson spoke up for Morrison saying he raises an important point.

The East Antrim MP said: “While I might not agree with all of the sentiments, nevertheless he is raising an important point – what direction are we taking the country in?

“And it’s a debate which has been going on for a long, long time, that we do ask the kind of questions that he has asked in these songs – how much of our freedom do we give to the government and how much should the government rely on us to use our common sense?”

I think that is what a lot of us are pondering these days – as we work through this pandemic, how much freedom are we losing and what happens with the lockdowns end? What will normal look like then?

Morrison recorded the songs in Belfast and England. This is all a part of his campaign to save live music. He is campaigning for venues to be open at full capacity again. He points out that shutdowns are killing live music and many venues will have to close if they don’t soon re-open. The songs will be released in two-week intervals.

In the statement he released, Morrison states that he isn’t telling anyone what to do, he’s just speaking up for freedom. “I’m not telling people what to do or think, the government is doing a great job of that already,” he said in a statement. “It’s about freedom of choice, I believe people should have the right to think for themselves.”

As expected, followers on social media had thoughts. Some offered their own lyrics and others shared GIFs. Most poked fun at his age (75 years young) and conspiracy theories.

Morrison’s conspiracy-riddled lyrics and vocal-opposition to COVID lockdowns have led to fans re-writing some of his biggest hits into coronavirus parodies on Twitter. Comedian Sarah O’Connell put her own spin on “Brown Eyed Girl,” with the lines, “Spreading and infecting/On a hospital ventilator with/Our hearts a stoppin’ and you, my 5G girl.” Another Twitter user shared a GIF from American Werewolf in London, where the singer’s best song “Moondance” plays, saying that his protest song should be a spoof of a Creedence Clearwater Revival classic called “Bad Mood Rising.”

Possible Van Morrison lyrics…
“Hey, where did masks go?
Days when the plagues came
No social distancing
Playin’ a daft game
Coughin and a wheezin hey, hey
Spreading and infecting
On a hospital ventilator with
Our hearts a stoppin’ and you, my… 5G girl” https://t.co/DGhrAOuaPZ

I’m so mad at Van Morrison for his stupid anti-lockdown song that I took off work, flew to my parents house, went in their attic, found his latest record, and broke it in half.

This week Prime Minister Boris Johnson is busy batting down calls for another lockdown due to a new increase in coronavirus cases. He told a committee of MPs that the government is doing all it can to prevent another nationwide lockdown. He admits there isn’t enough testing capacity due to a “colossal spike” in demand. On Wednesday it was reported that coronavirus cases in the UK increased by 3,991. Also reported is that 20 people died within 28 days of testing positive for COVID-19. But, the financial costs of another large scale shutdown are likely too great. New rules came into effect Monday restricting indoor and outdoor gatherings in England and Scotland, and indoor groups in Wales.

“And can we afford it? I very much doubt that the financial consequences would be anything but disastrous, but we have to make sure that we defeat the disease by the means that we have set out.

“So when I see people arguing against the rule of six or saying that the government is coming in too hard on individual liberties and so on – I totally understand that and I sympathise with that, but we must, must defeat this disease.”

The medical community has a better grasp of the coronavirus now than earlier in the year. That is the best argument for a halt to additional shutdowns. Even if things get worse as we enter flu season, hospitals and doctors should be able to handle the situation.