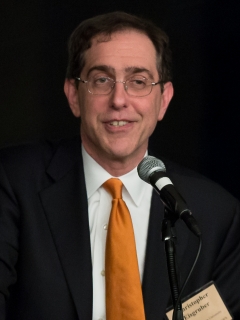 Two weeks ago, Princeton University’s president, Christopher Eisgruber, issued a letter to the Princeton community in which he admitted that the institution he has run for seven years is plagued by “systemic racism.” This is quite an admission for a number of reasons.

One of them, as I pointed out, is that it confesses to a violation of Title VI of the Civil Rights Act. Title VI provides that “No person in the United States shall, on the ground of race, color, or national origin, be excluded from participation in, be denied the benefits of, or be subjected to discrimination under any program or activity receiving Federal financial assistance.” Those who attend a “systemically racist” college are, by definition, subjected to discrimination by the college.

I wasn’t the only one who spotted this problem. The U.S. Department of Education has spotted it, too.

The letter includes probing requests for information. And it informs Eisgruber that he will be called on to answer questions, under oath, about Princeton’s racism.

It also warns that Princeton’s response to the Department’s information requests falls under 18 U.S.C. Section 1001. This means that knowingly and willfully providing false information carries a fine and a prison sentence of not more than 5 years.

The Department’s letter begins by reminding Eisgruber that Princeton has received more than $75 million in federal aid during his tenure as president, and that as a condition of receiving this aid, the University has repeatedly certified that it complies with Title VI’s non-discrimination requirement. In addition, Princeton represents to the public, including students and their parents, that it does not discriminate on the basis of race.

The letter then notes the contradiction between Princeton’s representations that it doesn’t discriminate and Eisgruber’s confession that the institution is systemically racist. Based on this contradiction, and perhaps understating the obvious, the Department tells Eisgruber that Princeton’s representations may have been false. It also expresses concern that Princeton “perhaps knew, or should have known, these assurances were false at the time they were made.”

Consequently, the letter says, it is opening an investigation that could lead to an action to recover funds from Princeton. It could also lead to a “fine proceeding” if Princeton is found to have made “substantial misrepresentations about the nature of its educational program.”

The document request in the Department’s letter makes for enjoyable reading. Among other things, Princeton is asked to produce all records relating to “Princeton’s ‘systemic’ and/or ’embedded’ racism, as those terms are used in the President’s Letter” — the one that confessed to “systemic” and/or “embedded” racism. The time frame of the request is 2013 to the present — Eisgruber’s time as Princeton’s president.

The Department also requests a “spreadsheet identifying each person who has, on the ground of race, color, or national origin, been excluded from participation in, been denied the benefits of, or been subjected to discrimination under any program or activity receiving financial assistance as a result of Princeton’s racism or ‘damage’ referenced in the President’s Letter.” The spreadsheet “should (1) identify each such person, (2) provide his or her last known address and contact information, and (3) specify his or her damage, if known.

Next, the Department’s letter asks Princeton to produce Eisgruber for a “transcribed interview,” under oath, within 28 days. It also makes the same request for a “designated corporate representative with knowledge regarding the bases and accuracy of Princeton’s assurances regarding compliance with Title VI.”

I hope the transcribed interviews will become publicly available.

Then come the Department’s written questions. First, Princeton is asked this:

The President’s Letter admits “Racism and the damage it does to people of color. . .persists at Princeton” and racist assumptions “remain embedded in structures of the University itself.” Do these admissions mean Princeton’s non-discrimination and equal opportunity assurances and representations to the Department and/or to students, parents, and consumers in the market for education. . .have been false and misleading? If not, why not?

The second question is:

How many individuals were, on the ground of race, color, or national origin, excluded from participation in, denied benefits of, or subjected to discrimination under any program or activity receiving Federal financial assistance by Princeton January 1, 2015 and the present? Is this number evidence of systemic or embedded racism?

Finally, the Department asks for the number of “public nondiscrimination and equal opportunity representations. . .Princeton has made, measured by website visits, between January 1, 2015 and the present.

Eisgruber has put Princeton in a box. It either must formally admit to engaging in unlawful discrimination, which might well result in serious financial penalties, or it must admit, in effect, that Eisgruber was blowing smoke when he copped to systemic racism at Princeton — an admission that surely would enrage the militant students and alumni Eisgruber has been working so hard to appease.

Presumably, Princeton will first try to run out the clock, hoping for a new administration in Washington, D.C.

If that doesn’t work, Princeton will try to talk its way out of the dilemma. However, I question whether that needle can be threaded.

Systemic and damaging racism at Princeton without any anyone actually having been discriminated against? Good luck claiming that.