The death of Supreme Court Justice Ruth Bader Ginsburg prompted many kind tweets about her life and heartfelt wishes for her family. It also prompted some unhinged tweets from leftists in the media sphere. The idea that the Senate Majority Leader Mitch McConnell would move a Supreme Court nomination before the inauguration made some violently angry. 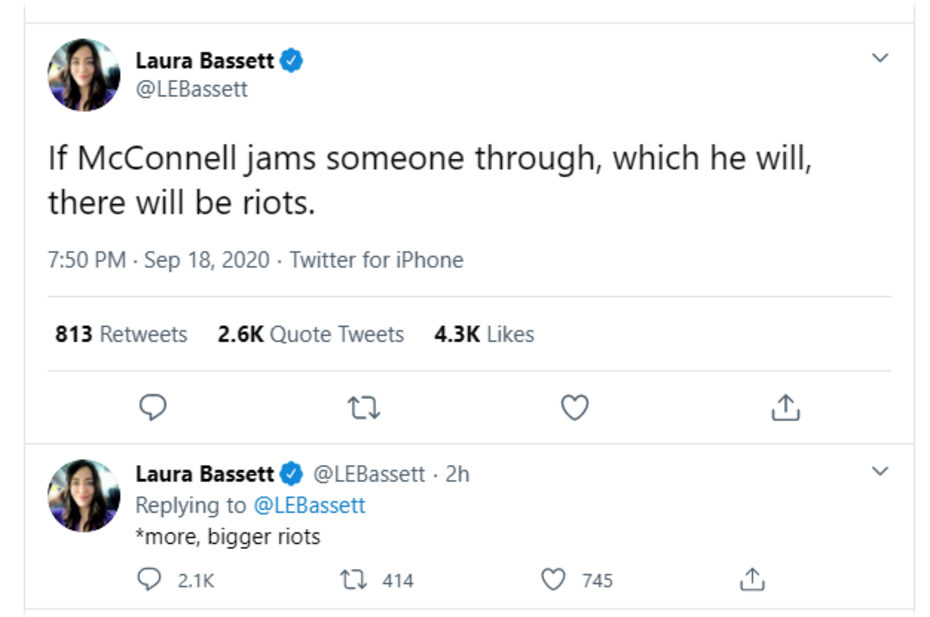 Reza Aslan, a former CNN host of a religion show called Believer, lost his job for ragey tweets against Trump (like calling him a “POS”). He later said Nicholas Sandmann had a very punchable face. Now he’s promising to burn it all down.

And then he really dragged out the drama:

Feel free to tweet at @NewsBusters or @TimJGraham with any more colorful examples!