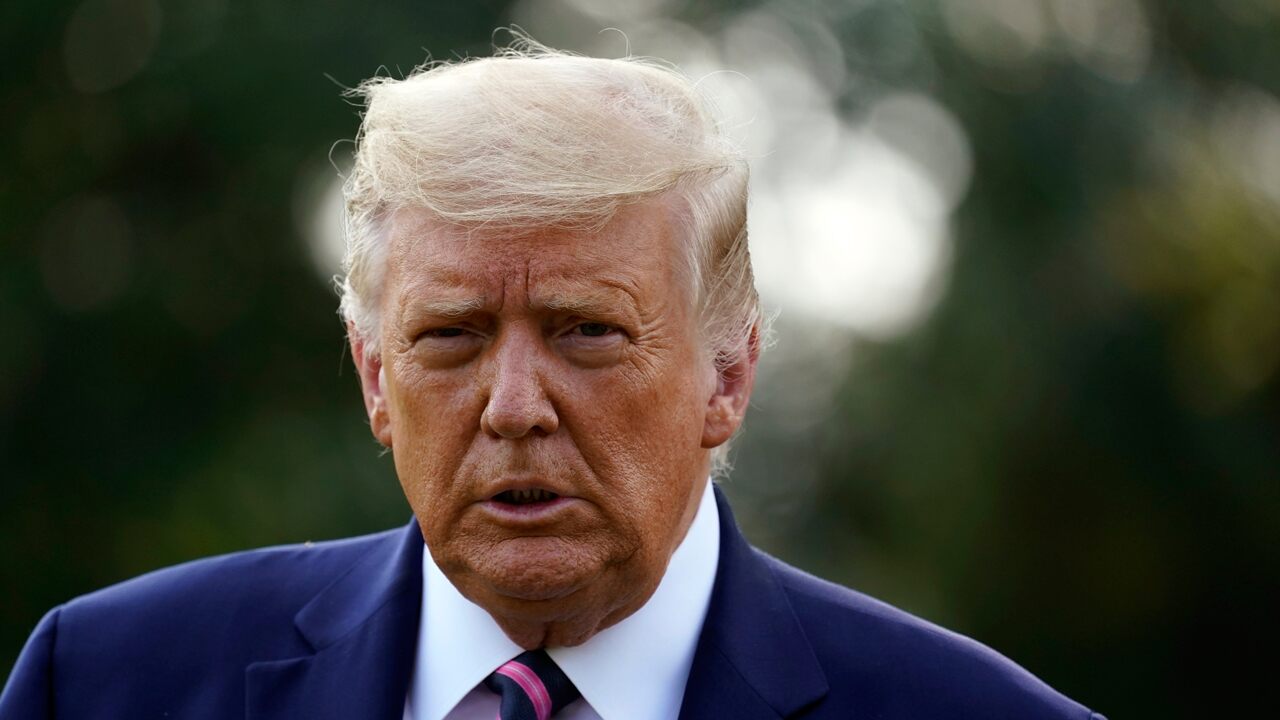 President Trump called mail-in voting a “scam” during a Friday press conference, attempting to draw a line between people that specifically request absentee ballots, and states where mail-in ballots are being widely issued.

“They’re sending out tens of millions of ballots to everybody, people that didn’t expect them. People are getting inundated with ballots, they’ll be showered with ballots,” Trump said Friday.

Several states, including Colorado, Hawaii, Oregon, Utah, and Washington, will automatically send out mail-in ballots to all state residents for the general election.

But due to the coronavirus pandemic, California, Nevada, New Jersey, Vermont, and Washington, D.C. have also introduced similar methods for the 2020 election. Ballots will be automatically mailed out to all residents.

Several other states have also taken measures to ensure citizens can vote by mail rather than at a polling station come November.

“Everybody in this room knows it’s a scam,” the president continued, gesturing to the White House press pool. “They are never going to be able to count them.”

More than half of all Americans are expected to vote through the mail this presidential election, though over 40 percent of Americans voted by mail in the 2016 and 2012 general elections, according to the Election Assistance Commission.

Trump said that 80 million Americans can expect to receive mail-in ballots as a result of the coronavirus pandemic, a figure he has alleged will invalidate the 2020 election results.

“It’s a disaster, everyone knows it,” Trump told reporters before adding that the U.S. Postal Service was not to blame for the 2020 primary election mishaps, when hundreds of thousands of ballots went uncounted due to alleged mail inefficiencies.

“Where are these ballots going? Who’s sending them?  Who’s signing them?” Trump asked, attempting to show why he thinks voting through the mail is insecure.

“I think it’s going to be a terrible time for this country and we are counting on federal judges to do a great constitutional job.”

A Michigan judge on Friday extended the state’s ballot acceptance deadline to 14 days after the polls close on Nov. 3, so long as the ballots are postmarked by the second of November.

The Pennsylvania Supreme Court similarly granted a three-day extension past Election Day, allowing late ballots to be counted in the swing state as long as they were postmarked by 8 p.m. on Nov. 3.

Michigan Judge Cynthia Diane Stephens said the decision was made in light of the “compromised” U.S.P.S. delivery capabilities.

But she pushed back on GOP lawmakers and the Trump administration’s repeated claims that voter fraud will increase because of mail-in voting, and therefore jeopardize the validity of the election’s results.

“The incidences of voter fraud and absentee ballot fraud are minimal and the fears of the same are largely exaggerated,” Stephens ruled.

Now 20 states and the District of Columbia will accept postmarked ballots that arrive after Election Day – including 12 of which voted Republican in the last presidential election.

Trump proceeded to blame Democrats for the rise in mail-in ballots, claiming “They know it’s going to be a mess.”

But congressional Democrats believe that the Trump administration is working to prevent mail-in ballots to circumvent voting during the 2020 presidential election, in an attempt to sway the results.

Democrats in Congress initiated an investigation following comments made by Trump in a FOX Business interview with Maria Bartiromo where he suggested he purposefully blocked funding to the U.S.P.S. to prevent their ability to cope with the expected increase of mail-in ballots because of the pandemic.

The House additionally passed a $25 billion bill to provide assistance to U.S.P.S. for the expected workflow increase during the general election. The bill is awaiting the Senate’s vote – though even if the bill somehow passed the GOP-controlled Senate, Trump said he would veto it.

“There are going to be millions of missing ballots,” Trump said. “There’s going to be fraud, it’s a disaster.”

“This is going to be the scam of all time,” Trump told reporters, concluding his press conference.