One of the principal benefits of a presidential campaign visit to the hustings is supposed to be the opportunity for the candidate to appear on local media, talking to locally prominent reporters and anchors who reach viewers who normally pay little attention to national news.  Locals often feel a sense of identification with their familiar local media figures and appreciate the attention from a national figure.  It’s a corollary to the maxim that “all politics is local,” connecting the candidate to the hometown media, to whom the locals may feel a certain affinity.

That’s why it was so jarring yesterday when Joe Biden visited Duluth, Minnesota and stiff-armed the local media.  Dan Wolfe of Duluth’s Channel 6 KJBR took to Twitter to complain about the campaign violating this unwritten media protocol (hat tip: Julio Rosas, Townhall):

The @JoeBiden camp still hasn’t released info to all media as far as exact time and location. We had to get it from NBC. Also, it’s pool only. No media inside the hall. They also yanked the only one-on-one interview. Begs the question: what’s the point of coming here at all?? 🤷🏻‍♂️ 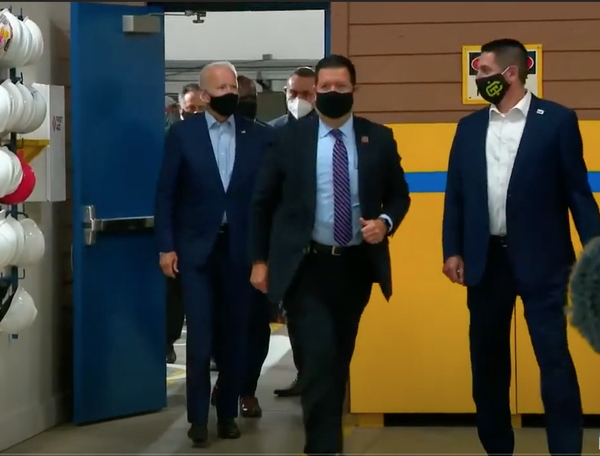 Biden has not made any friends in the Duluth media market, which reaches a lot of voters in another hotly contested swing state, as Superior, Wisconsin borders Duluth, and the metropolitan area is known as the “Twin Ports.”

Compare this behavior with President Trump’s visit last month to Mankato, Minnesota, where he gave an exclusive interview to KEYC-TV Mankato, and as he prepared to board Air Force One after his airport rally, he paused at the steps of the official plane (the biggest ever to land at Mankato Airport) to grant an exclusive parting interview to what appears to be one local news crew: 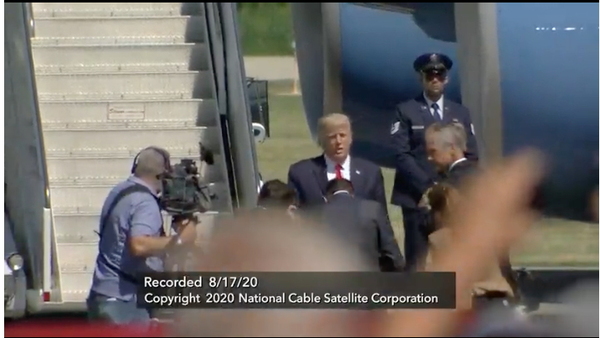 Biden’s behavior strongly suggests that a “working relationship” exists between Biden’s handlers and the traveling national media, and that local media, not bound by whatever limits the national media might have agreed to, pose a danger of asking questions for which he has not memorized a scripted answer.

To paraphrase a question Trump asks, if Biden can’t stand up to questioning from reporters in the 139th largest media market in the nation, how can he stand up to Xi Jinping, Vladimir Putin, or Kim Jong-un?