End the Nobel Peace Prize — if Trump doesn’t win it 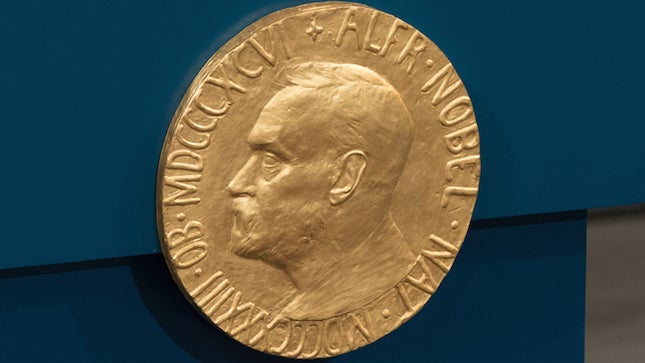 President Trump “has broken a 39-year streak of American presidents either starting a war or bringing the United States into an international armed conflict.” The Norwegian official who said that, in nominating Trump for the Nobel Peace Prize, minced no words about why the president should win it.

Trump’s Peace Prize nomination has yet again killed expertise. For decades, the self-proclaimed experts have peddled solutions that never worked. Now, while the president brokers historic peace deals in a region where 4,500 American military members died, the experts propose canceling the peace prize. Instead, if the Nobel committee fails to award the Peace Prize to Trump next month, the Peace Prize will end itself.

“For his merit,” said the Norwegian official of Trump, “I think he has done more trying to create peace between nations than most other peace prize nominees.”

No doubt that is true. Certainly, Trump has created more peace than 1994 winner Yasser Arafat — and more peace creation than the 2009 winner, then-President Obama, who relied heavily on foreign policy experts to downgrade America’s preeminence in world affairs.

Foreign policy experts countered Ronald Reagan in his fight against communism. They opposed Reagan at every turn; he ignored them and won the Cold War.

We see a replay here. The so-called experts oppose Trump’s “America First” foreign policy. They worked against his election, signing strongly worded letters. They predicted chaos and bloodshed. They counseled both appeasement and never-ending war. They question America’s moral legitimacy. They fomented congressional investigations and impeachment. They railed against his creation of a Space Force as a new branch of the U.S. military. They warned against holding our NATO allies accountable for their financial obligations.

Trump campaigned on promising to end our “forever” wars. He believed our NATO allies should contribute more to their own national defense. He called for other countries to account for misappropriating America’s blood and treasure. And he called on American leaders to account for spending our blood and treasure without increasing world peace or American security; he lamented the loss of our nation’s youths in other countries’ conflicts.

His agenda was clear. His goals were unpopular with foreign policy experts but popular with the families of our military members, not to mention with taxpayers. Why pay for no discernible progress in Iraq and Afghanistan while our own infrastructure crumbles at home?

The experts’ technocratic leadership has been dangerous and costly; we saw the devastation that those experts brought under both of the preceding administrations: Libya became a den of vipers. Iran took our soldiers captive and tried to humiliate them. ISIS established the first territorial caliphate in hundreds of years. Radicals decapitated American journalists and 21 Coptic Christians, among countless other prisoners, for all to see; American aid worker Kayla Mueller suffered captivity, rape, torture and death at the hands of those savages. Iran received an expert-approved nuclear windfall, complete with pallets of cash delivered by military transport in the dead of night to the world’s leading state sponsor of terrorism.

Trump reversed all of these blunders. He strengthened our military; he held NATO allies accountable for their financial commitments to the alliance that protects them. He negotiated the release of Americans held captive abroad; he brokered a deal between the governments of Kosovo and Serbia.

In the Middle East, the president recognized Jerusalem as the capital of Israel by, at long last, moving the U.S. embassy there. He withdrew from the appalling Iran deal; he obliterated Iran’s terror chief, responsible for hundreds of American deaths and thousands of others. Most recently, he eased the way for peace deals among Israel, the United Arab Emirates and Bahrain.

In the coming weeks, the Nobel committee can recognize Trump’s peacemaking achievements — or they can award the prize to, say, Greta Thunberg, who oddsmakers give a 3-to-1 chance of winning.

What’s the use of a so-called peace prize if the clear victor fails to win?

Nearly five decades ago, Cat Stevens hit the pop charts with “Peace Train.” The song invited everyone to “jump upon the peace train” and “bring your good friends, too,” promising that the peace train is “getting nearer” and “soon will be with you.”

In 2020, you might say that today’s Peace Train is now the Trump Train. For his world peacemaking achievements, Trump deserves the Peace Prize. And if the committee’s members do not award the Nobel to him, they should call it quits. About that, the experts will finally be right.

Gayle Trotter is a partner and co-founder of Shafer & Trotter PLC, a Washington legal firm specializing in entrepreneurial and small business law, and a political analyst who has appeared on NPR and Fox News, among others. Follow her on Twitter @gayletrotter.