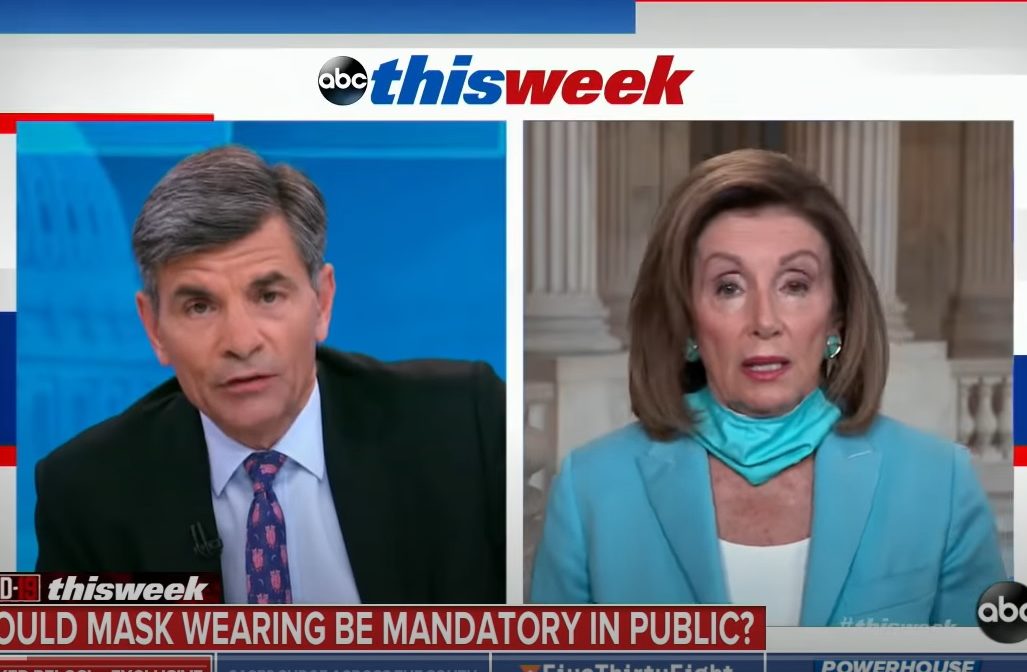 “You want people to get out and vote, and even there’s no guarantee that the White House and Senate Republicans won’t try to push through a Supreme Court nomination in a lame-duck session,” ABC News’ George Stephanopoulos said during an interview with the Democratic leader on “This Week.”

“Some have mentioned the possibility if they try to push through a nominee in a lame-duck session that you and the House can move to impeach President Trump or Attorney General Barr as a way of stalling and preventing the Senate from acting on this nomination,” he said.

“We have our options,” Pelosi said, refusing to rule out the extreme measure after their last failed attempt earlier this year that distracted the federal government from the novel Wuhan coronavirus brewing into a global pandemic overseas. “We have arrows in our quiver that I’m not about to discuss right now.”

Pelosi: “We have our options. We have arrows in our quiver that I’m not about to discuss…” pic.twitter.com/YHLx6j0T13

Pelosi’s extreme statement that the House could consider launching impeachment 2.0 over the president using his constitutionally mandated authority to fill a Supreme Court vacancy comes as Democrats also prepare to pack the high court if swept into power next year. The same party accusing Trump of executing a fatal assault on the nation’s institutions has also not let up on dismantling the electoral college.

Justice Ruth Bader Ginsburg passed away Friday night at the age of 87 over complications from metastatic pancreatic cancer, leaving open a Supreme Court vacancy less than 50 days from the November election.

While only 44 days remain until the November contest, several prior justices have been nominated and confirmed in shorter time, including Justices Sandra Day O’Connor, John Paul Stevens, and Ginsburg.

“We have this obligation, without delay!” Trump said.

.@GOP We were put in this position of power and importance to make decisions for the people who so proudly elected us, the most important of which has long been considered to be the selection of United States Supreme Court Justices. We have this obligation, without delay!

The president released an updated list of potential nominees to the high court earlier this month.