President Trump Urges GOP To Move Quickly On SCOTUS Nomination: ‘We Have This Obligation, Without Delay!’ 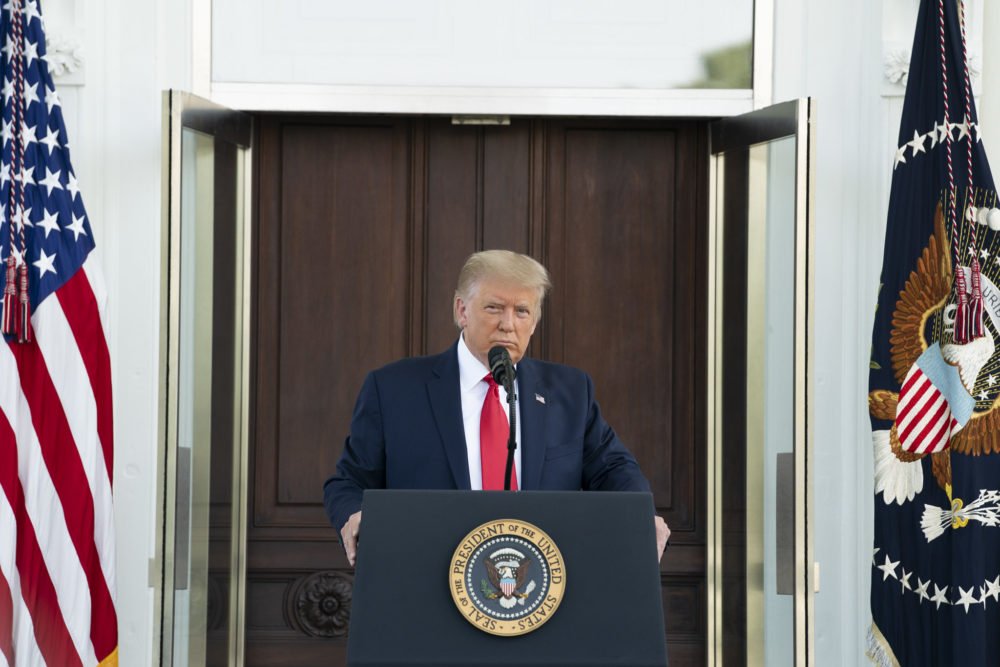 “We were put in this position of power and importance to make decisions for the people who so proudly elected us, the most important of which has long been considered to be the selection of United States Supreme Court Justices,” Trump wrote on Twitter Saturday morning. “We have this obligation, without delay!”

.@GOP We were put in this position of power and importance to make decisions for the people who so proudly elected us, the most important of which has long been considered to be the selection of United States Supreme Court Justices. We have this obligation, without delay!

Ginsburg passed away  at the age of 87 Friday night as a result of complications from metastatic pancreatic cancer.

While Trump has yet to nominate a replacement of the longtime justice whose death has not been known yet for 24 hours, Republicans and Democrats have already begun to clash over a nomination fight with less than two months to go until November. The empty seat throws a political wrench into an already tumultuous campaign facing a contentious election under an historic level of unrest and a once-in-a-generation pandemic.

Senate Majority Leader Mitch McConnell of Kentucky has already vowed a full Senate vote on whoever the president nominates for Ginsburg’s place, remaining consistent with the senator’s earlier rule carved out in 2016 where the prohibition of confirming Supreme Court nominees in an election year only remained if the Senate and the White House were controlled by opposing parties. Trump released an updated list of potential nominees earlier this month, adding 20 names to the existing pool of 44 contenders.

“Americans reelected our majority in 2016 and expanded it in 2018 because we pledged to work with President Trump and support his agenda, particularly his outstanding appointments to the federal judiciary. Once again, we will keep our promise,” McConnell said. “President Trump’s nominee will receive a vote on the floor of the United States Senate.”

The Senate and the nation mourn the passing of Justice Ruth Bader Ginsburg and the conclusion of her extraordinary American life.

Senate Minority Leader Chuck Schumer of New York on the other hand, has already pledged Democrats will resist any attempt to replace Ginsburg on the court before a new president is sworn in.

“The American people should have a voice in the selection of their next Supreme Court Justice. Therefore, this vacancy should not be filled until we have a new president,” Schumer said.

With 45 days to go before November, a rushed confirmation process for Ginsburg’s replacement would not be entirely without precedent. Three prior Supreme Court justices had been nominated and sworn in with less time, including Justices Sandra Day O’Connor, John Paul Stevens, and Ginsburg.