Russia claims Venus as its own 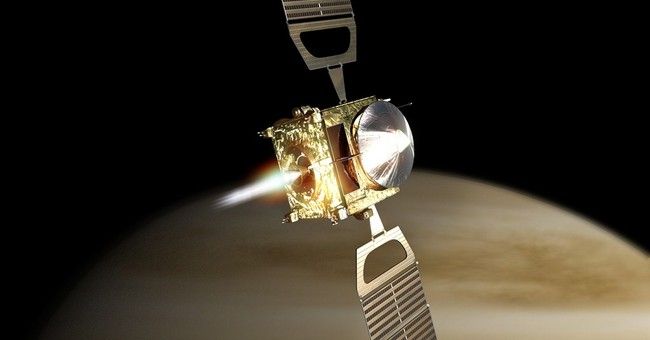 We hear a lot of talk about colonialism from the progressives of the woke generation and it’s uniformly critical. It’s always some technologically superior group invading the lands of Indigenous People of one sort or another and messing everything up. Well, if that upsets them, we may have finally found a good reason for them to be upset with the Russians. Russia isn’t invading another country or taking over control of some remote islands. They’re laying claim to the planet Venus… sort of. And the crazy part about all of this is that they might actually have a fairly decent claim to make. (CNN)

No longer confined to territories here on Earth, Russia has now staked its claim on Venus, saying it is a “Russian planet.”

This week, Dmitry Rogozin, head of the Russian space corporation Roscosmos, revealed that the country plans to send its own mission to Venus in addition to “Venera-D,” the planned joint mission with the US, the Russian state news agency TASS reported.

Rogozin was addressing reporters at the HeliRussia 2020 exhibition, an international expo of the helicopter industry in Moscow.

“Resuming Venus exploration is on our agenda,” he told reporters Tuesday. “We think that Venus is a Russian planet, so we shouldn’t lag behind,” he said.

It doesn’t sound as if the Russians are trying to lay claim to property rights on the entirety of Venus. And let’s face it… that’s not real estate that you’re going to be seeing on any of your favorite fixer-upper shows any time soon. Venus is a literal hell-hole, with surface temperatures nearing 900 degrees Fahrenheit, pressures that could crush a golf ball to the size of a marble and constant rains of sulfuric acid. But what the Russians do seem to be saying is that they have certain rights to the exploration of the planet by virtue of seniority.

And it’s not all that crazy of a case to make if we’re going to be playing a game of first-come, first-served in terms of exploring the solar system. As I mentioned when we recently discussed the discovery of possible signs of life in the Venusian atmosphere, the Russians were on the surface of Venus decades before anyone else even considered giving it a try. They launched more than two dozen probes, landed more than ten, and even broadcast pictures and environmental data back to Earth from there.

But we’re not carving up the solar system in a rulebook based on a game of Red Rover, Red Rover, are we? If so, the rest of the world is going to wind up feeling pretty left out. The United States remains the only country to put humans on the moon, so do we own that? We landed the first vehicles on Mars and other, more distant moons and rocky astronomical bodies. Do we own all of those also? If so, I think it’s not a bad tradeoff. We give the Russians Venus and we take everything else. Sounds okay to me.

But somehow I doubt the rest of the world would go along with it. Most of the other objects in the solar system are probably going to be first-come, first-served in terms of natural resources, but as to laying any sort of legal “claim” to them… that’s going to be a sticky situation. The more socialist-leaning countries and organizations (like the United Nations) will no doubt want to take a flowers and unicorns approach to the question and say that all of these resources belong to all of humanity and must be shared equally.

And there’s one more argument against the whole first-come, first-served theory. What if the aliens in control of all the UFOs turn out to be real? Maybe they already own our planet but just haven’t bothered setting up a command post and planting a flag… yet.