The NFL gets woke and goes broke 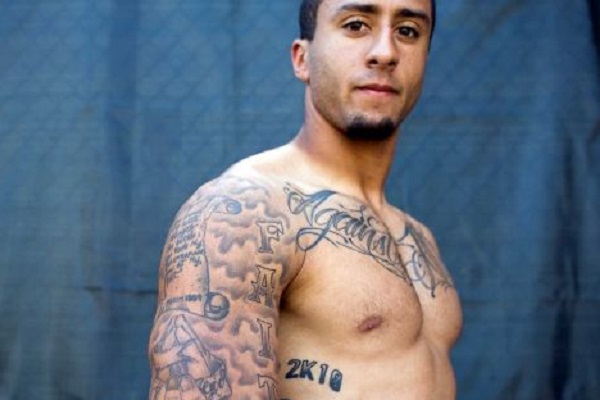 On several occasions, a black person committed a crime, a police officer tried to arrest him, the suspect resisted arrest, and the officer was forced to kill him.  This suggests to me that I should not break the law and not resist arrest.  The woke crowd concludes that the police are murdering black people.  We appear to be, but are not, content with this situation, so the woke crowd believes we are racist.

The woke crowd is putting pressure on us to believe we are a racist country.  From 2016 to 2019, a few NFL players took a knee during the Star-Spangled Banner to say this country is racist.  The pressure became so intense that the NFL now accommodates them.  This year, the Black National Anthem is played before games.  Most players either kneel or stay in the locker room during the real National Anthem.  These players must believe that this country is racist.  Since we are citizens, they must believe we are racist.

Almost all of them are millionaires.  They worked hard at their profession and rose to the top.  They are a typical American success story.  They now get money and fame.  We enjoy watching them play and contributing to their wealth.  They should be grateful that they live in this country.

Instead of gratitude, the players are using their fame to call attention to their low opinion of the fans, their customers.  The natural fan response is to boycott the games.  Since the first kneeling by Colin Kaepernick in 2016, attendance and television ratings have gone down.  In our first COVID-19 season, there are virtually no fans at the stadium.  This decline will affect income.

The players will find that there is not enough money to support their large salaries.  They will be forced to take smaller contracts.  There may be fewer teams or fewer players per team.  Some of these players will lose their jobs.

The prospects for these players are not good outside football.  Many of them have had dealings with the law.  They may find that their next uniform has stripes.

Other players have four years of college under their belts, but they have no real education.  They may become construction workers.  This is a hard job, and it pays only a middle-class salary.  After ten or so years, they may become injured and forced to take worker’s compensation.  They will have spent as many years in construction as they would have spent in the NFL.  They will leave the job as physically broken down as the typical former football player and have far less money to show for it.

Personally, I do not see myself watching football anymore.  When Michael Vick (AKA the dog-killer) played for the Philadelphia Eagles, I refused to watch Eagles games.  How can I now watch games that start with the players calling me a racist?  In addition, my favorite team, the former Redskins, now refuse to use that name due to political correctness.  How can I admire my football heroes when I think of them as cowards?

The woke crowd does not realize that we have a federal system.  This separation of powers is what keeps tyrants from having a lot of power.  What would ruin this is if someone were elected U.S. president promising to fix the police problem by bringing all of government into a single umbrella that he (or she, Kamala) controls.