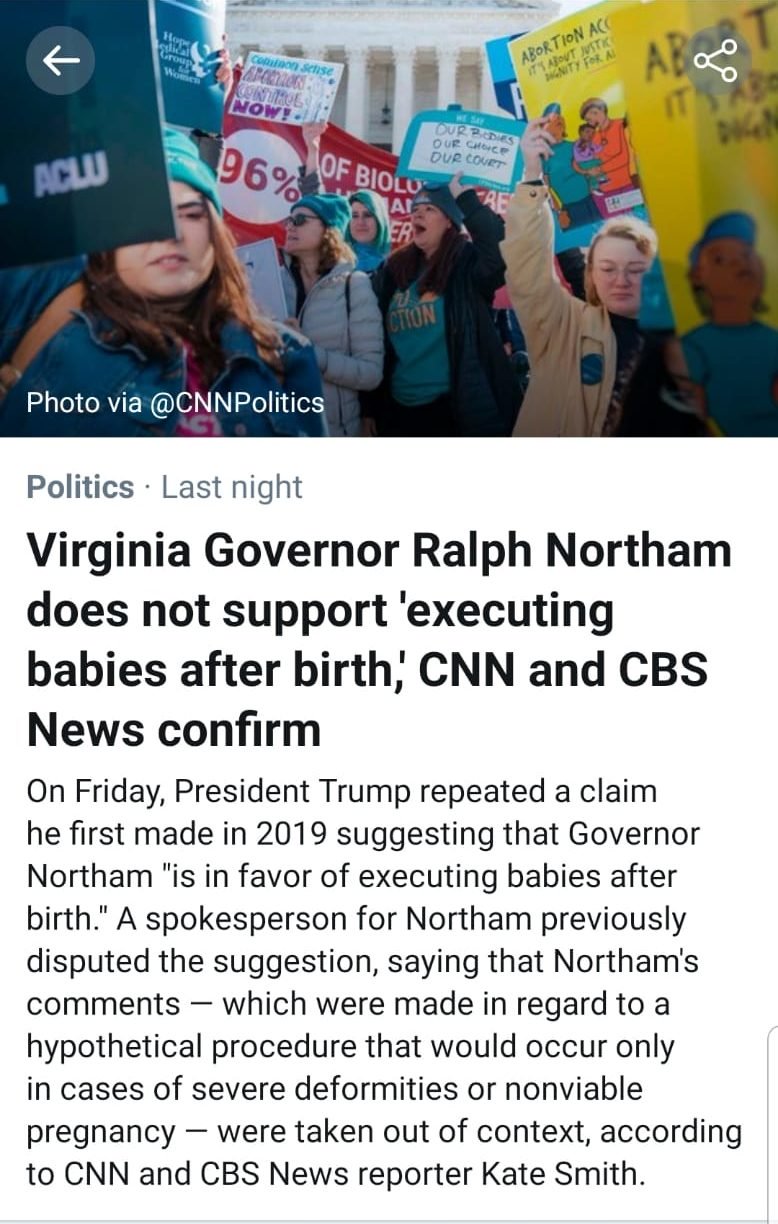 The promotion comes in response to a tweet by President Donald Trump Friday about voting in Virginia. Trump asserted that the state has “a crazy Governor who … is in favor of executing babies after birth.”

“This isn’t late-term abortion, this a step way beyond!” Trump wrote, encouraging voters to cast a ballot in favor of him.

Voting starts in Virginia TODAY, and we are going to WIN. You have a crazy Governor who wants to take away your guns, which he will do without me in office. He is in favor of executing babies after birth – this isn’t late-term abortion, this is a step way beyond! Vote for me…

Trump’s comments were in reference to a state bill sponsored by Virginia Delegate Kathy Tran (D-Fairfax), which would have “allowed abortion up until birth, eliminated informed consent, and permitted late-term abortions in outpatient clinics.”

In January of 2019, Northam shared his support for Tran’s bill, claiming in a radio interview that babies born alive despite an attempted abortion would only be kept alive and resuscitated if “that’s what the mother and the family desired” after a “discussion” between them and doctors.

VA gov on abortion this morning:

Included in the Twitter rundown protecting Northam from Trump’s accusations were “fact checks” from NBC, the Associated Press, and a CBS News reporter claiming that “very few U.S. babies are born alive as a result of a failed abortion,” and that Trump’s comments were “false.” 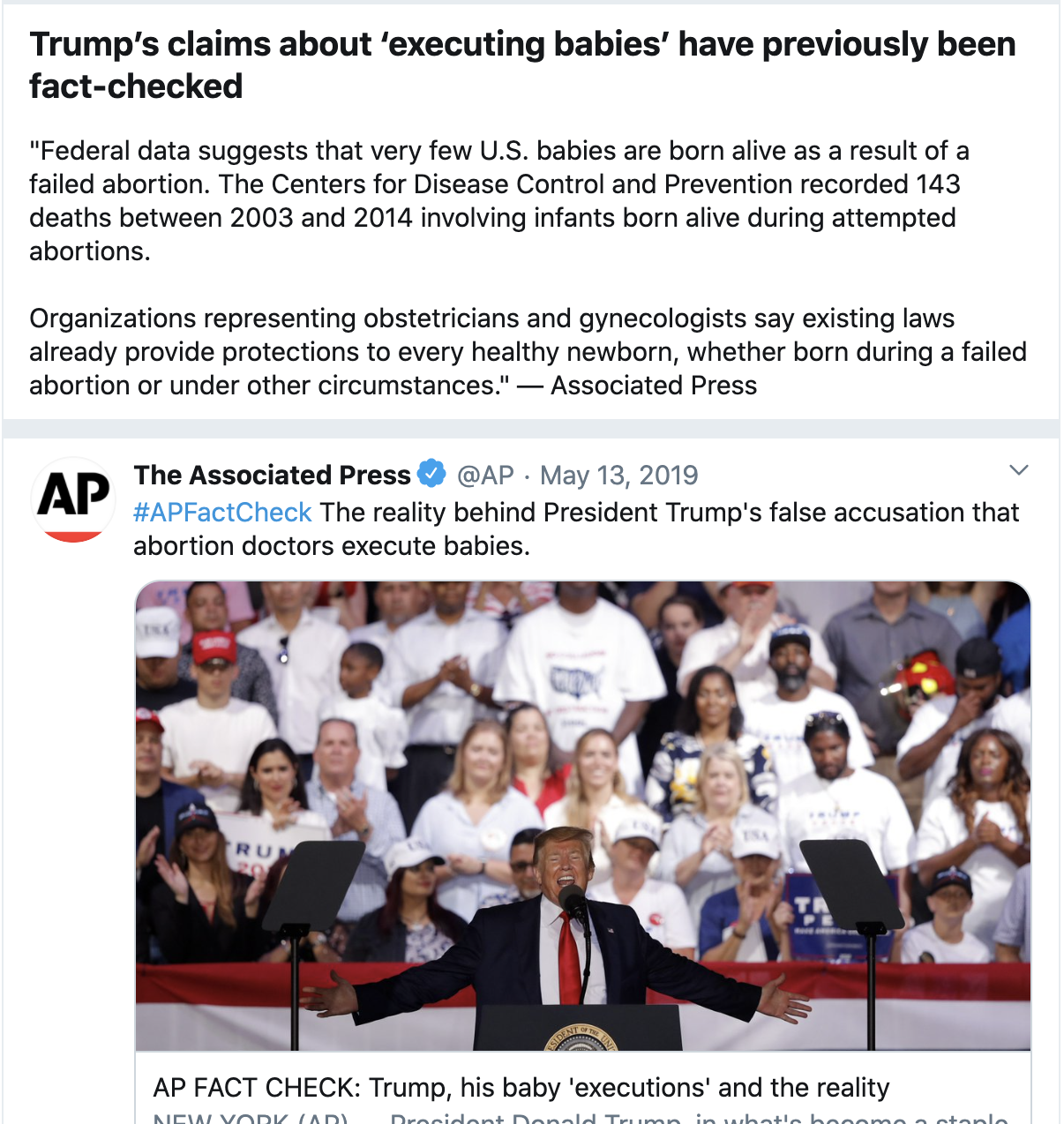 The Twitter “event” also included Northam’s 2019 defense of his comments claiming that they were “taken out of context” and that he had “devoted my life to caring for children and any insinuation otherwise is shameful and disgusting.” 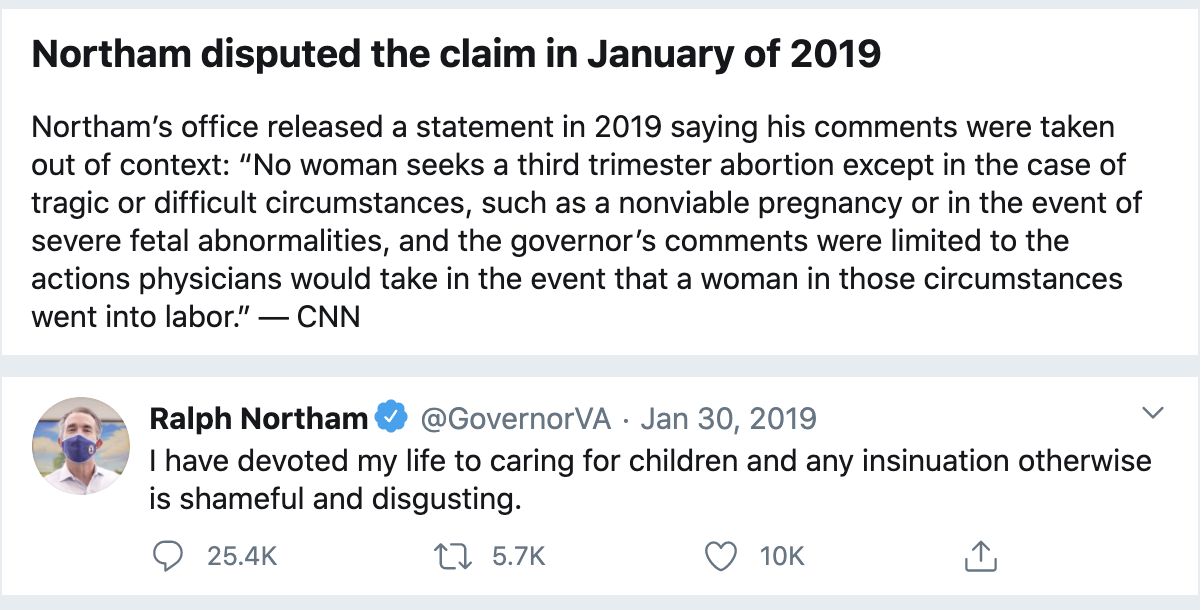 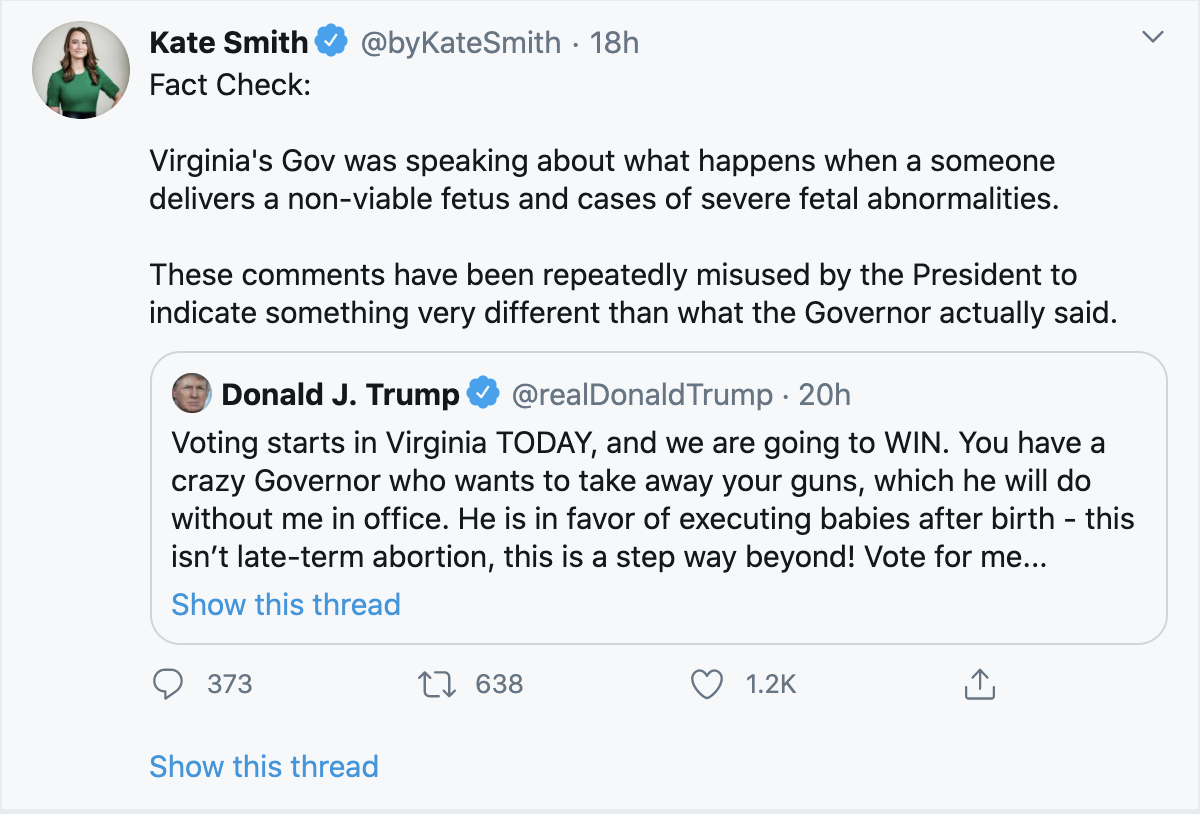 Northam has a history of supporting and expanding the abortion agenda. In April, he signed new abortion legislation into law that revoked previous directives such as requiring an ultrasound before the abortion, mandating counseling offering multiple options other than abortion, removing the hospital label from places where more than five abortions are performed in a year, and expanded who, outside of doctors, could perform abortions during the first trimester.