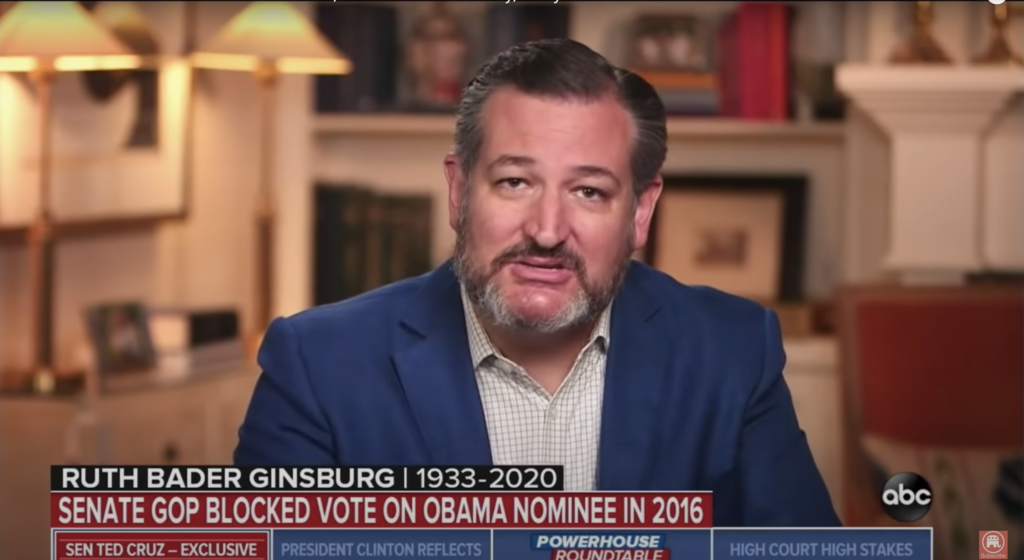 While Democrats have demanded that President Trump and the Senate postpone confirming a new Supreme Court justice to replace Ruth Bader Ginsburg after her passing, even calling for violence, Sen. Ted Cruz (R-Texas) says the action is historically justified.

“Twenty-nine times there has been a vacancy in a presidential election year. Presidents have made nominations all 29 times,” Cruz told ABC News’s George Stephanopoulos in an interview on Sunday. “That’s what presidents do. If there’s a vacancy, they make a nomination.”

Of those 29 nominations, Cruz explained that 19 were made at a time the Senate and the White House were of the same political party, and 17 of these 19 were confirmed.

“There’s a big difference in the Senate, with whether the Senate is of the same party of the president or a different party than the president,” Cruz said. “If the parties are the same, the Senate confirms the nominee,” he added.

Despite Democrats’ insistence that Ginsburg’s death puts Trump and the Senate in the same position that former President Barack Obama encountered in 2016 with Merrick Garland after the death of Justice Antonin Scalia, Cruz noted that the Senate only confirmed two of the ten nominations in similar circumstances because the Senate and White House were of different parties.

“It’s not just simply your party, my party. It’s a question of checks and balances. In order for a Supreme Court nomination to go forward, you have to have the president and the Senate,” Cruz said.

According to Cruz, one of the main reasons Trump was elected is that Americans wanted more conservative justices instated in the court.

“In this instance, the American people voted. They elected Donald Trump. A big part of the reason they elected Donald Trump is because of the Scalia vacancy, and they wanted a principled constitutionalist on the court,” Cruz explained. “And it’s a big part of the reason why we have a Republican majority elected in 2014, reelected in 2016, grown even larger in 2018. A major issue in each of those elections is the American people voted and said we want constitutionalist judges.”

Three former SCOTUS justices, including Ginsburg, were formally nominated and confirmed within 45 days from their nominations. That’s the distance between now and the November elections. Senate Majority Leader Mitch McConnell also confirmed that Trump’s nomination would receive a vote from the Senate despite demands the Senate stall..

Even though President Trump has yet to announce his official nomination, he assured Americans at a rally on Saturday that his nomination would be a woman.

“It will be a woman — a very talented, very brilliant woman,” Trump said. “I think it should be a woman. I actually like women much more than I like men.”

On his recently updated list of potential nominees, multiple women were named, including speculated favorites such as Amy Coney Barrett and Barbara Lagoa.