‘Cuties’ Has Been Here for Decades 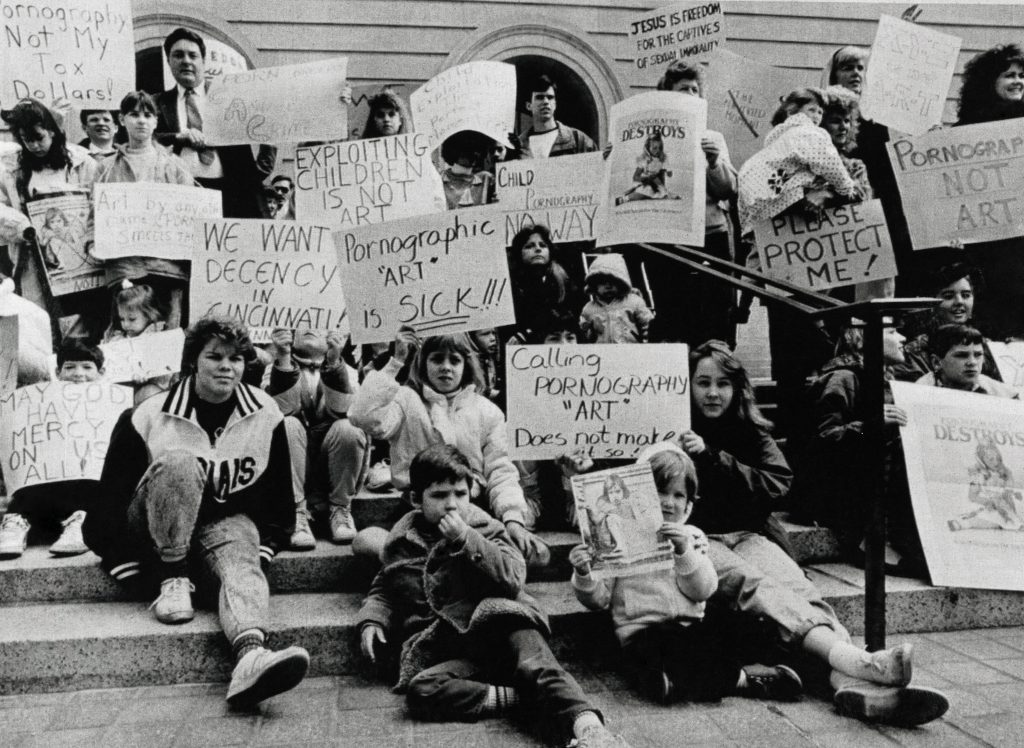 Art, as an expression of human emotion and imagination, is so timeless that it evades definition. No two people can agree on what constitutes “good art,” or even what art is at all. Art can be beautiful or ghastly, sublime or pedestrian, simple or complex, affirming or contentious. But in these wide and diverse interpretations, should any action or image be permitted in the name of art?

That is the far-reaching question that ought to be asked following the contested release of the film Cuties. A French film being distributed through the streaming service Netflix, Cuties tells the story of an eleven-year old French-Senegalese Muslim girl whose identity is split between her traditionally minded heritage and her interest in joining an adult-style dance troupe.

While the film carries an overall message that the sexualization of young girls leads to negative, unhealthy results, it does so by presenting the viewer with unconscionable, extended camera shots of the girls’ butts and groins as they perform provocative, sexualized dance routines. The director’s choice to go beyond visual necessity, and compel the film’s audience to ogle the girls, is wholly unethical.

Additionally, it was a purposeful decision by Netflix executives to utilize the sexual exploitation of children in the marketing of the film. The American poster, unlike its French counterpart, shows the girls in their skimpiest outfits while in dramatic, adult poses. The trailer, edited by Netflix, portrays the film as an inspiring story of liberation, with none of the anti-sexualization themes found in the full-length feature. The Netflix brand has become synonymous with the promotion of children as sex objects.

Besides the immense pushback Cuties has received from the American public, its distribution may also come under review by the Justice Department. Multiple members of Congress have separately sent letters to the U.S. Attorney General asking, in the words of Senator Ted Cruz (R-TX), whether the “filming and production of ‘Cuties’ violated any federal laws against the production and distribution of child pornography.” The possibility of legal consequences has already been described as a baseless overreaction.

What today’s culture warriors don’t realize is that they’ve already settled into battle lines drawn over thirty years ago.

Robert Mapplethorpe was a photographer who specialized in black-and-white images and was known for including risqué elements of the underground gay sex scene into his work. In 1988, with the assistance of the Institute of Contemporary Art at the University of Pennsylvania, he coordinated a new exhibit entitled “The Perfect Moment.” It was partially funded by a $30,000 grant from the National Endowment for the Arts (NEA), a government agency founded in 1965 to provide financial support to American art initiatives. It was the last show he organized before his death in March 1989 of AIDS. He was 42 years old.

“The Perfect Moment” was composed of 175 photographs, most ranging from celebrity portraits to flowers. Seven of the photos, however, gained infamy in public life as particularly obscene. Five of them, dubbed the “X-Portfolio,” featured homosexual and sadomasochistic behavior and acts. The two others, titled “Jesse McBride” and “Rosie,” were of exposed children. The first was of an eight-year-old boy, sitting on an overstuffed chair in the nude. The second was of a three-year old girl in a dress sitting on a bench outdoors; her right leg is propped up, making her vagina fully visible.

When arch-conservative Senator Jesse Helms of North Carolina became aware of the exhibition, which was set to be showcased at the Corcoran Gallery of Art in Washington D.C., he went on a crusade against indecency. Helms photocopied pictures of the photographs and distributed them to other members of Congress in folders marked “personal and confidential.” Over one hundred signatures were collected by congressmen who were outraged that the exhibit had received NEA funding.

Under scrutiny from both Congress and the public, the Corcoran Gallery cancelled the exhibit three weeks before opening day. The artist community and gay rights groups were infuriated. They organized a 900-person protest outside the Corcoran and used high-powered projectors to cast fifty-foot enlargements of Mapplethorpe’s photographs over the side of the building. The crowd applauded and whistled as giant pictures of children’s genitals overlooked 17th street.

Later that summer, Jesse Helms introduced an amendment to an appropriations bill stipulating that no federal money would be used to “promote, disseminate, or produce obscene or indecent materials, including but not limited to depictions of sadomasochism, homoeroticism, the exploitation of children, or individuals engaged in sex acts.” Passed in 1990 with toned-down language, the “obscenity” clause remains in force today.

Artists, bohemians, and counter-culture enthusiasts objected that Helms was motivated only by bigotry, a homophobe possessed of a small mind that sought to censor art and limit freedom of expression.

“I do not propose that Congress censor artists,” the senator insisted. “I do propose that Congress put an end to the use of federal funds to support outrageous ‘art’ that is clearly designed to poison our culture. Those who insist on producing such garbage should be required to do it on their own time and with their own money. Taxpayers should not be required to pay for it.”

“Mapplethorpe was a talented photographer. He took some good photographs,” Helms conceded. “But the ones we are talking about, and the ones we have been talking about, are pictures that deliberately promoted homosexuality and child molestation, and other activities that I cannot even discuss on the floor of the Senate.”

The authorities of Cincinnati, Ohio certainly agreed. In April 1990, when “The Perfect Moment” was mounted at the city’s Contemporary Arts Center, both the museum and its director were charged with pandering obscenity and child pornography. It marked the first criminal prosecution of a museum for one of its exhibits in U.S. history. That fall, following a ten-day trial, a Cincinnati jury acquitted the center of all charges.

But that wasn’t the end of litigation. In 2014, Mark Bolles was arrested in Texas for viewing pictures of nude children on a public library computer. A search of his phone revealed an image of Mapplethorpe’s “Rosie,” and a second cropped image that was zoomed in on the three-year old’s vagina. Bolles was convicted of possessing child pornography and was sentenced to two years in prison; a decision later upheld by the Texas court of criminal appeals.

Today, Mapplethorpe and his photographs have become martyrs for the anti-bourgeois. The Washington Post, for instance, has waged a thirty-year campaign celebrating Mapplethorpe against what it sees as provincial and prudish conservatives. In 2016 the Postcalled the protest outside the Corcoran “dazzling” and “stunning,” while last year it lovingly described Mapplethorpe’s photographs as “innocent” and “childlike.” So when the corporate press defends Cuties by labeling its critics “scandal-mongers” who are “terrified of child sexuality,” it’s all within the same pattern of behavior.

“There is in the professional art world a sentimental attachment to the idea that art is at its best when it is most extreme and disruptive,” wrote Hilton Kramer, chief art critic of the New York Times, in 1989. “In lieu of an authentic avant-garde in art, we now have something else—that famous ‘cutting edge’ that looks more and more to an extra-artistic content for its fundamental raison-d’etre.”

The same problem continues today. “A lot of times, unfortunately, I think people get lost in thinking something’s art and they don’t realize how inappropriate it is,” commented Grace Randolph, film critic and entertainment journalist, regarding Cuties. “I feel like a lot of times critics, artists, they get so lost in pushing the edge of the envelope.”

The art establishment must stop viewing itself as separate from, or even above, the respectable standards of our society. “Controversial” and “offensive” cannot continue to be synonyms for “good art.” When people defend Mapplethorpe’s photographs of children, or the marketing of Cuties, they step too closely to the cinematic line of Jack Nicholson’s Joker in defense of his own cruelty: “I make art until someone dies.”

Hunter DeRensis is Assistant Editor at the Libertarian Institute and a regular contributor to The American Conservative. You can follow him on Twitter @HunterDeRensis.