Ginsburg’s loyalty to leftism meant she was often intellectually dishonest 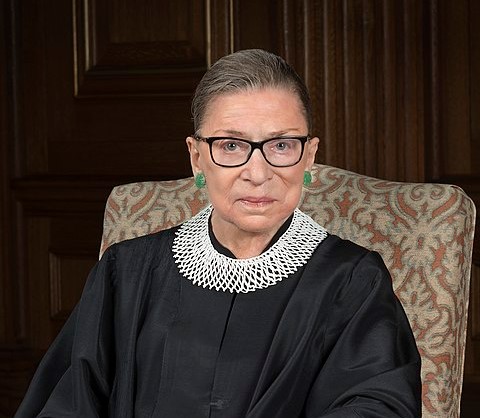 I always felt a sense of dread when I had to read one of Justice Ginsburg’s decisions as part of my legal research. Her writing was turgid and convoluted. The worst thing about her decisions, though, was how she misused case authority to create new principles out of whole cloth. Nothing shows that more than in her determination to bypass our American Constitution and law and look to foreign constitutions, laws, and customs.

Ginsburg did not much like our Constitution, and she wasn’t shy about showing it. In 2012, Ginsburg showed up in Egypt, offering some “helpful” advice to the Muslim Brotherhood in Egypt as it was contemplating the Egyptian Constitution of 2012:

“I would not look to the U.S. Constitution, if I were drafting a constitution in the year 2012,” Ginsburg said in an interview on Al Hayat television last Wednesday. “I might look at the constitution of South Africa. That was a deliberate attempt to have a fundamental instrument of government that embraced basic human rights, have an independent judiciary. It really is, I think, a great piece of work that was done.”

In July 2010, Ginsburg spoke at the International Academy of Comparative Law at American University. Her thesis was that the Court should be free to look to foreign law and even blogs for authority when deciding cases involving issues confined with America’s borders, such as homosexual relations and the death penalty. To support her thesis, she cited to three cases, The Nereide, 13 U.S. 388 (1815), The Paquete Habana, 175 U.S. 677 (1900), and Martin v. Hunter’s Lessee 14 U.S. 304 (1816):

The law of nations, Chief Justice Marshall famously said in [The Nereide in] 1815, is part of the law of our land. Decisions of the courts of other countries, Marshall explained, show how the law of nations is understood elsewhere, and will be considered in determining the rule which is to prevail here. Those decisions, he clarified, while not binding authority for U. S. courts, merit respectful attention for their potential persuasive value.

Decades later, in 1900, the U. S. Supreme Court reaffirmed that

“[i]nternational law is part of our law and must be ascertained and administered by [our] courts of justice . . . . [W]here there is no treaty, no controlling executive or legislative act or judicial decision, resort must be had to the customs and usages of civilized nations, and, as evidence of these, to the works of jurists and commentators, who by years of labor, research and experience, have made themselves peculiarly well acquainted with the subject of which they treat.”

The U.S. Supreme Court, early on [in Martin], expressed a complementary view: The judicial power of the United States, the Court said in 1816, includes cases “in the correct adjudication of which foreign nations are deeply interested . . . [and] in which the principles of the law and comity of nations often form an essential inquiry.”

Wow! That really does sound as if the Supreme Court can look to any law it likes when deciding a case. As she so often did, though, Ginsburg was misrepresenting the cases she was citing. The reason those cases spoke about international law was because they involved international problems.

The Nereide case arose when a Spanish citizen named Pinto sought to recover for goods seized from a British vessel during a battle in the War of 1812. Pinto claimed that, because he was not actively engaged in battle, the “law of nations” entitled him to recover his goods or their value. Marshall carefully analyzed the Constitution, laws, and treaties of the United States to see if there was anything that specifically addressed the facts of the case involving third party goods seized from an enemy vessel during a war.

It was in that context that Marshall said that, absent American authority for this international problem, “Till such an act be passed, the Court is bound by the law of nations which is a part of the law of the land.” Contrary to Ginsburg’s typically dishonest implication, Marshall was not saying that, for matters arising with America, the Supreme Court was free to look around for international authority it liked better.

Ginsburg also took the Paquete Habana case out of context to argue that the Supreme Court can roam the world finding things it likes better than the American Constitution and laws. The case arose in the context of vessels seized off the coast of Cuba during the Spanish American War.

Finally, the Martin case involved a land grant in Virginia from one British subject to another British subject during the Revolutionary War. The case struggling to define the new nation’s controlling jurisdiction and law. The language Ginsburg quoted about foreign law arose in a discussion about “cases of admiralty and maritime jurisdiction,” which “embraces all questions of prize and salvage.” (And of course, these matters arise in international waters.)

The reality was that Ginsburg was an internationalist. She found that American law got in the way of her vision of global values about abortion, gay marriage, health care, or whatever other leftist fad was argued before her. Therefore, in her usual squirrely fashion, Ginsburg blatantly misrepresented unambiguous case authority to make her point. I wouldn’t be surprised if one of the reasons she was such an advocate for the club-like civility of the Supreme Court was that it kept the other members from calling her out on her dishonesty.