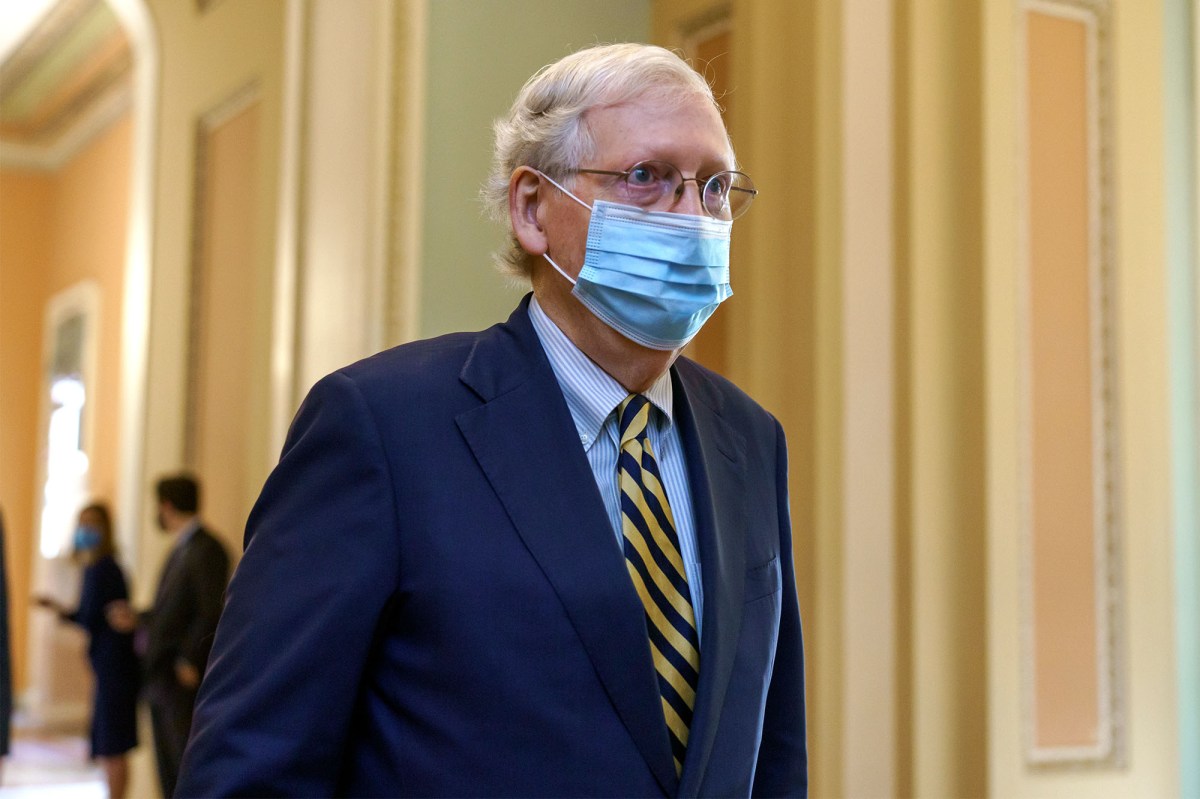 McConnell says there is “overwhelming precedent” for the Senate to act quickly on a nomination.

“The Senate has more than sufficient time to process a nomination. History and process make that perfectly clear,” McConnell said, noting that Ginsburg’s nomination was filled in just 42 days.

The Kentucky lawmaker noted that there were 43 days until the presidential election and 104 days until the end of this Congress, rebuking claims from Democrats that a Supreme Court vacancy couldn’t be filled in such a short period of time.

Republicans led by McConnell infamously blocked President Barack Obama’s nominee Merrick Garland in 2016 because it was an election year, and demonstrators this week have protested at McConnell’s house.