One of Mueller’s top deputies turns on him, says he let the American people down 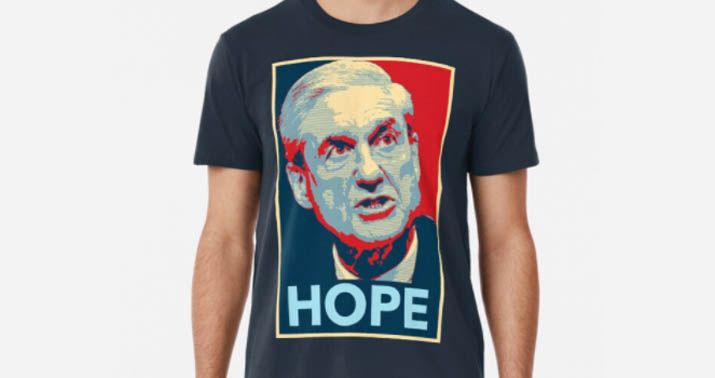 One of Robert Mueller’s top deputies is about to publish a book about the inner workings of the special counsel investigation. In a piece about the book, Andrew Weissman told the Atlantic that he was “frustrated” he Mueller report hadn’t gone harder after the president:

Weissmann offers a damning indictment of a “lawless” president and his knowing accomplices—Attorney General William Barr (portrayed as a cynical liar), congressional Republicans, criminal flunkies, Fox News. Donald Trump, he writes, is “like an animal, clawing at the world with no concept of right and wrong.” But in telling the story of the investigation and its fallout, Weissmann reserves his most painful words for the Special Counsel’s Office itself. Where Law Ends portrays a group of talented, dedicated professionals beset with internal divisions and led by a man whose code of integrity allowed their target to defy them and escape accountability.

“There’s no question I was frustrated at the time,” Weissmann told me in a recent interview. “There was more that could be done that we didn’t do.”

Weissmann blames a number of people for this failure including another top deputy to Mueller, AG Barr, and ultimately Mueller himself who he agreed had let the country down.

By abdicating the role of prosecutor, Mueller cleared the way for Barr to take it on himself. Mueller and Barr were old friends. Several weeks before submitting the report, Weissmann writes, Mueller informed Barr of his intent to omit any legal recommendation. Barr didn’t object. Without telling Mueller, he saw a chance to disfigure the report into an exoneration of the president and thereby make its damning truths disappear. “Barr,” Weissmann writes, “had betrayed both friend and country.”…

In our interview, I asked Weissmann if Mueller had let the American people down. “Absolutely, yep,” Weissmann said, before quickly adding: “I wouldn’t phrase it as just Mueller. I would say ‘the office.’ There are a lot of things we did well, and a lot of things we could have done better, to be diplomatic about it.”

It’s incredible that Democrats are still whining about Barr’s summary of the report so long after the report itself has been released. It couldn’t be any clearer that what mattered most to them wasn’t the report but the Democratic PR effort surrounding it which never recovered.

There’s another way to look at this of course. What’s largely left out of the Atlantic piece and presumably the book it’s based on is that Democrats spent years hyping the Trump campaign’s alleged collusion with Russia as the thing that would force the president out of office. When Mueller couldn’t substantiate that, the people who’d pushed collusion the hardest had a choice. They could admit they got carried away with this in advance of the facts or they could find someone else to blame for their own failure.

Ultimately, the best person to blame is Mueller himself. He not only put out a disappointing report, he failed to impress when given a chance to make the case before congress. So clearly, the problem isn’t that Democrats were wrong all along, the problem is that Mueller wasn’t up to the task.

LOL. For 3 years, we were told Bob “WMD” Mueller was a man of such integrity, probity & courage that it was unpatriotic to criticize him & he would reveal All Truth.

Then he failed to deliver what liberal stars had promised, so now it’s open season: he’s a weakling & a coward: https://t.co/UOfRcUZE1O

This is what establishment media stars were feeding people for years, profiting off of with ratings & books, and showering themselves with Pulitzers for saying.

What else can they do to salvage their humiliation other than blame Mueller, not themselves?pic.twitter.com/nPlaq5YVxf

Amazing to watch: They didn’t get the results they wanted for their dark conspiracy theory they feed on, profited off of, and disseminated for years, so now they shift on a dime from “you’re not allowed to criticize Mueller” to “Mueller is a coward”: https://t.co/aJpETb1eeD

Weissmann is just one more person looking to cash in on all the people who bought into the collusion hype.