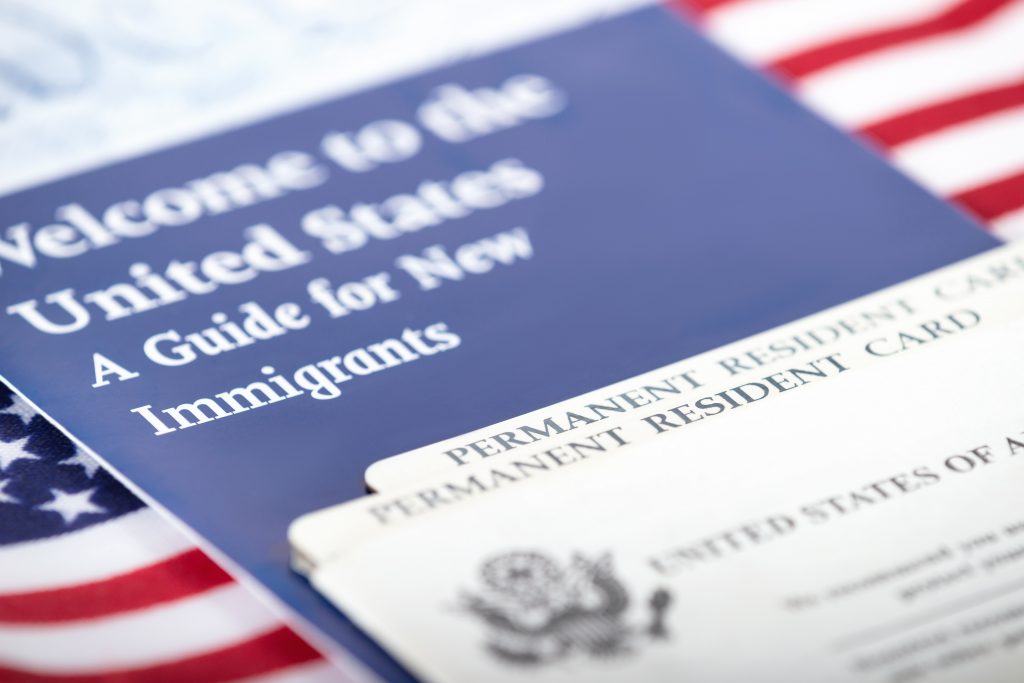 In the opening essay of the New York Times’s 1619 Project, Nicole Hannah-Jones highlights many of the contributions African Americans made to our country’s democracy. She rightly notes that, thanks to the Civil Rights Movement, we live today in a country that guarantees full rights to all of its citizens, regardless of the color of their skin.

The sacrifices of men and women like John Lewis, Andrew Young, Fannie Lou Hammer, and Pauli Murray ensured the passage of the Voting Rights Act and Civil Rights Act, legislation that gave the federal government the power to combat racial discrimination and unequal treatment under the law.

But she also posits this movement as the central force that liberalized America’s immigration laws; she uses this as an argument to imply that Asian Americans owe a special debt to African Americans, and suggests that there is something untoward about Asian Americans objecting to admissions systems that may discriminate against themselves:

But the laws born out of black resistance guarantee the franchise for all and ban discrimination based not just on race but on gender, nationality, religion and ability. It was the civil rights movement that led to the passage of the Immigration and Nationality Act of 1965, which upended the racist immigration quota system intended to keep this country white. Because of black Americans, black and brown immigrants from across the globe are able to come to the United States and live in a country in which legal discrimination is no longer allowed. It is a truly American irony that some Asian Americans, among the groups able to immigrate to the United States because of the black civil rights struggle, are now suing universities to end programs designed to help the descendants of the enslaved.

But is it true that it was solely because of “black Americans” that “black and brown immigrants from across the globe are able to come to the United States”?

A good way to start investigating this question would be to read a book written by another Times journalist, Deputy National Editor Jia Lynn Yang. Her book One Mighty and Irresistible Tide: The Epic Struggle Over American Immigration, 1924-1965, offers insight into the forces that shaped the immigration reform debate in the United States. One passage in particular deals with the relationship between civil rights and the INA:

To the extent that the  law’s significance has been discussed at all in recent years, it is typically treated as a footnote to the landmark civil rights legislation of the same era, and assumed to have been swept into existence by the undertow of the fight for black equality. While the civil rights movement did popularize a moral framework and contribute political momentum for the law, the Immigration and Nationality Act was the culmination of a distinct, decades-long struggle with its own set of players: the descendants of Jewish, Irish Catholic, and Asian immigrants who saw the country’s immigration system as a painful system of of nativist prejudice.

She goes on to list a few individuals who formed the basis of this group. They included liberal congressional lawmakers like Emanuel Celler and Herbert Lehman, as well as the Kennedys. Also included among this group were immigration activists “including Japanese-Americans whose families suffered in shameful internment camps during World War II.” Contra Hannah-Jones’s telling, the groups who advocated for the INA were diverse, and included even the Asians she implies are so indebted that they should accept discrimination in college admissions.

Americans of Italian and Eastern European descent formed a core contingent of immigration reform activists because the pre-1965 system was designed to benefit Northern Europeans, the descendants of people who founded the United States. That pre-INA regime was based on what was called the nation-origins quota system; under this system, immigration visas were doled out “to two percent of the number of people of each nationality in the United States as of the 1890 national census,” and excluded Asian immigrants altogether.

Italian-Americans made overturning this system a priority for their community, organizing themselves through the American Committee on Italian Migration (ACIM). Americans of Eastern European descent, Jewish Americans, and others organized their own efforts, demanding a change to a system that was preventing their friends and family from joining them in the United States.

In January of 1964, President Lyndon Johnson, who ultimately signed the act into law, met with immigration reform activists, he made sure to note how unfair the system was to Europeans outside of Northern Europe; he pointed out that Britain had a quota of 65,000 immigrants but had used less than half while Italy had a quota of only 5,645 and had a backlog of almost 300,000 people; Greece had a quota of just 308 with a backlog of over 100,000.

Long-time immigration journalist Margaret Sands Orchowski offers a more precise look at the forces that shaped the INA in her book The Law that Changed the Face of America: The Immigration and Nationality Act of 1965.

“It took years for civil rights to build into the nationwide public and political movement that eventually led to the Civil Rights Act of 1964 and the many associated acts of the Great Society in 1965,” she writes. “But immigration reform was not really a part of that movement. Even today in all of the historical events commemorating the Civil Rights Act and LBJ’s great society, the INA is hardly ever mentioned.”

Orchowski highlights the aforementioned Celler, a Jewish congressman who was leader of the House Judiciary Committee for around 40 years. “He did more than anyone to lobby for the repeal of the National Origins Quota Act,” she writes, pointing to the restrictive regime that governed the country prior to the passage of the INA. In addition to being Jewish himself, Celler represented a district with a large Jewish population, and the laws that prevented many Jews from fleeing Germany’s lethal anti-Semitism by coming to the United States weighed on his heart.

One day, a rabbi in a black hat and long coat appeared at his home. “Don’t you see, can’t you see?” the rabbi asked. “Won’t you see that there are millions—millions—being killed? Can’t we save some of them? Can’t you, Mr. Congressman, do something?”

Celler told him there was nothing he could do. The rabbi replied, “If six million cattle had been slaughtered, there would have been greater interest.” The congressman began to weep when told this.

For years, immigration issues had been handled in Congressional committees dealing with labor—immigrants were seen largely as a labor pool. Celler helped change that.

“Manny Celler managed to get immigration into the Judiciary committee,” Orchowski told TAC in an interview. “That changed the whole focus on immigration from a labor thing to a justice [thing].”

Following the conclusion of the war, Celler worked to liberalize American immigration laws. He helped pass a bill that allowed 339,000 Displaced Persons to come to the United States, including many Jews.

Over the next few decades, he continued to work to liberalize American immigration laws, pushed by Jews and others who were discriminated against by the current system. That culminated with him writing and passing the INA, which is also known the Hart-Celler Immigration Act of 1965.

While Hannah-Jones’s telling excludes the work Jewish Americans and Americans of Eastern European descent did to pass the INA, it also fails to consider the motivations of the lawmakers who passed it. If the INA was nothing more than a direct descendant of the Civil Rights Movement, you might assume that the lawmakers who passed it did so in the name of racial equality. But the INA focused on national origin, not race, and Members of Congress who supported it bent over backwards to insist that it would not change America’s ethnic makeup.

The right-wing Center for Immigration Studies (CIS), which advocates for severely restricting the number of immigrants allowed into America, cites a series of quotes from lawmakers insisting that the bill would not change the makeup of American demographics.

Those lawmakers include Celler himself, who stated that “with the end of discrimination due to place of birth, there will be shifts in countries other than those of northern and western Europe….There will not be, comparatively, many Asians or Africans entering this country.”

Massachusetts Senator Edward Kennedy, the stalwart liberal, vowed that “the ethnic mix of this country will not be upset.”

“They mainly thought it would be Europeans and Jewish families [who would benefit],” Orchowski told TAC.

To the chagrin of CIS, these lawmakers were wrong. The INA considerably changed America’s ethnic makeup, particularly by increasing immigration from Asia. But the fact that lawmakers who supported the bill swore up and down that it wouldn’t change America’s racial makeup suggests that the spirit of the bill was not focused purely on equality among all races.

As the son of immigrants who came to the U.S. after 1965 myself, I know I owe a debt to Martin Luther King Jr., and other Civil Rights Movement activists, some of whom never became famous and whose names we will never know. African Americans who struggled in the face of the brutality of Jim Crow struggled bravely for the rights of the descendants of recent immigrants like me by helping pass the Voting Rights Act and Civil Rights Act.

But so did Emanuel Celler, the American Committee on Italian Immigration, and the many Jews, Asian Americans, and Americans of Eastern European descent who were part of the same struggle to overturn America’s once-discriminatory immigration laws. History isn’t as simple as black versus white, despite Hannah-Jones’s desire for it to be so, and we certainly shouldn’t distort history to try to justify discrimination that may take place today.

Zaid Jilani is a freelance journalist who in the past has worked for UC Berkeley’s Greater Good Science Center, The Intercept, and the Center for American Progress.