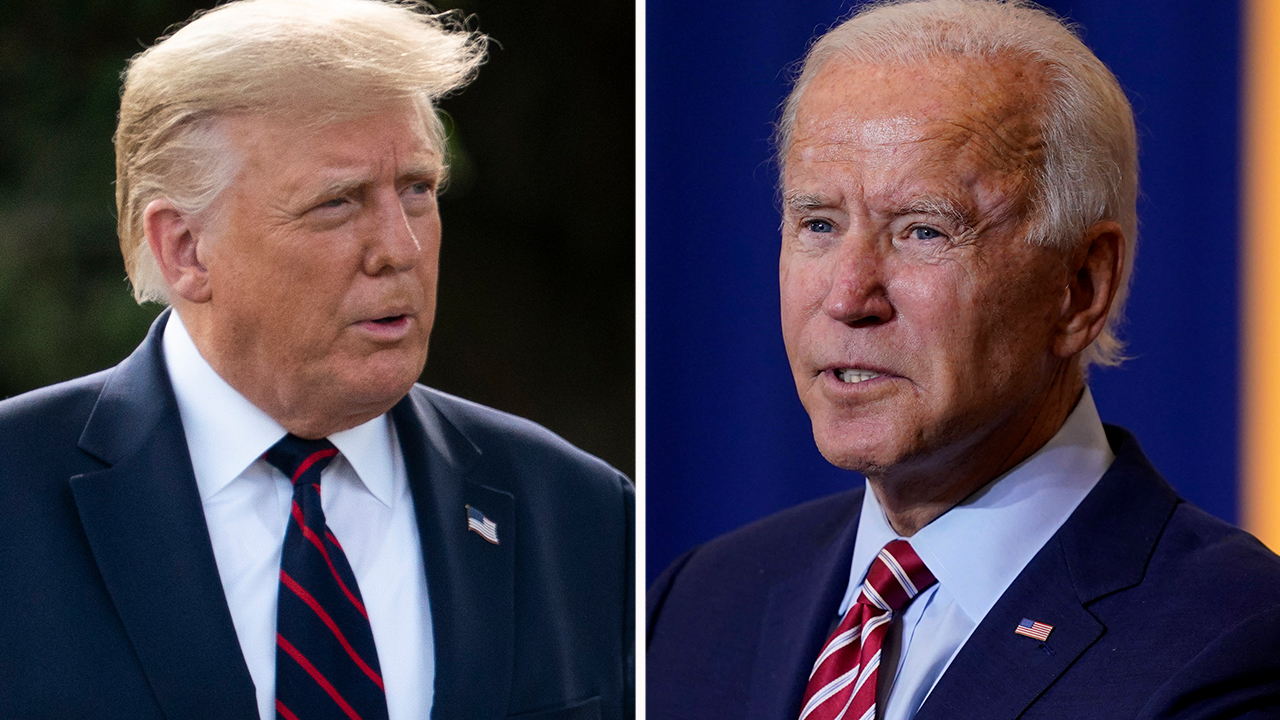 The Trump campaign says they are expecting a “tuned in” Joe Biden during the first presidential debate next Tuesday, casting the former vice president as a seasoned politician who “knows his way” around the debate stage.

President Trump and Biden are set to face-off before America for the first time next week, and senior Trump campaign officials are raising expectations, saying they are prepared for a Biden that is “ready for action.”

TRUMP ON PREPARING FOR FIRST DEBATE: ‘I DON’T KNOW WHICH JOE BIDEN IS GOING TO SHOW UP’

“Joe Biden has been a Washington politician for 47 years, he spent decades in the Senate where all they do is debate, he was vice president twice, and debated on the national stage in each of those races, and did very well,” Trump campaign Communications Director Tim Murtaugh said in an interview with Fox News Monday.

“In the Democrat primaries, he debated a whole crowd of opponents, 11 times, and he won,” he continued. “He bested two dozen Democrat challengers.”

Murtaugh added that Biden “knows his way around the debate stage.”

“He knows how to do it,” he said. “He’s actually quite good. That’s the Joe Biden we expect to see on debate night.”

Murtaugh added: “We have to be prepared for the tuned-in Joe Biden.”

Murtaugh’s comments come as the president has questioned whether Biden was taking medication to enhance his debate performances — a topic he has raised repeatedly in the past several weeks, while calling for a mandatory drug test ahead of the general election debates.

Trump offered no evidence to support his claims nor did he say what drug he thought Biden was taking.

The president, during an exclusive interview with “Fox & Friends” Monday, though, said he thinks Biden is “a professional.”

He added: “I don’t understand what’s going on, he doesn’t seem to be answering questions and he can’t answer questions.”

Nevertheless, Trump went on to say that he expects Biden is “going to do great” during the debates because of his 47 years of experience in Washington.

Meanwhile, with regard to a potential drug test, though, Murtaugh told Fox News that “without question, sometimes Joe Biden is befuddled,” but added that “we’ve seen that when the TV lights come on, he is able to turn it on and perform.”

“Anybody who is watching knows that Joe Biden has his good days and his bad days, and there has to be some explanation for that,” Murtaugh said.

“And what it is is an opportunity to further define Joe Biden as a tool of the extreme left,” Murtaugh explained. “The reason Democrats don’t want Joe Biden to debate is because they know he’ll be forced to defend the radical agenda that has been forced on him by the extreme left.”

He added: “He is still the Trojan horse candidate, the empty vessel the radical left has filled with crazy ideas.”

Murtaugh said that the campaign is “looking forward to exposing” what they call the “indefensible” policies the former vice president’s campaign is running on.

“The reason why Democrats like Pelosi and others don’t want him to debate is because they don’t want the American people tuning in and hearing what Joe Biden is actually running on,” Murtaugh said. “Because they know most Americans would not agree with it.”

Meanwhile, last month, the Biden campaign denied that the former vice president was on any drugs during the debates and blasted Trump as a liar.

“We know it’s unbelievable to Donald Trump, but Joe Biden can speak honestly without a shot of truth serum,” Andrew Bates, a spokesperson for Biden’s campaign, told Fox News. “We’d like to see Trump do the same.”

The early months of Biden’s third White House bid were marked by uneven debate performances and winding town halls in Iowa and New Hampshire. The floundering led to numerous stories about Biden’s gaffes and near-constant attacks from Trump about Biden’s mental fitness.

Since then, however, the former vice president has drawn praise for both his performance against Sanders in March and, more recently, for his speech at last month’s Democratic National Convention.

“Fox News Sunday” anchor Chris Wallace has been selected to moderate the first presidential debate between Trump and Biden, the non-partisan Commission on Presidential Debates (CPD) announced earlier this month.

The debate is scheduled to take place Tuesday, Sept. 29 in Cleveland.