TRUMP TO WOODWARD: I’M BEST ON JUDGES, OTHER THAN GEORGE WASHINGTON… 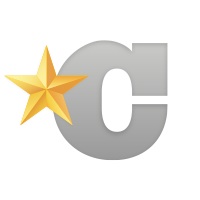 WASHINGTON – When President Donald Trump sat down in the Oval Office with author Bob Woodward for the first of 18 eventual interviews, the president brought up judicial appointments four times and had a list of judicial appointment orders displayed, prop-like, on the Resolute Desk – “kind of like he was cherishing it,” Woodward recounted.

Now, as Trump prepares to announce a nominee to replace Supreme Court Justice Ruth Bader Ginsburg, who died Friday night at age 87, those interviews reveal a president animated about remaking the courts and working with Senate Majority Leader Mitch McConnell, R-Ky., to appoint conservative judges. Some of the conversations were chronicled in Woodward’s new book, “Rage,” while audio recordings of others were obtained by The Washington Post.

In a mid-December interview with Woodward, Trump boasted that he and McConnell “have broken every record” on judges, saying the issue is the majority leader’s top priority.

“You know what Mitch’s biggest thing is in the whole world? His judges,” Trump enthuses, explaining that faced with a choice between pushing 10 ambassadors or a single judge through the Senate, “he will absolutely ask me, ‘Please, let’s get the judge approved instead of 10 ambassadors.’ “

In January, the president bragged that he had installed 187 judges to the federal bench – making 1 in 4 circuit court judges a Trump appointee – and two to the Supreme Court.

“The only one that has a better percentage is George Washington, because he appointed 100%,” Trump told Woodward, a Pulitzer Prize-winning journalist and Washington Post associate editor. “But my percentage is, you know, like, ridiculous.”

During a May interview, Trump also crowed about how President Barack Obama had left him more than 100 court vacancies to fill when he took office, referring to them as “golden nuggets.”

The numerous judicial slots Trump was able to fill upon entering the White House were a result of McConnell’s deliberate effort to block and delay Obama’s nominees – reducing the confirmation of judges to the slowest rate in more than 60 years.

Woodward’s book overall paints a damning portrait of Trump’s first term, depicting a president who knew the risks of the novel coronavirus as early as January but continued to deliberately mislead the American public. The nation is approaching 200,000 dead from the virus, with millions more sickened or unemployed and struggling.

Woodward ends with a grim assessment: “When his performance as president is taken in its entirety, I can only reach one conclusion: Trump is the wrong man for the job.”

Trump, for his part, has raged against Woodward and the book, trashing them both in campaign rallies and tweets. “Bob Woodward’s badly written book is very boring & totally ‘obsolete,’ ” Trump wrote in one tweet, dismissing the author as “just another tired, washed up Trump Hater.”

On judges, Trump – who has made more than 20,000 false or misleading statements during his presidency – has frequently overstated the number of judges he has named to the bench. In a March interview with Woodward, he claimed that he had just signed his 220th judge and expected to be at “260, 270, maybe even 280, maybe even 300” by the end of his first term. As of this week, the Senate has confirmed 216 of Trump’s judges.

Still, remaking the bench with conservatives is one of Trump’s key accomplishments, so much so that Woodward responded with a joke: “Maybe they’ll put a statue of you outside the Supreme Court.”

The president took to the suggestion instantly. “Oh, what a good idea,” Trump said. “I think I’ll have it erected tomorrow. What a great idea. I’ll think I’ll use it.”

Judicial appointments have engaged Trump more than many other policymaking topics, in part because he appears to understand the political ramifications for himself. In 2016, Trump released a list from which he would choose the men and women to fill any Supreme Court vacancies – a move that proved crucial in reassuring Republicans and evangelicals that they could trust him to govern as a conservative. This month, he reprised that playbook, releasing another list of 20 names.

In 2013, Democrats – who then controlled the Senate – invoked the so-called “nuclear option” for judicial nominees, changing the rules so federal judicial nominees only required confirmation by a simple majority of senators, instead of the previous 60-vote supermajority that created incentive for bipartisanship but also, under McConnell, allowed Republicans to block or slow-walk most of Obama’s nominees.

At the time, a number of senators – including Lindsey Graham, R-S.C. – expressed concern, worrying that the rule change would encourage parties to appeal to their most hard-line factions and create an increasingly partisan Supreme Court.

When asked whether Trump shared Graham’s worry, the president acknowledged the fear, before dismissing it as reality.

When Woodward noted that Jimmy Carter, a Democrat, never had a Supreme Court opening during his presidency, Trump said, “He deserved none.”

Woodward also asked Trump about Gorsuch leading the court in a landmark decision in June, when it ruled against the administration in offering sweeping protections for LGBTQ people against workplace discrimination.

When Woodward noted that Gorsuch voted “against your administration’s position,” the president seemed to accept the decision, saying, “Yeah, but this is the way he felt. And, you know, I want people to go the way they feel.”

Still, Trump lamented that the ruling “opens the spigots for a lot of litigation.”

When Woodward said he believed that Trump might have joined the majority decision if he were on the court in favor of “more freedom,” the president considered the idea, before saying, “Well, I’ll never get that vote.”

“Well, maybe you can appoint yourself,” Woodward joked.

“I am what’s good for the people,” Trump responded. “All people. So, you know, that’s where I am.”