“Cries for help” as Minneapolis residents wonder where the police went 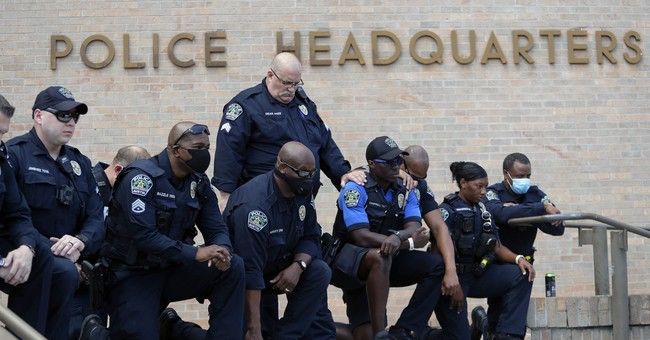 Over the weekend, we looked at the deteriorating conditions in Minneapolis’s 3rd precinct and the Police Chief’s sad acknowledgment that reinforcements aren’t on the way. But the troubles in that city are hardly limited to the 3rd precinct. Nearby, in the 4th precinct, conditions are much the same and the area’s elected officials are getting an earful about it from residents and business owners. Crime rates have been readily rising and far too often there are no police available to quickly answer a cry for help. “Cries for help” is precisely how the situation is being described by the local press and the frustration among those worried about becoming the next victim is palpable. (CBS Minnesota)

Cries for help continue to come out from residents in the fourth precinct.

“Help us, come and see what’s going on and we’re really not getting any responses from the Mayor or city council we feel kind of alone right now,” Liz Cruz said.

“This is something we have to treat urgently before more people die,” Taylor said.

All the cries for help have one thing in common – all say they have not heard directly from city leaders about a plan to attack the uptick in violence.

One of the few responses that residents have received from the Police Chief there is that they are currently “running the police we do have ragged” and they “need some kind of help from somewhere.” But just as with the 3rd precinct, they have no plan in place to present to the city. The cops have been defunded, seen their budget additionally slashed because of COVID-related revenue shortfalls and generally grown dispirited over the treatment they are receiving both from City Hall and the protesters in the streets.

The 4th precinct is also the location of the new CHOP/CHAZ zone that John wrote about yesterday. Signs have gone up declaring it to be “the free state of George Floyd.” That’s an entire horror show of its own. One business owner inside the zone has been raided and physically attacked at least three times now, with one assault sending him to the hospital. But every time he’s called the police, they’ve been unable to reach him in time to stop the invasion or make an arrest.

The police claim that the area is “under control” and the streets will be reopened this winter, but we’re certainly not seeing any signs of that yet. Meanwhile, both property crime and violent crime continue to rise. When you hollow out your police department, criminals notice and they tend to take advantage of the situation. Minneapolis is clearly no exception to that rule, and both the residents and the business owners are paying the price for it.

Keep in mind that the President has already offered to send in additional federal agents or even military troops to help restore order, but both the Mayor and the Governor have rebuffed him. They keep insisting that everyone needs to listen to the “peaceful protesters” and find ways to address their concerns. But the people setting up autonomous zones and looting all of the stores don’t give a hoot about George Floyd, police reform, or anything else that politicians may have to say. Their business is crime and business is booming right now. We should probably add Minneapolis to the list of cities where the best advice for the residents is simply to flee if you have the means to do so. There’s no telling when things are going to return to “normal” there, assuming they ever do.