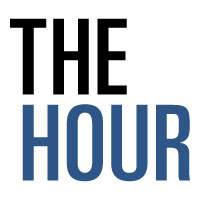 WASHINGTON – Senate Democrats and their liberal allies confronted the reality Monday that they have no path to blocking President Donald Trump’s pending Supreme Court nomination other than a political pressure campaign that peels away a minimum of four GOP votes.

Deep into their sixth year in the minority, Democrats can use some procedural tactics that might briefly slow the confirmation process, but if at least 50 Republicans approve of Trump’s pick to replace the late Justice Ruth Bader Ginsburg, that nominee is certain to be seated.

Publicly, Democrats vowed to fight with every fiber in the Judiciary Committee confirmation hearings and on the Senate floor as the liberal alliance of outside interest groups began planning how to mount a campaign that would try to turn Republicans against the nominee. But the process ahead leaves no room for error, and even a perfectly executed pressure campaign could fall short.

“We’re in a situation where Mitch McConnell is the only person in this building that can decide when and whether and how to move the nomination forward. My hope is that there will be enough Republicans to stop it, but I don’t think the likelihood of that is high,” said Sen. Michael Bennet, D-Colo.

Senate Majority Leader Mitch McConnell, R-Ky., made clear Monday that he will press ahead with the confirmation process 43 days before the election, shrugging off criticism that his actions were brazenly hypocritical. In 2016, McConnell refused to consider President Barack Obama’s nominee for a court vacancy eight months before the election, insisting that voters should have a say.

Senate Minority Leader Chuck Schumer, D-N.Y., appeared to recognize the limited leverage. In a floor speech Monday, he did not threaten retaliatory tactics per se, should Republicans move a nominee through before the election. But he sought to shame his GOP colleagues by holding up their previous words about election-year Supreme Court nominations to suggest they were being insincere.

Confirming a replacement, Schumer argued, could upend the Senate entirely, spelling “the end of this supposedly great deliberative body.”

“If a Senate majority over the course of six years steals two Supreme Court seats using completely contradictory rationales, how could we expect to trust the other side again?” he asked. “How can we trust each other if, when push comes to shove, when the stakes are the highest, the other side will double cross their own standards when it’s politically advantageous?”

McConnell, expanding on a rule change that Democrats made when they were in charge, has lowered the threshold to break a filibuster to a simple majority for all presidential nominations, leaving the 47 members of the Democratic caucus with little power.

Two Senate Republicans have said the Senate should wait until after the election: Susan Collins of Maine, who faces a difficult reelection battle in a Democratic-leaning state; and Lisa Murkowski of Alaska, who publicly broke with Trump after his actions during this summer’s protests against racial injustice.

With 53 Republicans in his caucus, McConnell can afford to lose one other vote and muscle the nominee across the finish line with Vice President Mike Pence providing the tie-breaking vote.

Democrats are eyeing Sen. Mitt Romney of Utah, the lone Republican to vote to convict Trump in last winter’s impeachment trial, but the 2012 GOP presidential nominee has been supportive of the president’s judicial nominees. He said Monday that he will wait until he talks to his colleagues.

Outside liberal groups began their pressure campaign Monday, including predawn protests outside the Capitol Hill home of Sen. Lindsey Graham, R-S.C., chairman of the Senate Judiciary Committee. Graham originally pledged to never consider a Supreme Court nominee during a presidential election year but disavowed that statement after Ginsburg’s death provided an opening for Republicans to claim the seat of the most liberal member of the court.

Other groups were talking about mounting an ad campaign. Demand Justice, a group founded by former Schumer staffer Brian Fallon, pledged $10 million to fight the nomination. They’ve already been in touch with Senate Democrats to sync up strategy and messaging.

In a Monday interview, Ben Jealous, the president of People For the American Way, said his group was already cutting ads and organizing ground-game campaigns to pressure GOP senators. They were preparing to target some Republicans facing reelection, such as Sens. Joni Ernst of Iowa, Cory Gardner of Colorado, Graham and some they think could be compelled to vote differently should enough constituents balk.

The latter list includes Romney and Sens. Tim Scott of South Carolina and Lamar Alexander of Tennesse. Alexander is retiring but made clear in a statement Sunday that he backed McConnell.

“It’s going to be an intense push – we’ve got to take the argument directly to the people of the country,” Jealous said. “At the end of they day, they’re the only ones who can push back against the special interests backing Trump and McConnell right now. . . . There’s very little that the Democrats can do procedurally to stop this. This is all about mobilizing the people of the country to appeal to the moral conscience of Republicans during this pandemic.”

In one digital ad, the group will run a clip of Graham justifying the GOP’s refusal to give Obama’s Supreme Court nominee Merrick Garland a hearing in 2016 because it was an election year – as well as his instruction to “use my words against me” if the tables ever turned. “It’s time for Senator Graham to honor his word,” the narrator says in the ad, which will go up shortly.

Vanita Gupta, president and CEO of the Leadership Conference on Civil and Human Rights, a coalition of about 220 liberal groups, said her group also would be running ads and organizing in states where vulnerable Republicans are on the ballot in November. That, she argued, was Democrats’ “main lever” for stopping confirmation: pressuring those most likely to lose.

“The main thing is really to hone in on is what’s at stake right now for Americans on health care, on women’s access to abortion and reproductive rights, racial justice, voting rights – the court touches all of this,” she said.

Their conservative counterparts are planning their own offensive. On Monday, the Judicial Crisis Network announced an initial $2.2 million ad campaign to support whoever the nominee is, ensuring a clash of TV commercials and digital ads across the nation.

Liberal groups have had some mixed success on such campaigns before, in part because they have lagged behind their conservative counterparts in Supreme Court showdowns.

In 2016, after Justice Antonin Scalia’s death, Democrats originally planned a $36 million campaign to boost Garland, but the donations barely materialized. Ultimately the liberal groups raised and spent less than $10 million because their donors wanted to focus instead on the 2016 White House race instead, according to journalist Carl Hulse’s book “Confirmation Bias.”

Some Democrats are pushing to go further than a public pressure campaign against the GOP. On Sunday, Rep. Alexandria Ocasio-Cortez, D-N.Y., said the party should leave open the possibility of impeaching Attorney General William Barr, hoping it would force a trial in the Senate that would prevent the confirmation until at least after the Nov. 3 elections. Impeachment rules require that the upper chamber take up articles of impeachment immediately, so a House impeachment power play could gum up the confirmation process, at least in theory.

“These are procedures and decisions that are largely up to House Democratic leadership,” Ocasio-Cortez told reporters. “But I believe that, also, we must consider, again, all of the tools available to our disposal and that all of these options should be entertained and on the table.”

House Speaker Nancy Pelosi, D-Calif., would not rule out the possibility when asked about it Sunday. But House Democratic officials, speaking on the condition of anonymity to talk frankly, downplayed this possibility, arguing that it would look overtly political.

A few Democrats were privately more interested in holding a stopgap government funding bill hostage to try to get what the party wants. The government runs out of spending authorization at the end of the month, and lawmakers are trying to put the finishing touches on an agreement to keep the government running. Some have toyed with the idea of using the legislation as leverage

But Pelosi during a Sunday interview panned the idea, which probably would blow back on Democrats politically.

Yet another group of Democrats wants to hear Senate Democratic leadership make some sort of “threat” that will make Republicans think twice. Some have pushed for more talk of a possible Senate Democratic majority expanding the number of justices on the Supreme Court should they reclaim the upper chamber on Election Day.

But Schumer has not weighed in on that possibility, resorting to the same language of keeping all possibilities “on the table” and arguing instead that voters need to give the chamber to Democrats for them to even viably consider the option.

“We first have to win the majority before that can happen,” he said Sunday when asked about expanding the court. “But once we win the majority, God willing, everything is on the table.”