One team down, four to go. They neutered the Redskins, who now go about as the Washington Football team. Who’s next? Simon Moya-Smith called for the renaming of the Kansas City Chiefs, Chicago Blackhawks, Cleveland Indians and Atlanta Braves to prevent the “dehumanization and commodification of an entire race of people.” 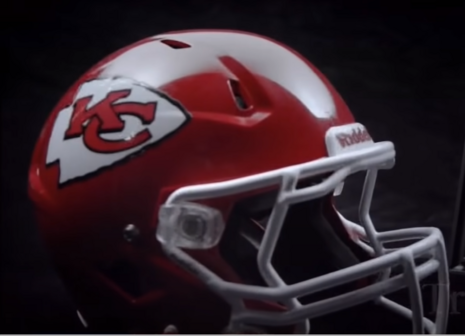 In an article published by NBC’s lefty “Think” site, the self-identified writer, activist, and professor of new media focused his complaints on the Kansas City Chiefs. Moya-Smith declared that the Chiefs dehumanized Native Americans by using an important tribal position for a football team’s name.

“Rather, the issue at hand, which has been the issue at hand for decades, is that appropriating a revered title that can only be earned by a small number of individuals in Native communities and applying it to a sports term to denote a kind of physical aggression is part and parcel of the dehumanization and commodification of an entire race of people.”

Does that mean he wanted the San Diego Padres to change their team name too? Being a priest is a revered title that can only be earned by a small number of individuals in the Catholic Church, so logically, the Padres dehumanized all Catholics around the world by making their priests denote “physical aggression.” Will Moya-Smith stand up for Catholics too?

Moya-Smith also complained that the problem with team names like Chiefs, Blackhawks, Indians, and Braves was that “Each holds open the door to “playing Indian,” mocking Native Americans and making excuses for people who want to do those things.” He redundantly stated that NFL usage of Indian names “enables waves of loathsome, anti-Native racist behavior in parking lots, stands, bleachers and sometimes in the end zone.” He doesn’t need to worry. The Vikings have been an NFL team for more than fifty years, and racism against Scandanavian-Americans hasn’t been a problem.

“Normalization of anti-Native racism” begins in childhood, Moya-Smith believed, when children pretend to be Native Americans during their play time. He emphatically stated that “it actually teaches kids that it’s OK to play as another race when it’s not.”

Moya-Smith also whined that prohibition of headdresses and Native American face paint patterns was only enforced in Kansas City, and was afraid that fans would wear their racist attire in other stadiums. Who knew that wearing a headdress and mere children’s playing would mean “dehumanization and commodification of an entire race of people.”

The ending of the article called for people to “end racism.” So it would be best if Moya-Smith found actual racist acts and protested against those instead of spoiling football for everybody else.