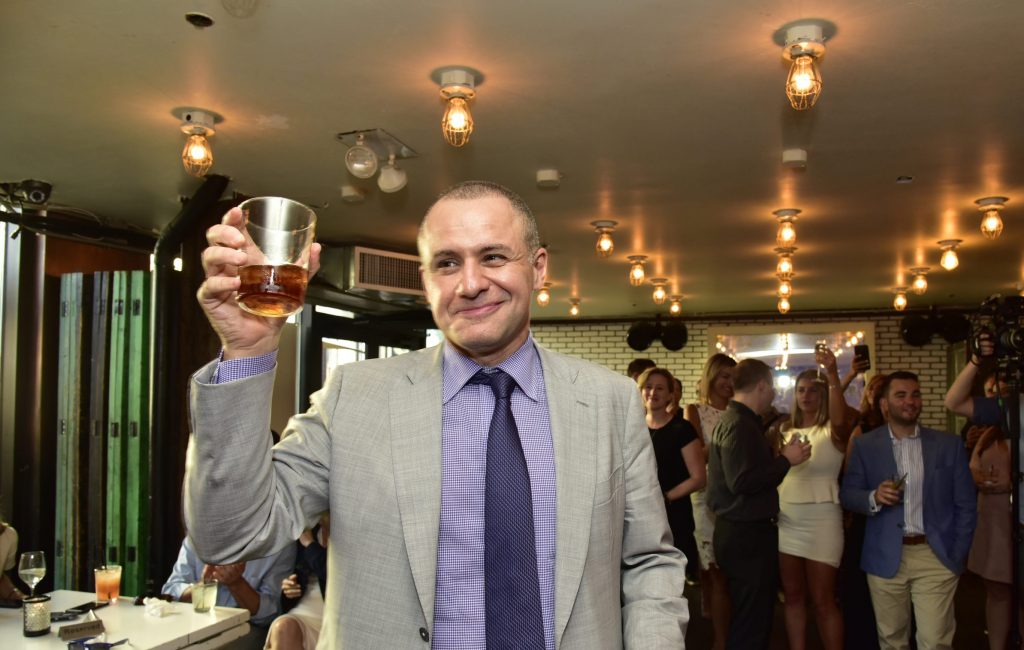 Earlier this month, Business Insider reported that a number of Pornhub’s top executives probably don’t exist. For all of the company’s most-quoted officials, no information, record, or verification can be found outside of scattered press releases and media quotes. Their social media profiles are either non-existent or completely devoid of details. Even official lines of communication are either dead ends or red herrings.

Maybe you remember him from the Mueller probe. Torossian was called to testify about professional conversations he had held with Paul Manafort and Rick Gates in the spring of 2012. These particular talks didn’t develop into a business relationship, but they were far from the PR executive’s only interactions with Donald Trump’s inner circle. Torossian has represented Jay Sekulow—a member of President Trump’s personal legal team—and brushed elbows with a horde of other Trump orbiters, including Rudy Giuliani. As recently as 2017, Torossian’s services were retained by the Eric Trump Foundation after reports that donated funds were not going where the president’s son said they were. An assistant to Eric Trump did not respond to The American Conservative‘s inquiries about the PR rep’s other clients.

Torossian also garnered a good bit of attention for his work with Sinclair Broadcast Group in 2017. Sinclair is a conservative, pro-Trump media conglomerate that came under fire for allegations that it had compelled its local affiliates to broadcast a statement condemning fake news. Torossian got to work quickly, waging a no-holds-barred campaign—he is renowned for his aggressive approach—against the broadcasting company’s critics. Sinclair is one of the biggest names to the right of center in the media world, and in their moment of need Torossian seems to have come through for them. Sinclair Broadcast Group has not responded to TAC‘s request for comment.

5W PR’s client list is hardly limited to the rich and powerful of right-wing politics, though. Their catalogue of corporate customers is enormous. A few names jump out. Topps, a decades-old company known mostly for its baseball cards, is touted on 5W PR’s website. Their specialization in sports collectibles and memorabilia means, of course, that Topps markets mostly to children and nostalgics. Likewise, Welch’s, a well-known peddler of grape-based products, makes use of Torossian’s firm. “Farmer owned. Family grown,” their website prominently boasts. Their PR campaigns are almost exclusively targeted towards families, with marketing materials generally featuring and aimed at children. Speaking of children—there are a surprising number of companies who make their money in childcare products on the 5W client list. These include baby bottle company Perry Mackin and nursery furniture firm Delta Children (who 5W has tweeted about this month), among others. One wonders if such family-friendly companies might have misgivings about sharing a public relations firm with the world-leader in the pornography industry. But we can’t know for sure—not one of them responded to TAC‘s requests for comment.

A glance further back into Ronn Torossian’s history will reveal that he was a longtime contributor to the New York Observer. Over a number of years, Torossian’s writings there focused mainly on Israel-related politicalconcerns, but occasionally digressed into culture, economy, and the workings of the PR industry. (The subheading of a January, 2015 article: “Odious clients who present a moral hazard should be rejected, no matter how lucrative the contract.”) Throughout this period, the now-defunct weekly newspaper was owned and published by one Jared Kushner.

A number of notable Christian televangelists have also hired 5W PR. These include such names as Creflo Dollar and Israeli-born “faith healer” Benny Hinn. Dollar, Hinn, and others in Torossian’s orbit are influential peddlers of the “prosperity gospel”—the belief that financial wealth is a sign of God’s blessing—a doctrine used by its advocates to justify amassing substantial personal fortunes. Trinity Broadcasting Network, also known and criticized for its prosperity gospel advocacy, has made us of Torossian’s services as well. TBN is the largest religious TV network in the entire world. (With the top evangelists and the top pornographers, Torossian really has his bases covered.) The network did not respond to TAC‘s request for comment.

The prosperity gospel has served Torossian well. The New York Post—where Torossian has also been known to contribute in the past—reported in 2018 on his acquisition of a condo on NYC’s Park Avenue for just under $17 million. On Twitter, Torossian recently posted a picture of himself seated in a vintage Jeepster Commando with the caption “New hamptons [sic] toy.” (In Torossian’s profile bio, sandwiched between two professional self-praises—“CEO @5W_PR, PR Agency of Year,” and “PR Executive of the Year”—is a different kind of boast: “Proud dad.”) Just how much of Torossian’s very public prosperity is thanks to a lucrative contract with Pornhub is unclear.

You’re unlikely to have heard about any of it, though—their PR outfit is top-notch. Torossian did not respond to our questions as of press time.