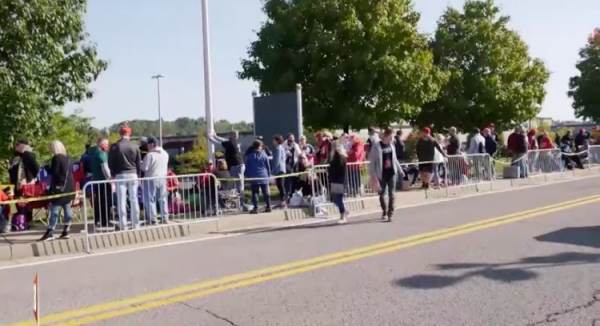 This is President Trump’s 4th trip to Pennsylvania this month!

Thousands of supporters lined up as far as the eye can see ahead of President Trump’s campaign event.

RSBN has footage of Trump supporters lining up 6 hours ahead of Trump’s arrival!

We’re still SIX full hours away. This thing will be massive.

LIVE: Trump supporters lining up hours ahead of campaign rally in Pennsylvania… https://t.co/2X2BFSAwag

Meanwhile, Joe Biden called a lid before 10 AM and shut down all press events for the day.