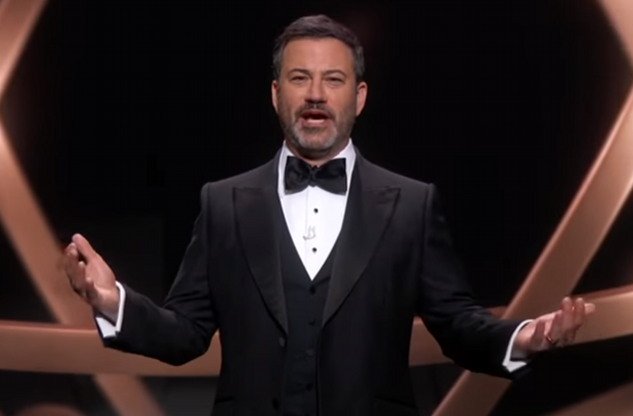 If you didn’t watch it, you are far from alone. The show delivered its lowest ratings ever.

Perhaps it had something to do with the constant Trump bashing and attempts to insult half of the country.

TRENDING: FBI Agent Who Uncovered Weiner Laptop with Hillary’s Emails says FBI Leadership Told Him to Erase All of His Findings

Kimmel, who hosted the awards for the third time, used his opening monologue to note how there was no audience at the Emmys this year due to the health and safety procedures in place amid the coronavirus pandemic.

“This isn’t a MAGA rally, it’s the Emmys. Instead of the live audience, we took a page from baseball and did cardboard cutouts of the nominees,” Kimmel said.

Idiots like Kimmel still think that bashing Trump and his supporters is somehow edgy and brave.

With jokes like these it’s a real wonder how they lost the night.

“Of course I’m here all alone. Of course we don’t have an audience,” Kimmel said. “This isn’t a MAGA rally — it’s the Emmys.” https://t.co/lSuVCLrxSR

Wanna see what the end game of social justice looks like? Here’s pathetic, timid, emasculated Jimmy Kimmel clapping like a seal and repeating phrases on command like a parrot.

How much worse will the ratings have to get for them to cancel the Emmys altogether?

Keep making fun of half of the country Hollywood, and you’ll find out.